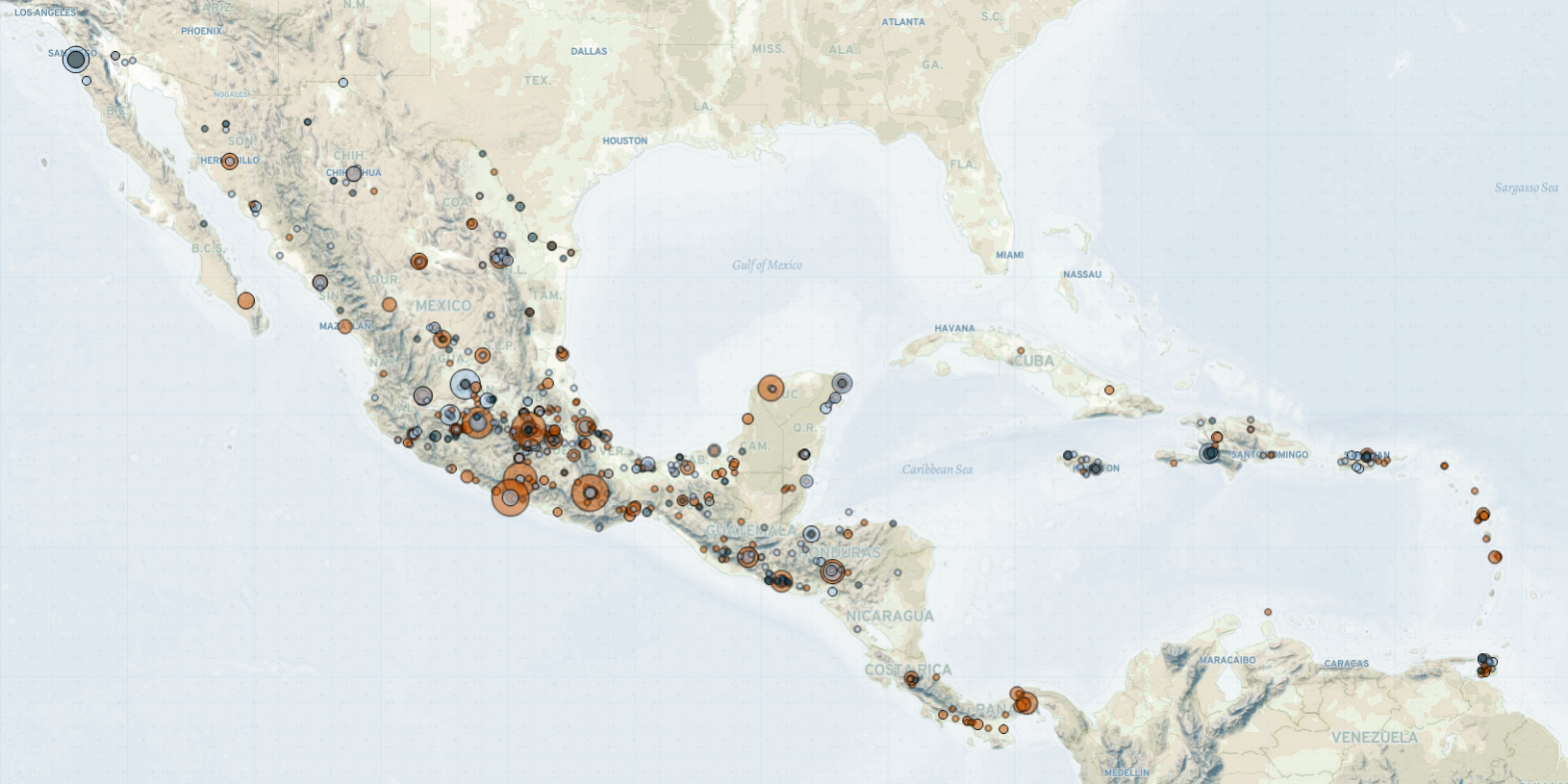 Last week in Mexico, Central America, and the Caribbean, attacks against Indigenous communities and social leaders increased while levels of demonstrations remained high. In Nicaragua, armed settlers attacked members of the Maygnas indigenous community, killing one Indigenous man while another three were reported missing. Violence against members of the Nicaraguan political opposition intensified last week, with police officers and unidentified suspects carrying out attacks against opposition activists in Nicaragua and Costa Rica, respectively. In Guatemala, unidentified gunmen killed three women social leaders in separate events in two departments. Meanwhile, in Mexico, people demonstrated against the legalization of abortion across the country. In El Salvador, workers at San Salvador city hall protested against unjustified dismissal.

Also in Nicaragua, police officers attacked and detained a transgender activist and member of the political opposition in the municipality of San Juan del Rio Coco last week. Law enforcement officers raided the activist’s house after members of the Councils of the Citizen Power, community-based organization established by the government, accused her of engaging in anti-government plots (Articulo 66, 7 October 2021). The officers beat the activist and members of her family, leaving her mother seriously injured. The activist had previously been arrested in 2018 for her participation in anti-government protests (La Prensa, 21 March 2019). Thus far in 2021, state forces have arrested at least 37 members of the political opposition, including presidential candidates, as President Daniel Ortega seeks to secure his third mandate in the upcoming general elections scheduled for 7 November (CNN, 8 October 2021).

Similarly, in Costa Rica, an armed man physically assaulted and threatened a Nicaraguan critic of Ortega’s regime on 3 October. The victim fled to Costa Rica in 2018, having previously been the target of attacks by Nicaraguan state forces for her participation in anti-government demonstrations (Human Rights Commission, 21 July 2021; La Nacion, 22 January 2019). This is the second attack that ACLED records against a Nicaraguan political activist in Costa Rica in less than a month. Since 2018, more than 100,000 Nicaraguans have fled the country, including political candidates, journalists, and activists who have expressed dissent towards the regime (EFE, 15 July 2021).

In Guatemala, unidentified armed groups continued to stage attacks on leaders of rural communities last week. On 6 October, armed men shot and killed an alternate woman councilor of Jutiapa municipality in Pipiltepeque village. The councilor had been the victim of a previous attack and was recognized for her advocacy for the rights of local communities in the municipality (El Sol Mixco, 6 October 2021). On the same day, unidentified gunmen killed another two women community leaders in Jocotan municipality. Civil society organizations have accused state and private security forces of involvement in ongoing threats and attacks against community leaders opposing the exploitation of land and natural resources by private companies (UDEFEGUA, January 2021).

In Mexico, people marched across the country against the legalization of abortion last week, in response to a recent wave of pro-choice demonstrations. Members of religious groups, including the Catholic church, as well as the National Front for Family (FNPF) — a social movement that rejects the legalization of abortion and same-sex marriage (FNPF, 2019) — marched in 26 of the 32 states of the country. In September, the Supreme Court of Coahuila state ruled that penalizing abortion is unconstitutional, setting a judicial precedent to decriminalize abortion, which is currently legal in only four states (Milenio, 7 September 2021). The results of public opinion polls suggest that a slight majority of Mexicans opposes the legalization of abortion, despite the majority of younger Mexicans supporting its legalization (Expansion, 8 September 2021).

In El Salvador, former and current employees of the San Salvador City Hall protested on 5 October against the dismissal of more than 1,500 workers (La Prensa Grafica, 5 October 2021). Protesters claim that the dismissals were unjustified and that final settlements have not been paid to employees of the previous administrations that were forced to resign (El Mundo, 5 October 2021). Police officers intervened to disperse the protesters with pepper spray, injuring six of the participants. Employees of various city halls have protested around this issue since May when newly-elected mayors assumed office. Workers have accused the new administrations of removing staff that worked for former mayors opposed to the ruling coalition of  New Ideas and the Grand Alliance for National Unity (GANA) (Infobae, 13 May 2021).