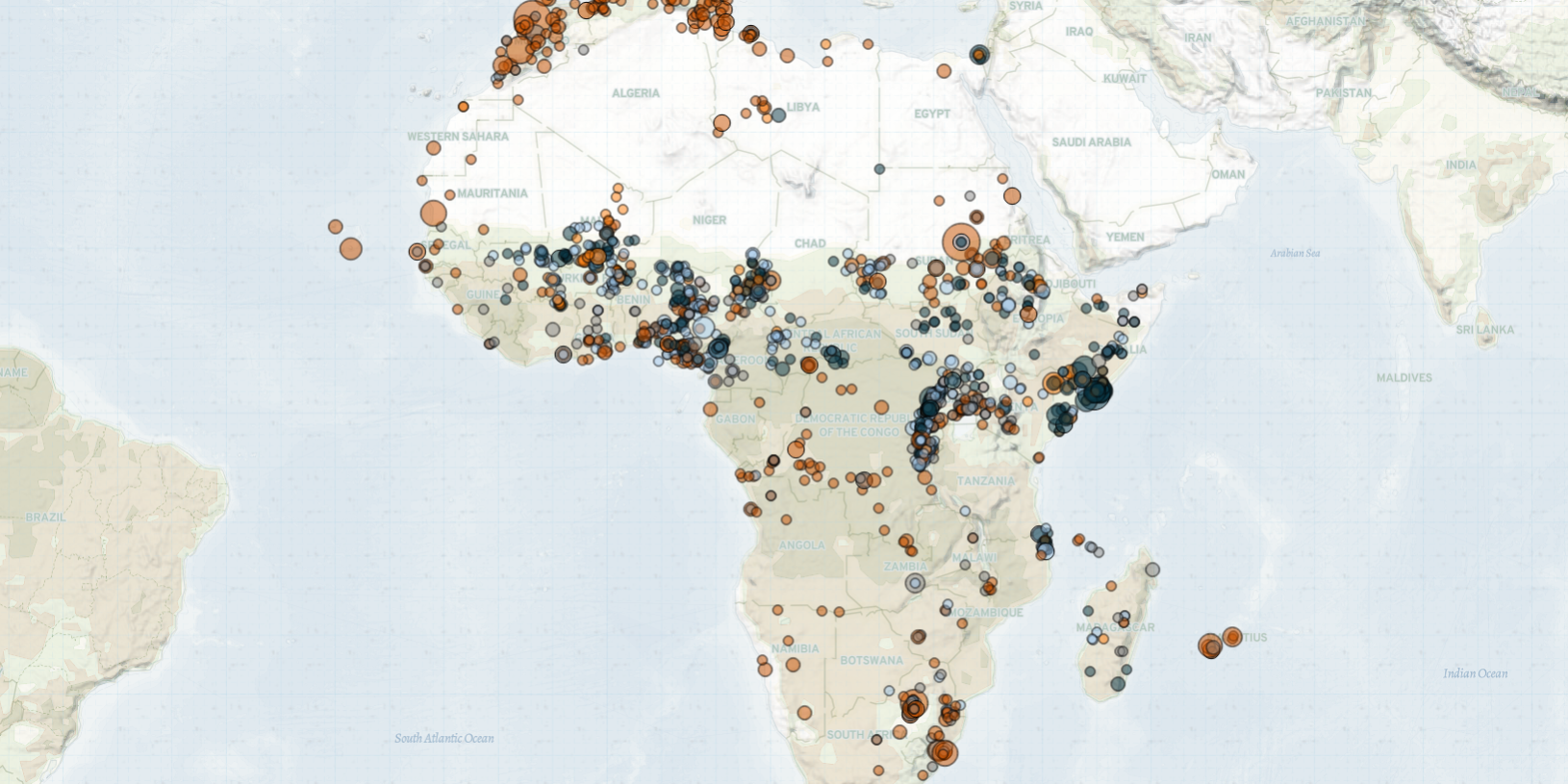 Last week in Africa, deadly clashes between Islamic State and Boko Haram militants continued in Nigeria; attacks on state actors were reported in Cameroon and Somalia; and protests continued in Tunisia for another week following President Kais Saied’s power grab in July.

As in previous weeks, presumed Jama’at Nusrat al-Islam wal-Muslimin (JNIM) and affiliated militants were the most active group in the central Sahel region. The group launched two major attacks in Mali. In the central Mopti region, JNIM militants carried out a complex ambush targeting an army convoy near Bodio in the Bandiagara cercle, killing over a dozen soldiers. The transit route between Bandiagara and Bankass cercles is among the areas where the militants have conducted the largest number of attacks in recent years. JNIM-affiliated Katiba Macina fighters also clashed with Donso militiamen near the village of Bouyagui Were in the Segou Region which resulted in dozens of militiamen killed and a large amount of weapons seized by the militants.

Burkina Faso experienced the greatest amount of political violence in the region, continuing a months-long trend. Presumed JNIM and affiliated militants carried out over a dozen attacks, including several IED detonations. An attack in Pobe Mengao in the Sahel region was successfully repelled by Burkinabe forces and Volunteer for Defense of Homeland (VDP) fighters, causing casualties in militant ranks while leaving significant material damages in the town. Elsewhere in the Center-North region, however, another attack in Yirgou caused several fatalities among Burkinabe soldiers. The group also carried out its first deadly IED attack targeting Burkinabe forces in the Cascades Region, bordering Ivory Coast. In Burkina Faso and Niger, a resurgence of activity by suspected Islamic State West Africa (ISWAP) Greater Sahara faction militants resulted in numerous attacks against civilian targets.

In Nigeria, clashes between ISWAP Lake Chad faction and Boko Haram (JAS) militants continued in Borno state. An ISWAP attack on a camp housing surrendered JAS fighters in Damboa was repelled by Nigerian military forces. Meanwhile, infighting between the two groups in Gwoza left dozens of ISWAP militants dead. Days later, ISWAP launched a retaliatory attack at the camp of the JAS Commander, Bakoura Modou, in Lake Chad axis, killing dozens of fighters (Daily Post Nigeria, 7 October 2021). ISWAP has been consolidating its control over areas in northeastern Nigeria since the death of the JAS leader, Abubakar Shekau, in May. Reports are also emerging that JAS is expanding into Nigeria’s north-central Niger state (Reuters, 4 October 2021). In addition, violence escalated in southeastern Nigeria, with conflicting reports over connections with the separatist group Indigenous People of Biafra (IPOB) (The Punch, 8 October 2021).

In Cameroon, security forces evacuated Prime Minister Joseph Dion Ngute after Ambazonian separatists fired shots during his speech in Bamenda town in the North-West region. This happened amid his visit to anglophone Western regions to call for an end to fighting (VOA, 8 October 2021).

In the Democratic Republic of Congo, heavy fighting was reported between the Congolese armed forces (FARDC) and rebels. In Ituri province, FARDC engaged in a series of deadly clashes with the Cooperative for Development of Congo (CODECO) and its allies. The Allied Democratic Forces (ADF) continued to operate along the RN4 route of Irumu and Beni territories of North-Kivu. In South-Kivu, the Twirwaneho and Ngumino militias established a base in Fizi territory, increasing their presence in several villages. Lastly, the Congolese government extended the ‘State of Siege’ operation in Ituri and North-Kivu provinces once again.

In the Central African Republic, the Coalition of Patriots for Change (CPC) aligned rebels continued deadly attacks against civilians and fighting with the military forces and Wagner mercenaries. CPC-affiliated Anti-Balaka and Union for Peace in the Central African Republic (UPC) rebels ambushed three vehicles with civilians on board near Bambari in the Ouaka prefecture, and after robbing them, killed dozens on the spot. Elsewhere in the Basse-Kotto prefecture, UPC rebels captured the city of Dimbi from government control, apparently without any casualties.

In Somalia, the Ahlu Sunna Wal Jamaa (ASWJ) militants took over more villages in the Dhuusamarreeb district of Galgaduud region without any confrontation. Reports of ASWJ activity emerged two weeks ago indicating that the group is making a comeback in central Somalia to regain control. Moreover, in the Middle Shabelle region, an IED planted by Al Shabaab militants detonated, targeting members of the Hirshabelle state parliament in Johar town, injuring two parliament members.

In South Sudan, violence escalated between Rek Dinka and Luachjang Dinka sections in Tonj East and Tonj North counties in Warrap State over cattle theft. Multi-day clashes left dozens dead and injured, destroying property and displacing thousands. In Sudan, security forces launched a raid on an alleged Islamic State-linked group in the Jabra neighborhood of Khartoum, killing and arresting several alleged militants. Another raid on suspected Islamic State hideouts in Khartoum led to the death of five Sudanese officers last month. Additionally, over a dozen Nuer South Sudanese refugees were killed in a pogrom by a communal militia in or near Singa town in Sennar state, after refugees had earlier killed a Sudanese trader in a labor dispute. This represents the latest in a series of attacks and mass killings of South Sudanese refugees, which have occurred periodically in southern areas of Sudan.

Finally in Tunisia, protests continued for another week across the country in support of President Kais Saied. In July, he ousted the Prime Minister, froze the parliament, and took over governing powers, triggering a constitutional crisis and accusations of a coup. Anti-government protests were also held, although in a more limited number.