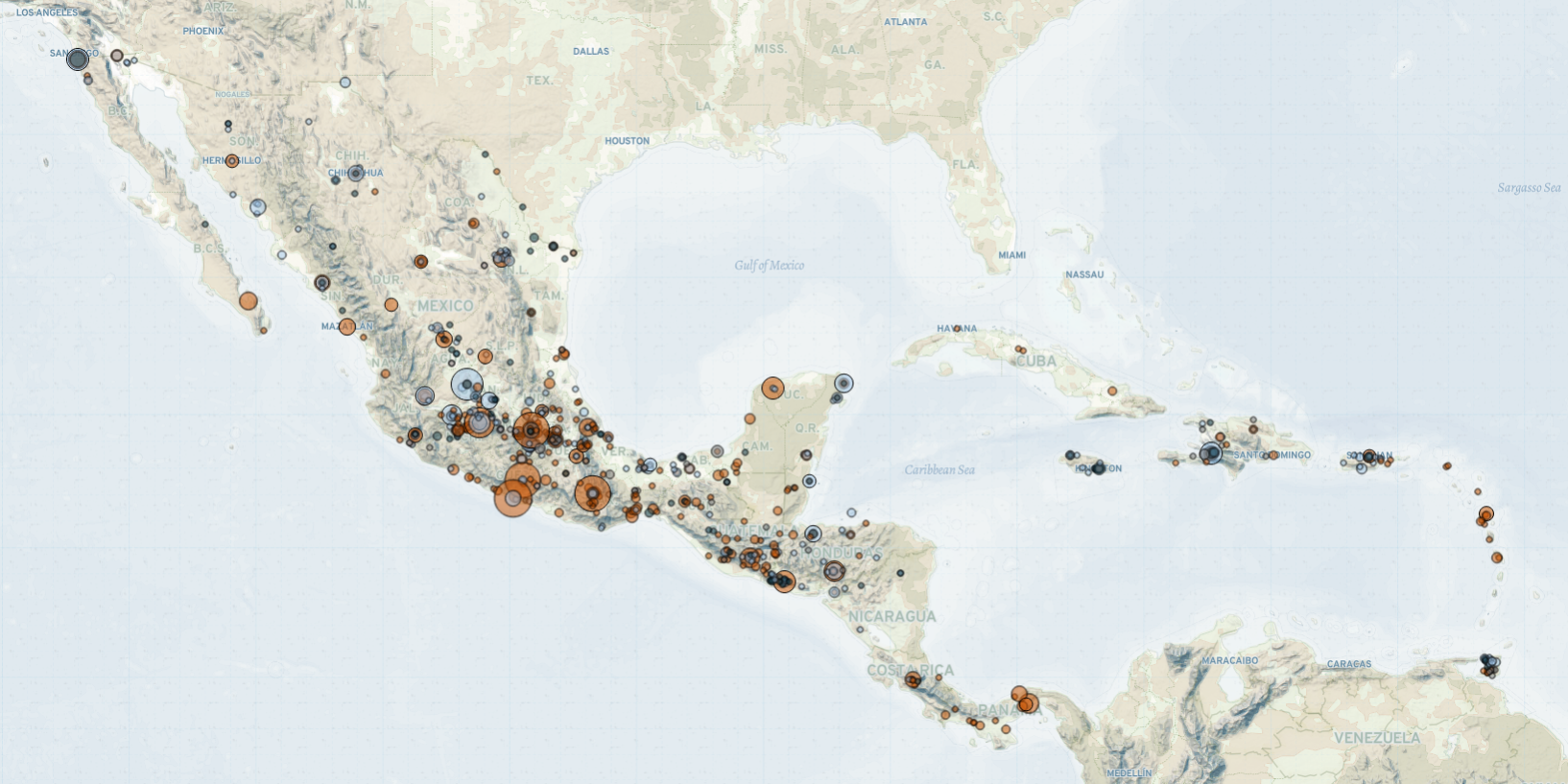 Last week in Mexico, Central America, and the Caribbean, levels of demonstrations increased. In Haiti, residents of several neighborhoods of Port-au-Prince demonstrated against kidnappings and rising gang violence. Demonstrators also barricaded roads in three departments of Haiti to demand an end to fuel shortages and the sale of petrol products on the black market. In Guatemala, war veterans blocked roads across the country, demanding the payment of compensation for services rendered during the 1960-1996 civil war. In Cuba, government supporters staged protests against activists calling for further anti-government demonstrations. Meanwhile, in Mexico, a clash between alleged factions of the Sinaloa cartel resulted in 18 fatalities in Chihuahua state.

In Haiti, increasing gang violence against civilians and fuel shortages triggered a spike in demonstrations last week. Amid roadblocks set by the Village de Dieu gang in the Martissant neighborhood in Port-au-Prince, gang members attacked bus drivers and passengers, leaving several people injured. The Village de Dieu gang blocked roads on 11 October in the southern part of the capital in retaliation for police operations (La Nouvelliste, 11 October 2021). Elsewhere, in the district of Croix-des-Bouquets, alleged members of the 400 Mawozo gang carried out an attack against residents of the Village of Noailles, reportedly raping women and killing a prominent local artist (Haiti Libre, 14 October 2021). The 400 Mawozo gang is the dominant gang in Croix-des-Bouquets district, exercising control through extortions and kidnappings (Al Jazeera, 18 October 2021).

People staged multiple demonstrations in response to kidnappings recorded last week, including the abduction of government workers and a Christian pastor.1Last Saturday 16 October, the 400 Mawozo gang kidnapped a group of 17 US and Canadian missionaries; this event will be included in next week’s data release and will be further explored in next week’s Regional Overview. For two consecutive days, employees of the Directorate of Immigration and Emigration blocked roads and threw stones at police officers in Port-au-Prince and Lascahobas, demanding the release of a kidnapped worker. According to local experts, the political instability that followed the assassination of President Jovenel Moise in July and the poor capacity of the police to ensure security have favored the expansion of gang control in the capital and suburbs (Reuters, 17 October 2021). ACLED records 10 violence against civilians events last week, compared to six during the previous two weeks combined — almost double the amount.

In Guatemala, former military officers blocked roads across 20 departments on 12 and 13 October, demanding compensation for their service during the Guatemalan civil war. Protesters demand congressional approval of a bill presented in September 2019 by which former military officers will receive compensation of around 15,000 US dollars (Swissinfo, 13 October 2021). Veterans claim that President Alejandro Giammattei has failed to fulfill his promise of approving this bill — a promise made during his presidential campaign (La Prensa Libre, 13 October 2021). Demonstrations related to this issue have intensified in recent months, amid announcements by government officials that the country does not have the financial resources to comply with the proposed compensation (DW, 14 October 2021). This is the second time that former military officers have staged multi-day roadblocks in the country since August 2021.

In Cuba, government supporters carried out ‘acts of repudiation’ — state-led public humiliation or violence towards regime critics — against activists calling for anti-government demonstrations last week. In La Habana, government supporters surrounded the leader of the Archipelago movement — an anti-government Facebook group — outside parliament, to protest against a planned march for the release of political prisoners and respect for civic rights (The Guardian, 12 October 2021). Similarly, a group of people protested against another member of the Archipelago movement outside his house in Santa Clara. Government supporters accuse the activists of being funded by the US to carry out actions against the government (France 24, 14 October 2021). The demonstrations come as the government denied permission for the Archipelago movement to stage a march on 20 November, alleging that this demonstration was “illegal” and accusing the movement of seeking to disrupt the stability of the regime (BBC, 13 October 2021). Activists, however, have maintained the call for the march, and have rescheduled it for 15 November, after the government announced that it will conduct military exercises on 20 November (Swissinfo, 9 October 2021). According to the local organization Prisoners Defenders, thus far in 2021, more than 500 people have been arrested for political reasons, including more than 200 people arrested for participating in anti-government protests on 11 July (El Mundo, 9 October 2021).

In Mexico, internal disputes of the Sinaloa Cartel escalated into a mass fatality clash last week. The clash, between alleged factions of the Sinaloa Cartel, left 18 fatalities in the municipality of Guadalupe y Calvo, Chihuahua. Following the arrest of the former leader of the Sinaoa cartel in 2016, a leadership dispute led to its fragmentation into several groups that nonetheless continue to operate as one cartel (InSight Crime, 22 September 2021). The Sinaloa Cartel maintains traditional control over the Golden Triangle region, in which Sinaloa, Chihuahua, and Durango states converge (Infobae, 24 February 2021). This region is known for the production of heroin and fentanyl, and for its strategic location for the distribution of drugs into the US (Mexico Violence Resource Project, 10 March 2021).