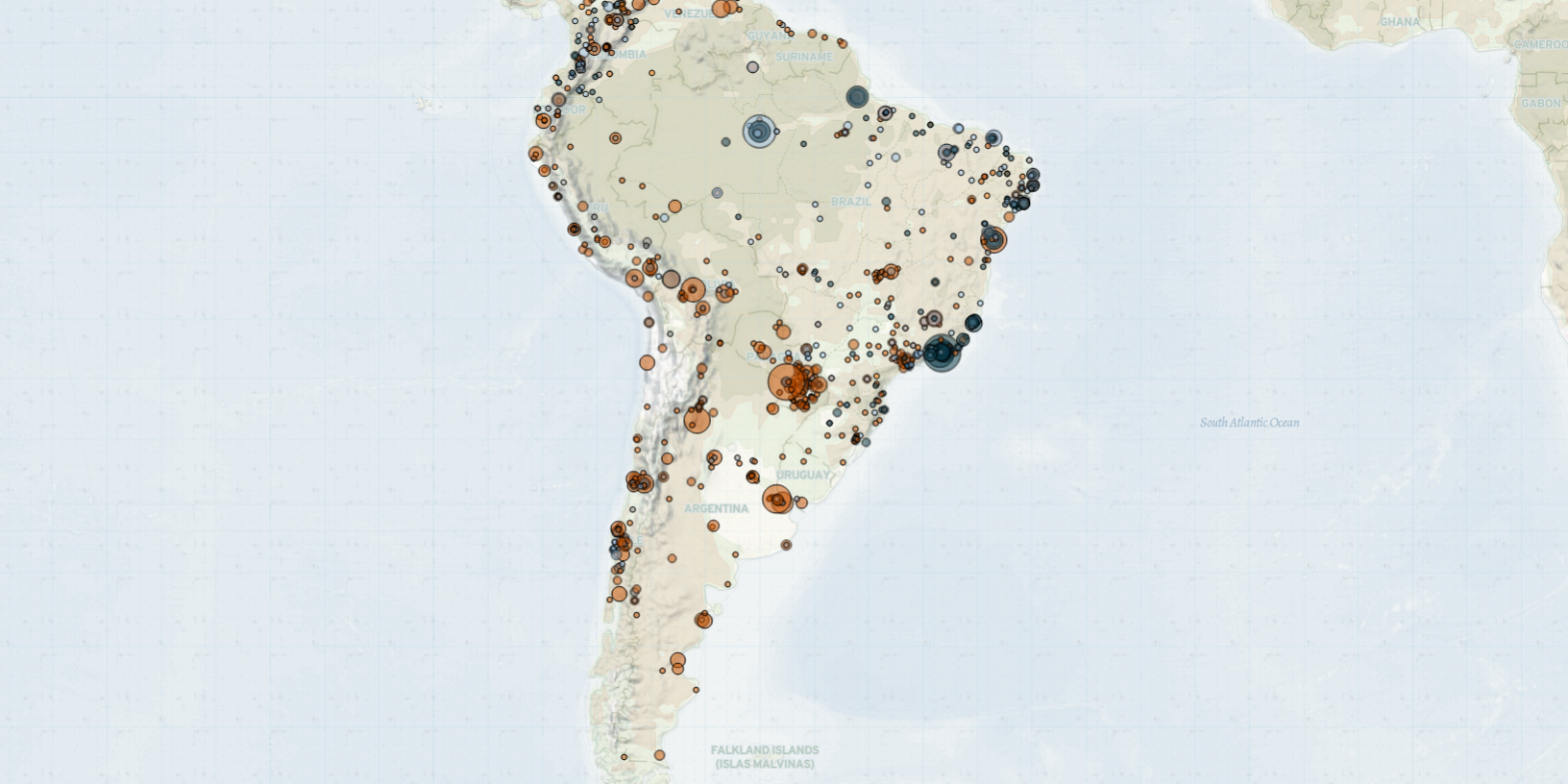 Last week in South America, at least two former members of the Revolutionary Armed Forces of Colombia (FARC) were killed in Colombia. In Chile, the government declared a new state of emergency in four southern provinces, following increased activity from suspected Indigenous militia groups. In Brazil, four gang suspects were killed during a clash with state forces in Coremas city, while unknown shooters killed a city councilor in Duque de Caxias city. In Bolivia, violent anti-government demonstrations were reported against a controversial bill aimed to curb illicit enrichment. Finally, in Argentina, members of civil society organizations took to the streets, calling for the non-payment of the country’s debt to the International Monetary Fund (IMF).

In Colombia, unidentified perpetrators killed at least two former members of the FARC last week. In Buenos Aires municipality, Cauca department, armed individuals intercepted and killed a former member of the FARC and one of her relatives as they approached her home in Mazamorra village. The victim’s husband, also a former FARC member, was killed by armed men on 25 July this year (Contagio Radio, 14 October 2021). Meanwhile, unidentified armed men killed another former FARC member in Olaya village, Cauca department. The UN recently stated that the growing violence in the country represents the biggest challenge for the government of President Iván Duque in his attempt to comply with the 2016 Peace Agreement with the FARC (France 24, 14 October 2021).

In Chile, President Sebastián Piñera declared a new state of emergency covering four provinces in the Biobío and Araucanía regions on 12 October, in response to recent attacks by suspected Indigenous militia groups (BBC, 14 October 2021). The state of emergency, which will be in place for at least 15 days, covers Biobío and Arauco provinces in the Biobío region, as well as Cautín and Malleco in the Araucanía region. From 15 October, military units began to provide logistical, technological, and communications support to police in areas with high militia activity (BBC, 14 October 2021). Mapuche groups claim these areas as part of their ancestral lands, which they say are under threat from agriculture and forestry industries (for more, see this ACLED Analysis piece: Understanding Indigenous Conflict in Chile). Last week, suspected Indigenous militias set fire to private houses, equipment from logging companies, and churches in at least six different locations (El Austral Temuco 15 October 2021).

In Brazil, the number of armed clashes between state forces and organized criminal groups slightly decreased last week, compared to the week prior. In Coremas city, Paraíba state, civil police forces clashed with members of a gang, killing four suspects. Prior to the clash, the group had blown up a bank in the nearby city of Paulista. Police have been investigating the group for the past three months, as its members had been involved in other bank robberies in the region (Portal Correio, 13 October 2021). The tactics of the group match those labeled as ‘New Cangaço,’ where heavily armed individuals rob banks, lottery houses, and other financial institutions, especially in small and medium-sized cities in Brazil (UOL, 31 August 2021).

Meanwhile, a city councilor from the Solidariedade party was shot and killed while driving a van in Duque de Caxias city, Rio de Janeiro state. Authorities believe his killing was either perpetrated by police militia groups, who control the local area, or might be related to his work as a director of a labor union of the building industry (G1, 14 October 2021). Following the assassination, the president of the city council reported that he has been receiving anonymous death threats (Globo Extra, 13 October 2021). This is the third killing of a councilor in Duque de Caxias city this year, highlighting ongoing concerns around the safety of elected officials in the city.

In Bolivia, labor unions and organizations opposed to the government led demonstrations across major cities on 11 October, as part of a nationwide strike against draft legislation regulating the illicit movement of money. The groups demand the annulment of the draft Law against Illicit Earnings and the Financing of Terrorism, which the government claims would regulate the movement of money to comply with international standards against illicit enrichment (France24, 12 October 2021). However, workers claim that the law would affect the gains of both the informal and formal sectors by financially burdening them, as the law would give the government special regulatory powers to investigate and charge suspicious flows of laundered money. Other professional sectors also claim the law would enable political persecution of industries that require confidentiality clauses such as the media (France24, 12 October 2021). There were reports of clashes between demonstrators and the police in Cochabamba city. Clashes between demonstrators and supporters of the governing left-wing Movement for Socialism-Political Instrument for the Sovereignty of the Peoples (MAS-IPSP) were also reported in the cities of La Paz, Santa Cruz de La Sierra, San Carlos, and Tarija. Following the backlash, President Luis Arce withdrew the bill from the lower house of congress on 14 October, on the grounds of avoiding further violence (La Diaria, 14 October 2021).

Finally, in Argentina, members of civil society organizations and the Piquetero movement – mainly composed of unemployed people — carried out nationwide protests on 14 October. Demonstrators demand the non-payment of Argentinian debt to the IMF, in the context of a worsening economic crisis exacerbated by the coronavirus pandemic. The protests happened days after the Argentinian Minister of Economy met with the Managing Director of the IMF to discuss future agreements (Government of Argentina, 12 October 2021). In 2018, the Argentinian government became the largest IMF borrower in a failed attempt to stabilize the economy, leaving the country with a debt close to US $45 billion (Reuters, 15 October 2021). Protesters also call for better provision of food to popular restaurants amid an increasing number of impoverished citizens depending on them, besides demanding more job opportunities, housing, and a raise to the minimum wage (TeleSurTV, 5 October 2021). Protests were reported in almost all provinces of the country, and thousands of people took to the streets in the capital, Buenos Aires (La Nación, 14 October 2021).