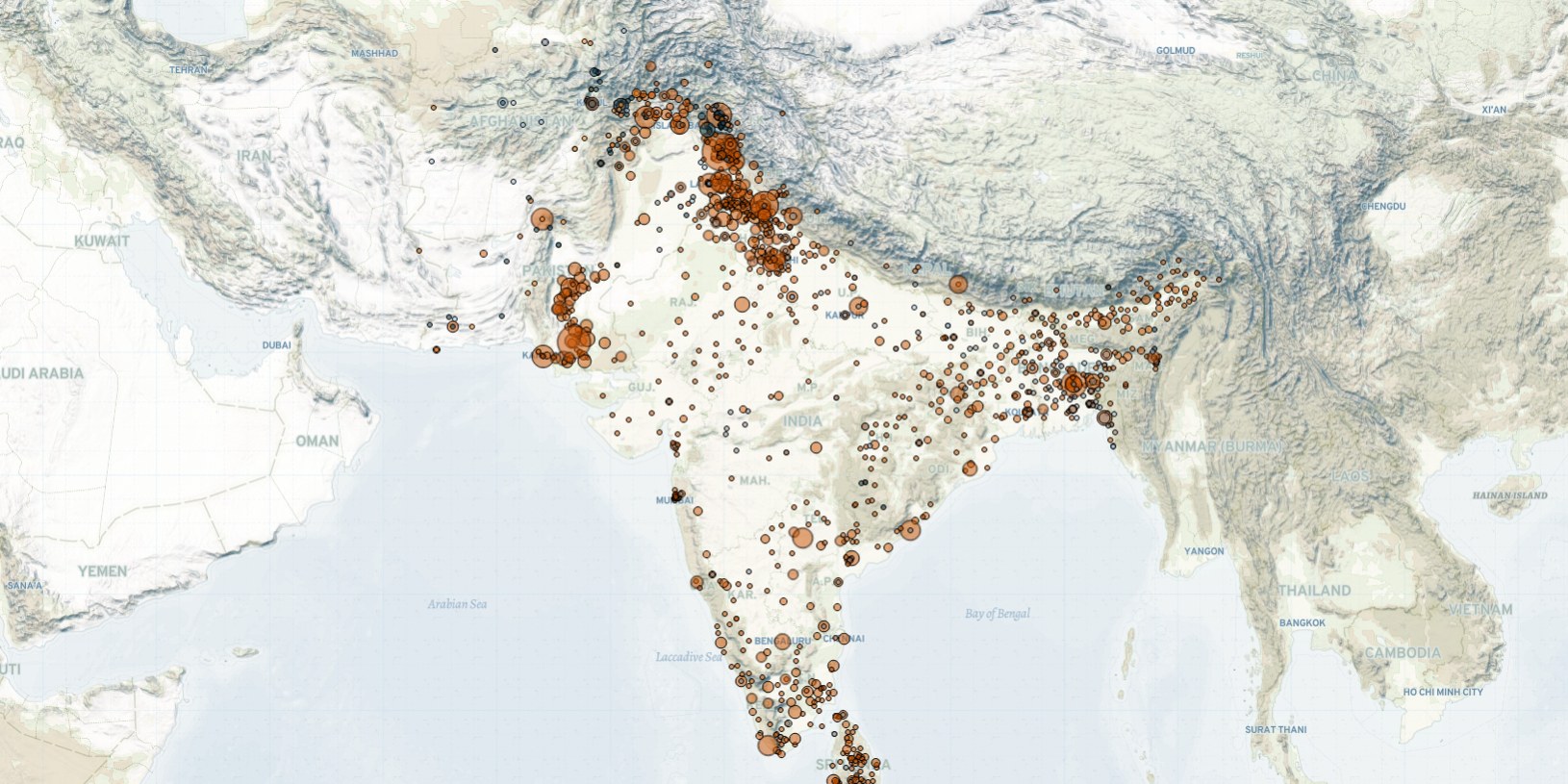 Last week in South Asia and Afghanistan, violence continued between the Taliban and the National Resistance Front (NRF) in Afghanistan, as the Islamic State (IS) sustained its attacks on Taliban forces. Pakistani Taliban militants and Baloch separatists engaged in remote violence against security forces in Pakistan. Meanwhile, deadly violence erupted between a banned Islamist party and Pakistani police during demonstrations. In India, targeted civilian killings by Islamist militants continued amid increased security operations in Jammu and Kashmir (J&K). Lastly, in Bangladesh, an unidentified armed group attacked an Islamic seminary at a Rohingya refugee camp, amid growing concerns for the security of Rohingya refugees.

In Afghanistan, the number of armed clashes increased last week, amid ongoing clashes between the Taliban and the NRF. Clashes were reported in the Pul-e-Hisar, Andarab, and Deh Sala districts of Baghlan province. While the exact number of casualties remains unknown, several NRF and Taliban fighters were reportedly killed, including two NRF commanders.

Additionally, IS continued its campaign of targeted attacks on Taliban forces last week, killing at least five Taliban members in Nangarhar, Kunar, and Faryab provinces. IS also claimed to have killed a member of the Pakistani intelligence agency in Kunar province (Twitter @abdsayedd, 17 October 2021). While the Taliban has recently confirmed that they receive intelligence support from Pakistani forces to combat IS (Washington Post, 23 October 2021), they also continue to claim that IS does not pose a serious threat in Afghanistan (TOLO News, 17 October 2021). In a recent interview, the country’s acting foreign minister claimed that IS is encouraged by the international community’s lack of recognition of the Taliban government(Anadolu Agency, 17 October 2021). The lack of international recognition has meant that IS is reinventing itself as the primary military resistance to the Taliban regime (Washington Post, 23 October 2021). .

In Pakistan, militants targeted security forces in Khyber Pakhtunkhwa and Balochistan province last week. In Khyber Pakhtunkhwa province, a Tehreek-i-Taliban Pakistan (TTP) roadside bomb exploded by a security vehicle near the Afghan border in Bajaur district, killing two soldiers and two police officers. In Balochistan, another explosion near Balochistan University in Quetta city killed a police officer and wounded at least 17 others. While no group has claimed responsibility for the blast in Quetta, Balochistan has seen frequent attacks against security forces by Baloch separatist groups. Both TTP and Baloch separatists have increased their presence and have intensified attacks on security forces over the past year and, especially, since the Taliban takeover in Afghanistan (for more on militancy in Pakistan, see ACLED’s mid-year update on 10 Conflicts to worry about in 2021).

Elsewhere in Pakistan, clashes broke out between security forces and supporters of the banned Islamist Tehreek-e-Labbaik Pakistan (TLP) party in Lahore city last week. Thousands of TLP supporters marched from Lahore to Islamabad city, demanding the release of the TLP chief Saad Rizvi, who was arrested last year during anti-French demonstrations over the publishing of caricatures of Prophet Muhammad (Gandhara, 22 October 2021). At least two Pakistani police officers and two demonstrators were killed in the clashes last week. In April 2021, the TLP organized multiple violent demonstrations against the caricatures published by the French magazine Charlie Hebdo, during which at least 14 TLP supporters and police officers died. The banned party supports the blasphemy law, which seeks the death penalty against anyone deemed to have insulted Islam (Deutsche Welle, 15 April 2021). After Pakistani authorities vowed to withdraw charges against Rizvi, the TLP suspended protest marches planned for the following week (Deutsche Welle, 24 October 2021).

In India, unidentified militants targeted non-Kashmiri civilians in J&K last week, killing at least four people, including three workers from other states. In recent weeks, suspected militants have targeted workers from the Hindu and Sikh minorities in the Kashmir valley, killing two teachers during the two weeks prior in Srinagar city. Police have shifted hundreds of migrant workers to Indian military camps or other protected buildings amid increasing concerns for their safety (Al Jazeera, 19 October 2021). Meanwhile, security forces killed at least seven militants from Lashkar-e-Taiba (LeT) and the Resistance Front (RF), including three commanders, during operations in Shopian, Kulgam, and Pulwama districts. The slain militants were allegedly involved in the latest targeted attacks against migrant laborers (The Hindustan Times, 25 October 2021).

Lastly in Bangladesh, an unidentified armed group attacked an Islamic seminary at a Rohingya camp near Cox’s Bazar city last week and killed at least seven people, including three teachers, two volunteers, and a student. Myanmar-based insurgent group Arakan Rohingya Salvation Army (ARSA) was initially suspected to be involved in the shooting, as they tend to target security forces and claim to fight on behalf of Rohingyas (OpIndia, 22 October 2021; Al Jazeera, 13 September 2017). This claim, however, was later denied by the group; instead, police arrested a Rohingya man in connection with the attack (The Daily Star, 23 October 2021). The attack takes place amid mounting concerns for the security of Rohingya refugees, after an unidentified group shot and killed prominent Rohingya Muslim leader and rights advocate Mohib Ullah last month. Anonymous refugees from the camp claim that the violence was instigated by a Rohingya group against Ullah’s supporters, which has not been confirmed by Bangladeshi authorities (Anadolu Agency, 24 October 2021).