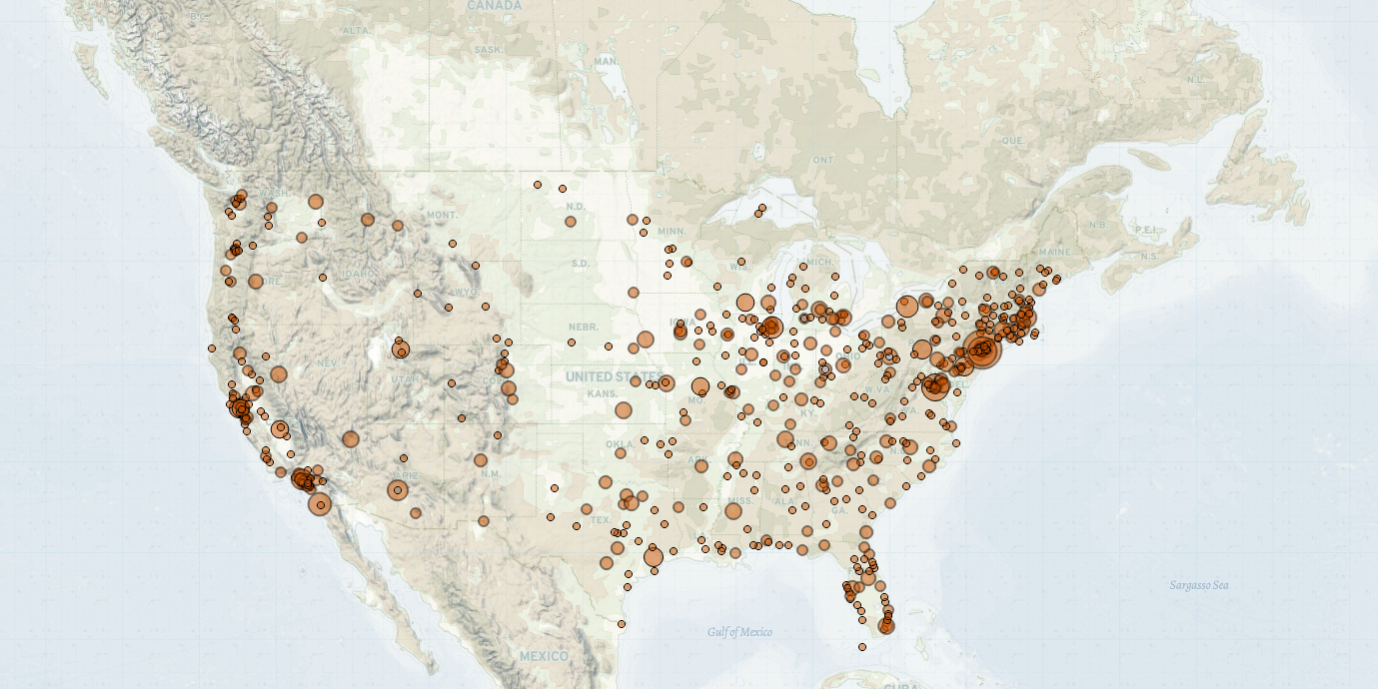 An increase in demonstration events related to the COVID-19 pandemic last week was driven by demonstrations against two separate vaccine mandates: a vaccine mandate for students in California, and a federal vaccine mandate for companies with more than 100 employees. Students and parents, sometimes joined by teachers, rallied across California against the addition of the coronavirus vaccine to the list of required vaccinations for school children. This is the first such requirement in the nation, with the mandate to come into force when students become eligible for the COVID-19 vaccine (Office of Governor Gavin Newsom, 1 October 2021). Demonstrations against the mandate in California account for more than half of all anti-vaccine demonstration events last week. These demonstrations come amid a statewide school walkout of students for the same reason, with the largest walkouts occurring in rural districts (EdSource, 18 October).

Meanwhile, demonstration events involving workers rallying against COVID-19 vaccine mandates more than doubled last week compared to the week prior. Workers demonstrated in response to company compliance with a federal vaccine mandate that requires the vaccination of all workers at companies with 100 or more employees by 8 December 2021 (Politico, 21 October 2021). Last week, workers rallied against such compliance at Northrop Grumman, Southwest Airlines, and General Electric. Half of all demonstration events involving labor groups last week were focused on protesting coronavirus vaccine mandates.

Another significant source of labor group demonstrations last week was strike-related demonstrations calling for improved working conditions during contract negotiations. The majority of these were led by John Deere workers unionized with United Auto Workers. The John Deere strike began on 14 October (NPR, 14 October 2021), with the majority of related demonstrations occurring in Iowa this past week . As workers continue to strike, the company has placed salaried office workers — who are not skilled in machine operation — in factory positions, resulting in at least one high-profile accident (Intercept, 26 October 2021). Additional strike-related demonstration activity was driven by the second bus driver strike in Reno, Nevada since August 2021. Teamsters demonstrated multiple times throughout the second strike, including a couple of times last week, before the four-week strike came to a close on 19 October (Reno Gazette Journal, 19 October).

Meanwhile, militias and militant social movements reportedly participated in multiple demonstrations last week. On 20 October, members of the Proud Boys assembled outside a public school board meeting in Miami, Florida to demonstrate against a statewide mask mandate for students. Proud Boys also reportedly gathered at Point Fermin Park in Los Angeles, California on 16 October for a ‘Love Feast’ rally. This demonstration was allegedly part of a ‘positive’ rally movement to increase mainstream support for the group (Twitter @IDG_News, 17 October 2021). In recent months, Proud Boys have attempted to garner support within more mainstream conservative movements, building alliances particularly with conservative Christian groups (NPR, 29 September 2021). Proud Boys have attended a variety of demonstrations ranging from those against abortion access to those against coronavirus mandates (for more, see ACLED’s Actor Profile on the Proud Boys).

Also on 16 October, members of the Boogaloo Boys armed with rifles rallied on the steps of the Michigan Capitol in Lansing. They celebrated the one-year anniversary of their ‘unity coalition’ with allies from various political backgrounds, including ‘a couple of divergent antifascists’ (Youtube @News2Share, 17 October 2021; for more, see ACLED’s Actor Profile on the Boogaloo Boys). This is the first armed demonstration outside of a capitol building since armed members of the Elmer Platt Gun Club attended an anti-police shooting demonstration in Austin, Texas on 25 September (Killeen Daily Herald, 25 September 2021). It is the first armed demonstration outside of the Michigan Capitol in Lansing since 23 September, when American Patriots and Boogaloo Boys rallied in support of the Second Amendment (News Channel 3, 23 September 2021).

On 16 October in Greensboro, North Carolina, members of the Three Percenters movement, joined by the United Patriot Party founder, demonstrated against pandemic-related restrictions and the results of the 2020 presidential election. Demonstrators repeated the false claim that the election was rigged against former President Donald Trump. This was one of two ‘Stop the Steal’ events last week, with the second occurring on Capitol Hill in Salt Lake City, Utah on 20 October (KSL, 20 October 2021). Two ‘Stop the Steal’ demonstrations were held the week prior as well, following an uptick in such demonstrations during September.

On 18 October, Groypers participated in an anti-abortion demonstration at the University of North Texas in Denton. This marks the first time Groypers have attended a demonstration regarding abortion access since ACLED began coverage in January 2020. There has been a surge in abortion-related demonstrations across the country, driven especially by those in support of access to abortion. As such, far-right groups have begun to attend protests in opposition to abortion access, building alliances with others on the right (for more, see this recent infographic on abortion-related demonstrations).

Finally, openly white nationalist and neo-Nazi organizations participated in a handful of demonstration events last week. On 16 October, members of the National Socialist Movement demonstrated against communism in front of a ‘radical bookstore’ in Jamaica Plain, Massachusetts. On the same day, a small number of Folksfront Resistance members attended a ‘white lives matter’ rally in Phoenix, Arizona (Twitter @az_rww, 15 October 2021). There, they fought with anti-fascists, at least one of whom carried a shotgun. A Folksfront Resistance banner seized during the fight was later burned along with a Patriot Front banner and Trump flag at a demonstration led by anarchists and anti-authoritarians on 17 October. This demonstration opposes the violent arrests of Black Lives Matter (BLM) demonstrators on 17 October 2020: arrests that officials justified by claiming that demonstrators were part of a gang — an allegation later proven false (ABC 15, 6 May 2021).