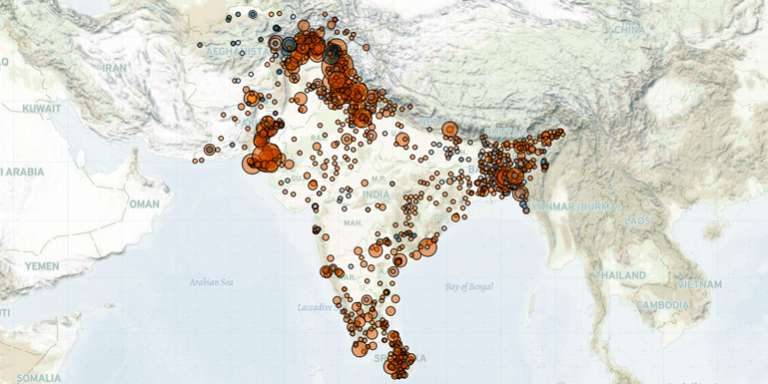 In Afghanistan, IS continued attacks targeting the Taliban and civilians last week. In Kabul, IS militants killed at least 25 Taliban members and civilians during an attack on the Kabul Military Hospital. IS suicide bombers detonated themselves at the Kabul Military Hospital gate before militants exchanged gunfire with Taliban fighters. Five IS militants also died in the attack. This is the fourth deadliest IS attack since the Taliban regime came into power in August 2021. IS and Taliban fighters also clashed in Balkh and Nangarhar provinces. Despite these attacks, the Taliban have claimed that IS is “more or less under control” and lacks support from the local population (Al Arabiya, 5 November 2021).

Separately, ACLED also records unclaimed attacks on civilians across five Afghan provinces last week. In one instance, the bodies of four women civil society activists were recovered in Balkh province, including a well-known women’s rights defender. Taliban forces have considered personal feuds a potential reason for the killings (The Guardian, 5 October 2021). However, a victim’s husband claims that she was killed by an organized network targeting civil society activists, who introduced themselves as representatives of a human rights organization (Hasht-e Subh, 5 November 2021).

In Pakistan, Baloch separatists carried out multiple explosive attacks against security forces and civilians in Balochistan province last week, killing at least four security force officers and two civilians in four separate explosions across the province. The result is a 400% increase in violence in the province last week relative to the past month (for more, see ACLED’s Early Warning Research Hub). Baloch Liberation Army (BLA) militants killed a political leader and tribal elder with a car bomb in Hub town, injuring two other civilians. This is the second BLA bomb attack in Hub town in the past month, after the killing of a journalist on 11 October. Thirteen civilians were also injured when Baloch separatists detonated a roadside explosive near a security vehicle in Kharan city. Pakistan has seen a resurgence of attacks against security forces and civilians by Baloch separatist groups over the past two years (for more on Baloch separatist violence, see this ACLED report on rising organized political violence in Balochistan).

Elsewhere in Pakistan, security forces conducted operations against the TTP in Khyber Pakhtunkhwa province last week. The Counter Terrorism Department (CTD) killed at least six TTP members during separate operations in Spinwam and Tall towns. Despite this, TTP activity decreased in Pakistan last week amid media reports that the Pakistani government is holding secret talks with the group in Afghanistan over a potential ceasefire (Gandhara, 3 November 2021). According to multiple TTP sources, the militant group has demanded the release of prisoners as a precondition for the negotiations (Reuters, 6 November 2021). A ceasefire agreement could be the first formal step towards ending the TTP’s 14-year insurgency in Pakistan, where TTP attacks and clashes with security forces have led to thousands of casualties (Gandhara, 3 November 2021). Similar negotiations failed in 2014, leading to a military campaign that temporarily reduced militancy in the northwest tribal regions in Pakistan (The New York Times, 1 November 2021).

Meanwhile, the Pakistani government reached an agreement with the banned Islamist party TLP last week to end recent violent demonstration activity (Gandhara, 31 October 2021). The TLP had engaged in deadly clashes with security forces during a series of anti-French demonstrations in recent weeks. The TLP subsequently ended their march to Islamabad, during which they had demanded the closure of the French embassy as part of a long-running campaign linked to the publication of political cartoons depicting Prophet Muhammad in France. The government did not release details on the agreement during its announcement in Islamabad (Al Jazeera, 31 October 2021).1Further developments will be discussed in next week’s Regional Overview to include new information published since 6 November.

In India, clashes between Maoist rebels and security forces continued last week, shifting from Telangana to Chhattisgarh state. Police forces exchanged fire with Communist Party of India (Maoist) rebels during two separate operations in Chhattisgarh, killing at least four rebels. In the week prior, a combing operation in Telangana had pushed the rebels back to their stronghold in Chhattisgarh. Meanwhile, police arrested the commander of the People’s Liberation Front of India (PLFI) — a Maoist group mostly active in Jharkhand state — in south Delhi. Maoists have decreased their activities thus far in 2021 amid ongoing security operations and dwindling recruitment during the COVID-19 pandemic (Times of India, 20 October 2021).