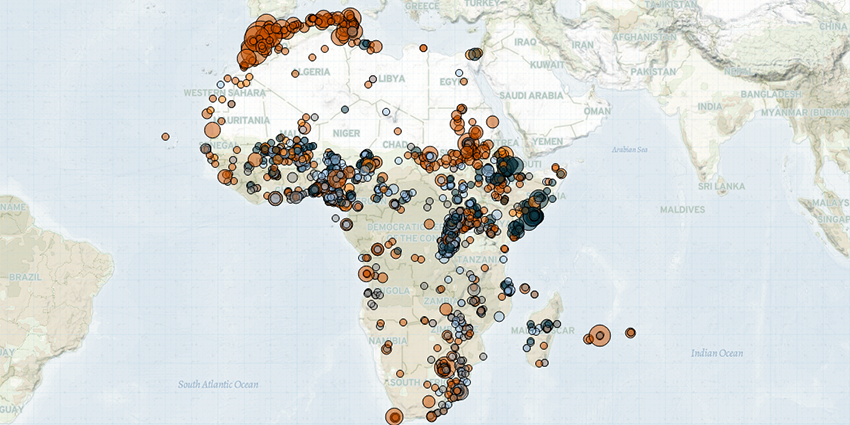 Last week in Africa, Al Qaeda-affiliated Islamist militants launched their first reported attack in Togo; the Anambra gubernatorial election was held in Nigeria amid reports of violence in the state; and reports of armed activity by M23 rebels re-emerged in the eastern part of the Democratic Republic of Congo.

Violence perpetrated by Islamist militants continued in the Central Sahel region, with Jama’at Nusrat al-Islam wal-Muslimin (JNIM) and affiliates responsible for the majority of the attacks. In Mali, presumed JNIM-affiliated Katiba Macina fighters pursued their campaign against Donso militiamen and farmer communities in the Niono Cercle in Segou Region. Repeated attacks targeting the village of Bamako-Coura led to several casualties and the looting and destruction of farming equipment, rice fields, and harvests. JNIM fighters also clashed with Donso militiamen in the village of Kango in Segou, killing several militiamen and displacing the residents. In the neighboring Mopti Region, JNIM fighters ambushed Malian special forces between Sofara and Djongue, resulting in casualties and loss of weapons and vehicles in army ranks.

In Burkina Faso, JNIM militants ambushed and killed several Volunteers for Defense of Homeland (VDP) fighters in the Loroum province of the North region, and suffered casualties in clashes with VDP fighters in the Sanmatenga province in the neighboring North-Center region, which saw a large overall increase in violence (for more, see ACLED’s Early Warning Research Hub). Further, JNIM appeared to have taken control of the town of Di in the Boucle du Mouhoun region where the group burned a forest guard station and looted supplies last week. Militants’ attack on police and forest guard stations in the town had resulted in over a dozen fatalities a week prior. Elsewhere in the Sahel region, suspected Islamic State West Africa (ISWAP) Greater Sahara faction fighters carried out a deadly attack against a police patrol near the village of Alkoma, in the same area where a convoy carrying mining employees was attacked a few weeks earlier.

In neighboring Togo, presumed JNIM-affiliated Ansaroul Islam fighters made an incursion into the Savanes region and attacked a military post in Sanloaga village near the border with Burkina Faso. This is the first reported attack by Islamist militants in Togo.

In Nigeria, military forces launched a large-scale air and ground operation targeting ISWAP Lake Chad faction militants around a fishing dam in the Kukawa Local Government Area (LGA) of Borno state after militants attacked a military formation with gun trucks. Nigerian military forces launched another round of airstrikes later in the week targeting ISWAP fighters gathered for a meeting with their new leader, Sani Shuwaram, in Marte LGA (PRNigeria, 13 November 2021). High casualties were reported among militants in both operations. Further, dozens of people were reported killed last week in attacks in several northern states of the country. In Kaduna state, Fulani pastoralists launched multiple deadly attacks against civilians in the Zangon Kataf LGA. Violence also escalated in Taraba state where gunmen made an incursion into two villages in the Karim Lamido LGA in what was reported to be a retaliatory attack for the killing of two herdsmen (AP News, 10 November 2021). Elsewhere in the Takum LGA, military fighter jets carried out airstrikes on Fulani settlements, reportedly killing over a thousand cows. Lastly, in southeastern Anambra state, the gubernatorial election was held amid reports of violence by the separatist Indigenous Peoples of Biafra (IPOB) militants and unknown gunmen who stole ballot boxes and assaulted election officers and observers.

In Cameroon, Ambazonian separatists launched attacks against civilians to enforce their ongoing ‘ghost town’ campaign in the Southwest region, contributing to a significant increase in violence. In Ekondo Titi subdivision of Ndian, they abducted several people and intercepted a passenger bus and assaulted those on board for violating the imposed ‘ghost town.’ The separatists also launched an explosive attack through the roof of a lecture hall at the University of Buea, wounding several students. Another deadly IED attack by suspected Southern Cameroon Restoration Forces Ambazonian separatist group was reported in Buea in the first reported activity by the group in the Southwest region.

In the Central African Republic, although the unilateral ceasefire announced by the government has resulted in a decrease in the intensity of political violence, military forces (FACA) and their allied Russian Wagner Group mercenaries continue operations against the Coalition of Patriots for Change (CPC) and affiliates’ positions, often resulting in attacks on civilians. Last week, FACA perpetrated deadly attacks against Fulani pastoralists, who are often accused of supporting rebels, in various locations in the Ouham-Pende prefecture, while Wagner Group mercenaries targeted former high-ranking rebels.

In the Democratic Republic of Congo, Allied Democratic Forces (ADF) and Mayi Mayi militiamen (led by Baraka) killed dozens of civilians in attacks in the Beni territory of North-Kivu province, triggering clashes with the Congolese armed forces (FARDC). In Ituri province, the Cooperative for Development of Congo (CODECO) rebels continued their lethal attacks in the Djugu territory. Elsewhere in North-Kivu province, FARDC regained control of multiple villages in Rutshuru territory after presumed March 23 Movement (M23) rebels overtook the villages for a short period. M23 has been largely inactive, and these are the first attacks reported by the group this year although they denied any involvement. The clashes led to the displacement of thousands of people into neighboring Uganda amid reports that the Ugandan armed forces claimed territorial control of an area in the War-Palara sector of Mahagi territory in Ituri while erecting barriers to tax non-Ugandan citizens.