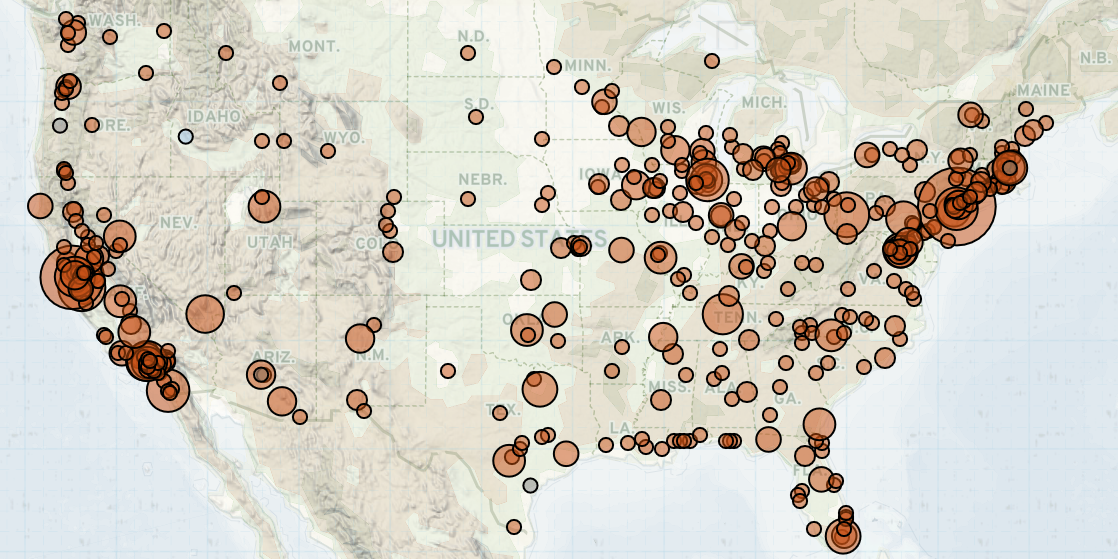 Labor groups, including teachers and health workers, rallied across at least 20 states last week for various causes, including increased wages and improved working conditions. About a third of all labor-related demonstrations were linked to the COVID-19 pandemic, with more than half of these events opposed to coronavirus restrictions and vaccines. Strike-related demonstrations also continued last week. Notably, fast food workers in California walked out of work on 9 November to demonstrate in favor of Assembly Bill 257, which aims to establish minimum industry standards for worker safety and treatment (NBC Los Angeles, 9 November 2021).

Demonstrations against rape and sexual assault took place in at least nine states last week, as high school and university students demand school administrators take action against those accused of sexual violence. Demonstrators gathered outside fraternity houses at several universities, demanding accountability for fraternity members accused of sexual assault. In some instances, demonstrators demanded the complete removal of particular fraternities from campuses. These demonstrations are part of a larger pattern of demonstrations that have taken place at universities across the country in recent months.

The Proud Boys were also active last week, participating in several demonstrations. On 9 November, a handful of Cape Fear Proud Boys participated in a demonstration against a coronavirus mask mandate outside of a school board meeting in Wilmington, North Carolina (Wilmington Star-News, 10 November 2021). They later stood at the back of the meeting in full regalia, clapping and showing support for speakers opposed to the mandate. Days later, also in Wilmington, Cape Fear Proud Boys demonstrated against COVID-19 mask mandates outside a Hanover County Health and Human Services board meeting (WWAY-TV 3, 12 November 2021). The demonstrations come as the group has vowed to “ramp up pressure” on local officials (Port City Daily, 10 November 2021).