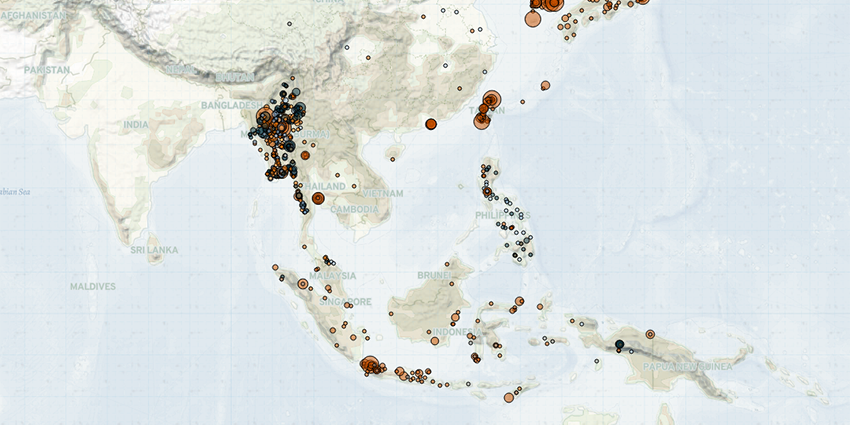 Last week in East and Southeast Asia, local defense groups launched further attacks on state forces in Yangon. In Sagaing region, military troops seized the base camp of a local People’s Defense Force (PDF) group. Meanwhile, ousted lawmakers and striking civil servants formed a People’s Administration Team to govern four townships in Magway region. In Indonesia, the separatist West Papua National Liberation Army (TPNPB) carried out an arson attack at a factory in Nduga regency and shot a worker who attempted to stop the fire. In the Philippines, President Rodrigo Duterte announced that he will seek a senate seat in the upcoming 2022 general elections. Lastly, tensions between China and the Philippines flared up after Chinese military vessels used water cannons against Philippine military supply boats in disputed waters in the South China Sea.

In Myanmar, in Yangon city, local defense groups and the National Unity Government’s (NUG) PDF launched a series of attacks on state forces on 15 November. In Thanlyin and Htantabin townships, the NUG’s PDF carried out drive-by shootings on military and police forces, killing multiple members of state forces. The NUG claimed that the attacks were part of the wider ‘Pyan Hlwar Aung’ operation (Operation Swallow) of rapid attacks against regime targets in Yangon, and warned of further escalations in neighboring regions, including Ayeyarwady and Bago (Myanmar Now, 17 November 2021).

Elsewhere, in Kale township, Sagaing region, military forces attacked and seized the base camp of the PDF-Kalay on 16 November. During the clashes, 10 women members of the PDF-Kalay medic team were detained by the military. Two days later, the bodies of one of the medics, along with two men PDF-Kalay members, were found (Irrawaddy, 19 November 2021).

In the Yaw area of Magway region, ousted lawmakers, striking civil servants, and local defense forces announced the establishment of a People’s Administration Team to govern the local area last week, with branches in four townships. Representatives of the team stated that their ability to govern will depend on local PDF chapters to “successfully protect the townships against the military council” (Myanmar Now, 12 November 2021).

In Indonesia, the separatist TPNPB carried out an arson attack last week at an asphalt plant in Nduga regency, Papuan province. TPNPB separatists also shot and injured a worker when he attempted to stop the fire. While arson attacks have been reported in Nduga regency previously, this is the first arson attack to be carried out by the rebels in the regency, per ACLED data. In early 2018, the rebels killed 19 construction workers in the same regency, claiming that the victims were Indonesian soldiers dressed in civilian clothes (The Jakarta Post, 6 December 2018). The TPNPB have openly stated their opposition to government infrastructure development projects, accusing the Indonesian government of attempting to expand its influence in the region (The Diplomat, 24 December 2018).

Also, in Indonesia, Afghan refugees held demonstrations in several major cities across the country last week, demanding speedy resettlement in third countries. In Makassar and Medan, police dispersed protesters and dismantled the tents where demonstrators had been sleeping. Indonesia is not a signatory to the Refugee Convention and does not officially allow refugees to stay permanently in the country. Since the Taliban takeover of Afghanistan in mid-August, ACLED has recorded nearly 30 demonstration events across Indonesia involving Afghan refugees demanding resettlement in third countries.

In the Philippines, outgoing president Duterte filed papers last week to run for a senate seat in the 2022 general election (Rappler, 15 November 2021), reversing an announcement in October that he would retire from politics at the end of his presidential term (Rappler, 2 October 2021). A senate seat and his closest allies positioned at the highest echelons of power may provide Duterte with political cover as he may face the prospect of a trial at the International Criminal Court (ICC) for alleged crimes against humanity committed in the context of his administration’s war on drugs (for more, see ACLED’s new report: The Drug War Rages on in the Philippines). The ICC recently announced that it has temporarily suspended the investigation while it assesses the scope and effect of a deferral request submitted by the Philippines government in early November (Al Jazeera, 19 November 2021). In the deferral request, the Philippines government claims that the ICC should exercise jurisdiction only if the domestic legal system fails to prosecute such crimes, which the government alleges is not the case in the Philippines (ICC, 10 November 2021).

Similar tensions were reported in March and April of this year when Chinese military vessels occupied an area claimed by the Philippines as part of its EEZ (The Diplomat, 15 April 2021). As recently as September, the Philippines continued to file diplomatic protests against China due to the alleged continued presence of Chinese vessels in the area (Philippine Daily Inquirer, 30 September 2021). The dispute between the Philippines and China over the waters is longstanding. In 2016, the Permanent Court of Arbitration ruled in favor of the Philippines in a case initiated by Manila, dismissing Chinese claims over the area (The Diplomat, 12 July 2016). China has rejected the decision.