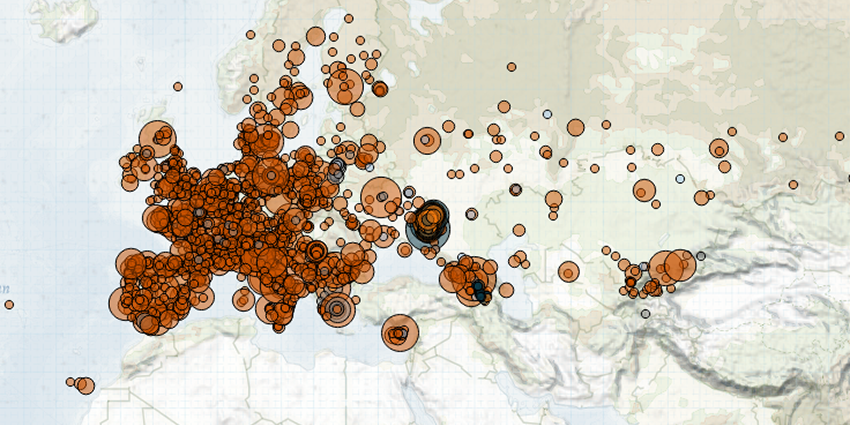 Last week, in Europe, Central Asia, and the Caucasus, a homemade bomb went off outside a hospital in the United Kingdom. Demonstrations in support of jailed ex-President Mikheil Saakashvili continued in Georgia. The ongoing migrant crisis along the EU-Belarus border continued. In Cyprus, students staged demonstrations for federalization of the country, as a resolution to the crisis that divided the island into Greek and Turkish halves. In the Netherlands, demonstrations against coronavirus measures turned violent. Meanwhile, fighting escalated along the Armenia-Artsakh-Azerbaijan border and in eastern Ukraine.

In the United Kingdom, a passenger detonated a homemade bomb in a taxi arriving at Liverpool Women’s Hospital on 14 November. The passenger, an Iraq-born asylum seeker, had carried the bomb into the taxi (BBC News, 18 November 2021). The taxi driver managed to escape without serious injuries. While police are investigating potential motives behind the bombing, the government raised the country’s “terror threat level” from substantial to severe, indicating the government’s belief that another attack is “highly likely”(BBC News, 15 November 2021).

In Georgia, the opposition party United National Movement continued to stage daily demonstrations last week, demanding the transfer of jailed former President Mikheil Saakashvili from a prison hospital to a civilian clinic. Saakashvili’s health had deteriorated as he staged a hunger strike against his arrest, but the government had been reluctant to transfer him to a civilian clinic despite local and international pressure (Eurasianet, 12 November 2021). Eventually, the government offered Saakashvili a transfer to a military clinic in Gori, which prompted him to end his seven-week-long hunger strike (Agenda.ge, 19 November 2021; DW, 19 November 2021).

On the Belarusian-Polish border, the migrant crisis continued last week. A number of migrants on the Belarusian side near the Bruzhi checkpoint gathered near the entry to the Polish territory, pelting stones and heavy objects at Polish forces. Polish border guards and military responded with water cannons, despite freezing temperatures, and stun grenades, after the stone throwing caused injuries to several Polish troops. Belarusian prosecutors accused Polish forces of also deploying toxic substances (TUT.BY, 19 November 2021). Both Belarusian and Polish forces accuse each other of human rights abuses, including violence against migrants and denying migrants access to asylum procedures (CNN, 11 November 2021). However, conflicting claims of abuse have been difficult to verify due to the lack of access given to journalists and human rights organizations, including aid workers (Aljazeera, 18 November 2021; CNN, 10 November 2021). The recent events sparked demonstrations across Poland in support of Polish police and military forces and counter-demonstrations in solidarity with refugees.

In Cyprus, thousands of students protested in major cities against the 15 November 1983 Unilateral Declaration of Independence in the Turkish-occupied northern part of the island (Philenews, 15 November 2021). They call for a federal solution with political equality for Greek Cypriots and Turkish Cypriots. Hundreds of Turkish Cypriots also protested against the allegedly undemocratic government in Northern Cyprus and supported a federal united Cyprus (Detay, 13 November 2021; Philenews, 13 November 2021).

In the Netherlands, an anti-coronavirus lockdown demonstration in Rotterdam escalated into severe rioting on 19 November, as rioters targeted police units with stones and heavy fireworks. Police forces responded with a large deployment of police, water cannons, and live warning and targeted shots, arresting dozens of rioters (De Telegraaf, 19 November 2021). Seven people were injured in the violence. An emergency order was put temporarily into effect following the riot.

Along the Armenia-Artsakh-Azerbaijan Line of Contact, fighting between Armenian and Azerbaijani forces escalated last week. On 16 November, intense six-hour-long clashes erupted along the eastern stretch of the border, resulting in the deaths of at least six Armenians and seven Azerbaijanis (OC Media, 16 November 2021; Ministry of Defense of Armenia, 19 November 2021). These clashes produced the most fatalities since November 2020. The fighting subsided later on the same day, as Russia brokered a new ceasefire (RFE/RL, 16 November 2021). Additionally, landmine explosions in Agdam and Zangilan regions of Azerbaijan killed an Azerbaijani civilian and wounded another civilian and a border guard.

In the Donbas region of Ukraine, fighting between Ukrainian government forces and Russian-led forces continued to increase last week compared to the previous week. There were 93 armed clashes, 210 shelling incidents, and one fatality reported. This spike was particularly noticeable in the Luhansk region where fighting increased by 143% last week relative to the month prior (see ACLED’s Early Warning Research Hub for more). Meanwhile, Russian forces deployed to areas bordering Ukraine prompting international condemnation and concerns of a looming major Russian military operation (Bloomberg, 21 November 2021).