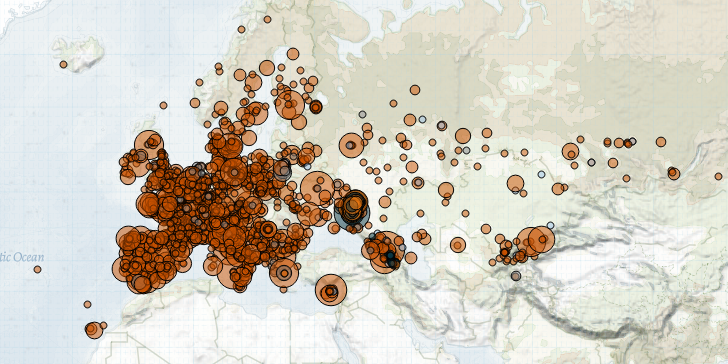 Last week in Europe, Central Asia, and the Caucasus, demonstration activity increased sharply. In Russia, demonstrations were held against coronavirus restrictions. Meanwhile, outbreaks of violence in response to coronavirus restrictions were reported in Austria, Germany, and the Netherlands. Demonstrations were also held across the region to coincide with the International Day for the Elimination of Violence against Women on 25 November. Demonstrations increased in Armenia ahead of the meeting between Russian, Armenian, and Azerbaijani leaders.

Russia saw a significant increase in demonstrations against coronavirus restrictions last week, with dozens of demonstrations held in approximately 25 regions of the country. The demonstrations come as Russian governors implemented federal recommendations on mandatory coronavirus vaccination certificates for entry to many public spaces, including shopping malls, restaurants, government buildings, and public transport (RBC, 29 November 2021). Demonstrators claim that the restrictions violate citizens’ rights and freedoms guaranteed by the constitution. The majority of these demonstrations were organized by the Communist Party of the Russian Federation (KPRF). Many of them were designed as gatherings to record video appeals to ‘inform’ President Vladimir Putin about the state of affairs with vaccination certificates, accusing advisors to the president of misinforming him on this topic.

The opposition to coronavirus restrictions also resulted in violent responses. In Austria, two people carried out an arson attack on a police car in Linz, with the admitted intention of killing the police officers inside, to oppose coronavirus-related measures. Meanwhile, in Germany, unknown people set fire to two coronavirus rapid test centers in Ahaus and Gronau. In the Netherlands, civil unrest against recent coronavirus lockdown measures continued into last week, with violent demonstrations reported in multiple cities, including The Hague and Groningen.

Demonstrations commemorating the International Day for the Elimination of Violence against Women on 25 November were held across the region last week. In Spain, these demonstrations were responsible for a sharp increase in activity, and represented over half of all demonstration events recorded last week. People also demonstrated against domestic and gender-based violence in Norway, Sweden, Portugal, France, Switzerland, Italy, Malta, Bulgaria, Hungary, Russia, Ukraine, and Uzbekistan. In Greece, demonstrators demand the inclusion of the term femicide in the country’s penal code.

In Armenia, demonstrations took place as Armenian Prime Minister Nikol Pashinyan met with Azerbaijani President Ilham Aliyev and Russian President Vladimir Putin on 26 November in Sochi, Russia to discuss the ongoing disputes between Armenia and Azerbaijan. The Armenian demonstrators demand that the Armenia-Azerbaijan boundary be demarcated in favor of Armenia. During the meeting, Armenia and Azerbaijan agreed to the establishment of a bilateral commission on the demarcation and delimitation of the Armenia-Azerbaijan border by the end of 2021 (OC Media, 27 November 2021). Meanwhile, along the Armenia-Artsakh-Azerbaijan Line of Contact, one Armenian soldier was killed during an armed clash in the Gegharkunik region.

In the Donbas region of Ukraine, fighting between Ukrainian government forces and Russian-led forces decreased last week compared to the previous week. There were 59 armed clashes, 140 shelling incidents, and one fatality reported.