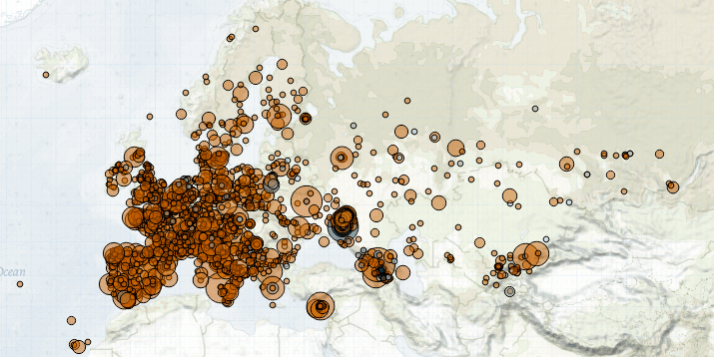 Last week, in Europe, Central Asia, and the Caucasus, the migrant crisis along the EU-Belarus border continued. Several countries tightened their coronavirus-related measures in response to the Omicron variant, prompting many demonstrations. The build-up of Russian troops near the border with Ukraine continued to raise tensions in the region.

On the Belarusian-Polish border, the migrant crisis continued last week. Polish border services reported multiple attempts by refugees to cross the border into Poland and later to Germany, some resulting in clashes with Polish military and police forces (Dziennik, 3 December 2021). Amid ongoing border crossing attempts, Belarusian military forces targeted Polish soldiers with bright lights and laser beams, and in one instance, fired pneumatic guns at light masts on the Polish side of the border (DW, 1 December 2021). Human rights organizations report human rights abuses against the refugees stranded at the border by both Polish and Belarusian forces (Human Rights Watch, 24 November 2021).

Several countries introduced tighter coronavirus-related restrictions last week in response to the spread of the Omicron variant, prompting demonstrations against those measures. In Germany and Austria, peaceful and violent demonstrations were held as stronger measures went into effect, with some attacks on journalists reported (Politico, 1 December 2021). In Ireland, anti-vaccine and anti-lockdown demonstrators gathered outside the Minister for Health Stephen Donnelly’s home in Kilcoole on 28 November to demonstrate against public health measures being implemented during the holiday season. In Germany and Ireland, these restrictions have been a re-introduction of stricter rules around who can be in certain public spaces and their capacity limits, and around privately visiting with outside households. Meanwhile, Austria is the first EU country to implement a full lockdown and mandatory vaccination program in response to the fourth wave of the coronavirus (France 24, 19 November 2021).

Along the Armenia-Artsakh-Azerbaijan Line of Contact, one ceasefire violation was reported in Martuni region of Artsakh last week. Meanwhile, Azerbaijani forces killed an Artsakh civilian during an incident in the neutral zone under disputed circumstances. According to Armenian sources, Azerbaijani military forces abducted the civilian from the neutral zone near the Chartar town, Martuni region, before killing him (AMI, 3 December 2021). On the other hand, Azerbaijani sources report that the civilian was killed after he attacked an Azerbaijani serviceman (Azertac, 3 December 2021). Additionally, two Azerbaijani soldiers and a civilian were wounded in landmine explosions in the Jabrayil and Fizuli regions, respectively.

In the Donbas region of Ukraine, fighting between Ukrainian government forces and Russian-led forces decreased last week compared to the previous week. There were 65 armed clashes, 100 shelling incidents, and two fatalities reported. Meanwhile, Russia continued to amass large concentrations of forces along the Ukrainian border, which Western leaders condemn while warning of the potential for a new Russian offensive (DW, 1 December 2021). US and Russian officials met repeatedly to discuss the military build-up, but have not reached an agreement on how to defuse the situation (CNN, 3 December 2021; The Guardian, 7 December 2021).