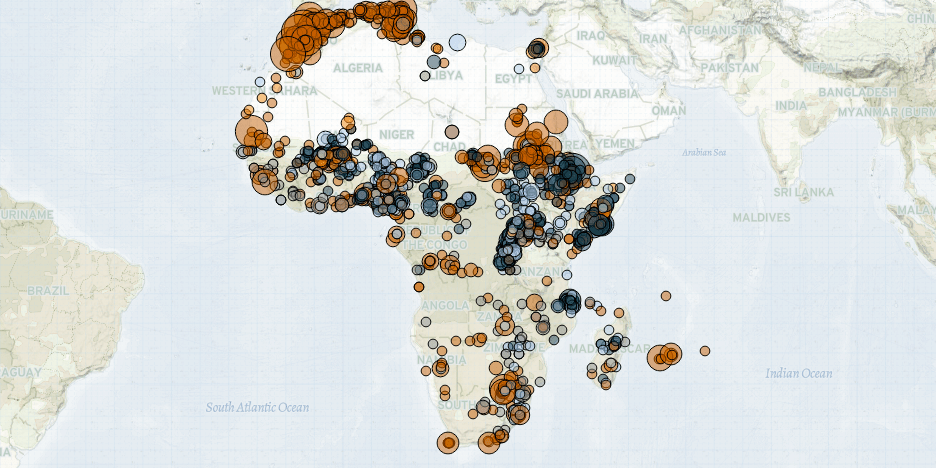 Last week in Africa, Al Qaeda-affiliated militants claimed their first attack in Benin; security forces repelled several attacks by Islamic State militants in Nigeria; Ugandan and Congolese forces launched a joint operation against Islamist militants in eastern DRC; Sudanese and Ethiopian forces clashed in the contested region of Fashaga; and violence escalated in Libya weeks before the scheduled first round of the presidential election.

In Mali, a major attack by presumed Jama’at Nusrat al-Islam wal-Muslimin (JNIM)-affiliated Katiba Macina militants on a bus near Songho in the Mopti region, resulted in dozens of civilian casualties. The group also launched two other deadly attacks against civilians in Mopti last week, and engaged in lethal clashes against Dan Na Ambassagou militiamen near the village of Djiguibombo in Bandiagara cercle.

In Burkina Faso, attacks by JNIM militants and affiliates continued amid ongoing demonstrations against insecurity in the country. In the Sanmatenga province of the Center-North region, over a dozen women were sexually assaulted in the area of Dablo and a number of civilians were reported missing following the attack on the town. Presumed JNIM militants also attacked Burkinabe forces in the town of Sollo in the North region, killing several people. Meanwhile, military operations, including airstrikes and artillery attacks, against JNIM and affiliates’ positions continued in several regions. Further, Burkinabe and Nigerien forces conducted a joint military operation along their shared border against a presumed JNIM base in the Yagha province of the East region. Several militants were killed in the operation and weapons, ammo, and equipment were seized. Elsewhere, Volunteers for the Defense of the Homeland (VDP) fighters clashed against suspected JNIM militants in the Kalamba forest in the Center-North region, leaving nearly a dozen militants killed in what was the biggest loss suffered by the militants in clashes with VDP fighters.

In neighboring Benin, presumed JNIM militants carried out two attacks targeting military forces near Keremou in the department of Alibori and in Porga town in the department of Atacora, resulting in casualties on both sides. JNIM claimed responsibility for the attack in Porga in an unofficial audio and video recording showing weapons and ammunition seized. This is the first claim of responsibility by Islamist militants for an attack in Benin.

In Nigeria, Islamic State West Africa (ISWAP) Lake Chad faction militants launched two major attacks on military bases in Borno state but were repelled by Nigerian ground and air forces. The first attack targeted a Forward Operation Base in Gajiram in Nganzai local government area (LGA) and the second a military outpost near the border with Cameroon, in Rann in Kala Balge LGA. Several soldiers, including two senior officers, as well as dozens of militants were killed in the clashes that ensued. ISWAP fighters also abducted several civilians last week, including Borno state government officials in Chibok LGA and NGO workers in Damboa LGA. In neighboring Yobe state, ISWAP militants advanced toward Buni Yadi in Gujba LGA but withdrew after Nigerian military and police forces engaged them, destroying their gun trucks and inflicting casualties on them. Elsewhere in the northwest, violence by communal militias continued, particularly in Kaduna and Zamfara states. Several deadly attacks were reported by Zamfara militias in Zurmi LGA as well as Gusao where multi-day attacks by the militia triggered clashes with a local self-defense group in Karazau. This violence contributed to a 167% increase in violence in the state last week relative to the month prior (for more, see ACLED’s Early Warning Research Hub).

In the Central African Republic, violence remained high for another week in the Ouham-Pende prefecture. Clashes between military forces (FACA) and suspected Coalition of Patriots for Change (CPC)-aligned rebels of Return, Reclamation and Rehabilitation (3R) group left dozens of people, mostly civilians, dead in Ngaoundaye sub-prefecture. The rebels, however, denied the group’s involvement in the attacks. Meanwhile, 3R fighters launched a retaliatory attack against civilians for collaborating with FACA forces in Ndakaya village, killing around 20 people, while FACA forces targeted Fulani pastoralists in the prefecture.

As the State of Siege was extended for the thirteenth time in the Democratic Republic of Congo, the Congolese and Ugandan armed forces launched a joint military operation, including airstrikes and artillery attacks as well as ground operations, to combat the Allied Democratic Forces (ADF) in the provinces of North-Kivu and Ituri. The operation was followed by the deployment of Ugandan forces into the Beni territory of North-Kivu province where they also established bases. Elsewhere in Ituri, the Cooperative for Development of Congo (CODECO) continued fatal attacks against civilians in the Djugu territory, particularly in the Bahema-North sector where they targeted a refugee/IDP camp and killed over 20 people. Also in Djugu, the FARDC clashed against the CODECO and conducted airstrikes targeting its positions in the Mongbwalu zone, overall resulting in more than a hundred fatalities. Moreover, in the province of South-Kivu, the FARDC carried out a two-day operation against several Mayi Mayi groups in the Ruzizi sector of Uvira territory where they burned many of their camps.

In Sudan, security forces and reservists fought against Ethiopian military forces and allied militias in the disputed region of Fashaga, resulting in at least two dozen fatalities and many injuries. Meanwhile, mass demonstrations against the political agreement signed by the now reinstated prime minister and the military continued across the country. In South Sudan, clashes and revenge attacks proliferated last week, particularly in Jonglei and Unity states. In Warrap state, several people were killed and wounded following a cattle raid in Tonj North County. Retaliatory attacks also occurred in the Hiyala payam of Torit county in Eastern Equatoria state, resulting in a 140% increase in violence in the state last week relative to the month prior (for more, see ACLED’s Early Warning Research Hub).

In Egypt, several attacks were reported by Islamic State militants against Egyptian security forces and their allied Union of Sinai Tribes in the North Sinai governorate where military forces also conducted airstrikes. Finally, in Libya, as the presidential election draws closer, political violence escalated last week with reports of armed groups attacking election centers and stealing voter cards in Tripoli and Al Jafara districts. Clashes were also reported between pro-Haftar 116th and Al Hasoom Brigades in Hun in central Al Jufra district with reports of shells fired by the groups also falling on residential areas. These trends contributed to an 833% increase in violence in the country last week relative to the month prior (for more, see ACLED’s Early Warning Research Hub).