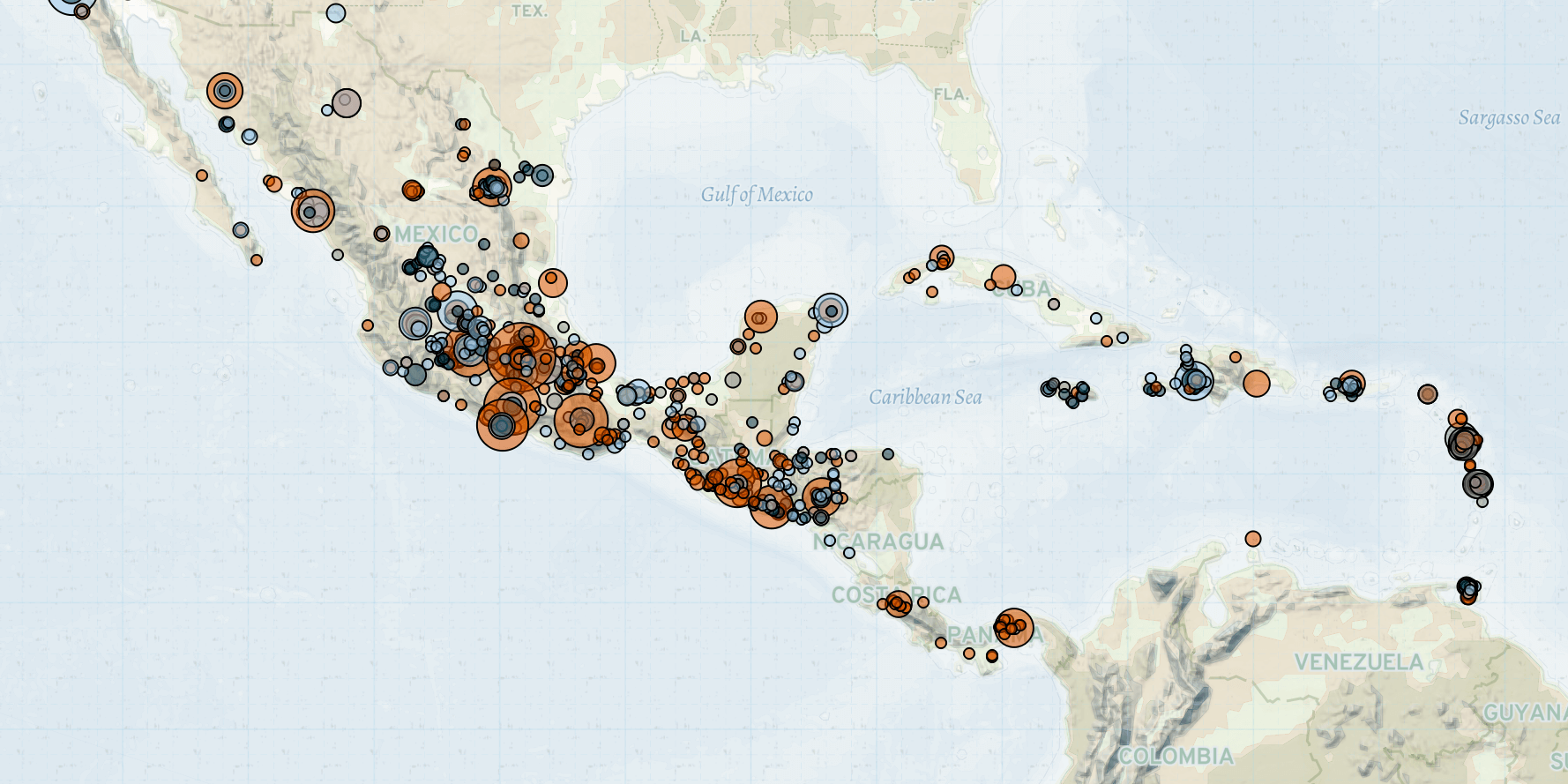 Last week in Mexico, Central America, and the Caribbean, violence increased amid clashes between criminal groups and gang-related attacks in several countries. In Mexico, violence intensified in Michoacan and Jalisco states amid clashes involving the Jalisco New Generation Cartel (CJNG), the Sinaloa Cartel, and local self-defense groups. Meanwhile, gang violence increased in Puebla state. In Guatemala, attacks against civilians by unidentified suspects led to an increase in violence last week. In Honduras, political violence continued as armed suspects killed a representative of the Liberty and Refoundation Party (LIBRE) and two lawyers in separate attacks. In Haiti, the government’s announcement of a rise in the prices of fuel sparked a series of violent demonstrations.

In Mexico, in Michoacan state, the CJNG attacked Nahaus Indigenous communities for two consecutive days in Chinicuila municipality last week, amid an ongoing offensive in the area. During the attacks, the CJNG deployed drones charged with explosives and broke into civilians’ houses. Community self-defense groups and  National Guard officers, who arrived on the second day of violence, responded to the attacks and clashed with members of the CJNG. Following these events and alleged threats by the CJNG, the mayor of Chinicuila fled the municipality and 15 municipal police officers resigned, denouncing the lack of support from the federal government to face criminal groups in Chinicuila (La Jornada, 10 December 2021). Additionally, members of the rival United Cartels burned vehicles and blocked several roads between Buenavista and El Aguaje last week (La Voz de Michoacan, 9 December 2021). The CJNG is disputing control of extortions and criminal activities in Michoacan against the United Cartels, which gathers several local criminal groups to push back the influence of the CJNG (Infobae, 8 December 2021).

Similarly, in Jalisco state, members of the CJNG and the Sinaloa Cartel clashed throughout last week in several villages of Teocaltiche municipality, along the border with Zacatecas state. Following clashes that occurred between Mazcua and Hacienda Vieja communities on 8 December, authorities found burned vehicles with the bodies of seven alleged cartel members. The CJNG and the Sinaloa Cartel have been engaged in an ongoing conflict over control of the production of synthetic drugs in Zacatecas and the drug trafficking routes that connect this state with Jalisco and other neighboring states (Milenio, 9 December 2021; La Silla Rota, 7 July 2021). Last week, ACLED records as many armed clashes in Jalisco as were recorded for the entire month of November in the state.

Meanwhile, in Puebla, gang violence against civilians rose last week, resulting in a 100% increase in violence in the state relative to the month prior (see ACLED’s Early Warning Research Hub for more). Amid the attacks recorded last week, the auxiliary councilor of Jicolapa municipality was shot and killed in a drive-by shooting by two armed suspects on 10 December. Though the motivations for the attack are being investigated, authorities claim that the perpetrators were members of criminal groups that are contesting control of criminal activities in the area (El Heraldo de Puebla, 12 December 2021).

In Guatemala, attacks against civilians increased last week, contributing to a 140% increase in violence relative to the month prior (see ACLED’s Early Warning Research Hub for more). Most of the attacks recorded last week were perpetrated by gang members and occurred in Guatemala City and Villa Nueva, which is located in the Guatemala City metropolitan area. Reports of local civil society organizations suggest that several of these attacks are related to extortions by criminal groups (Epicentro, 13 December 2021).

In Honduras, violence increased last week, a week after the general elections of 28 November. In Santa Cruz, Lempira department, on 5 December, unidentified assailants shot and killed the local director of the LIBRE party, which will take power on 27 January 2022 after having won the presidential election. Days after this attack, armed suspects killed a justice of the peace at his home in La Union municipality, as well as three lawyers when they were returning from the local court in Danli department, killing one. These attacks follow a spike of violence in November, amid several attacks against politicians, candidates, political activists. According to local experts, attacks against politicians, candidates, judges, and lawyers often remain unpunished due to the lack of investigations to establish the reasons and the perpetrators behind these attacks (Expediente Publico, 11 February 2021; Proceso Digital, 7 April 2021).

In Haiti, the government implemented an increase in fuel prices on 10 December (Haiti Libre, 8 December 2021), triggering demonstrations in Sud, Ouest, and Artibonite departments. Rioters barricaded several roads in Artibonite, with local media reporting the sound of gunshots during these blockages (Haiti Standards, 10 December 2021). Meanwhile, in Ouest, demonstrators forced drivers to abandon their vehicles in Port-au-Prince, which were also used to block roads. Prime Minister Ariel Henry announced the suspension of fuel subsidies on 7 December,  foreshadowing a 20% increase in gasoline prices and more than doubling the price of diesel and kerosene (Reuters, 7 December 2021).