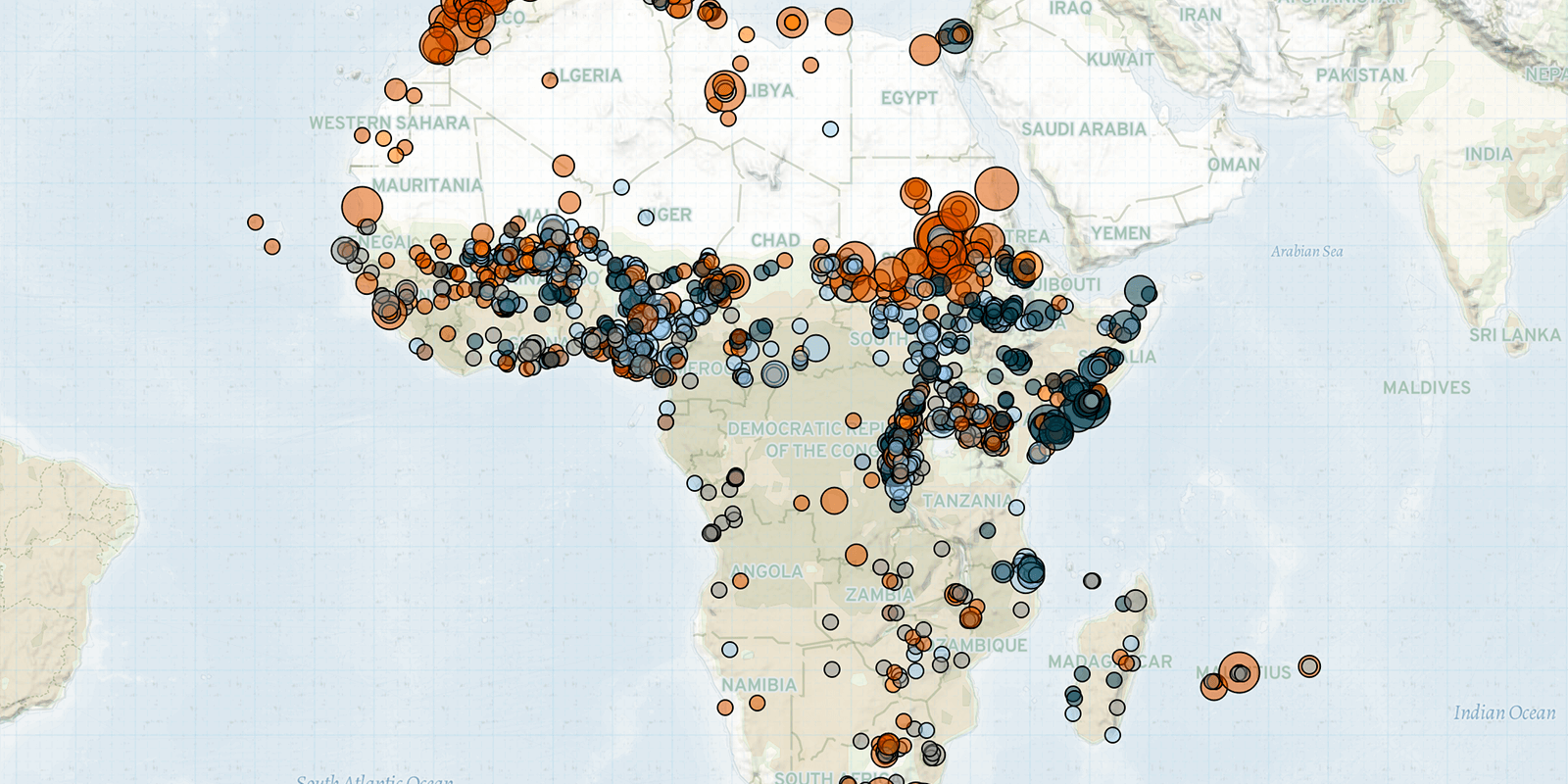 Last week in Africa, military forces conducted airstrikes against Islamist militants in Burkina Faso, Mali, DRC and Somalia; mass demonstrations against military rule continued in Sudan and broke out in Mali against ECOWAS sanctions; clashes between local self-defence militias and Zamfara militiamen in Nigeria led to numerous fatalities; and violence escalated in Cameroon and Uganda.

In Mali, military forces conducted air and artillery strikes against JNIM positions, killing scores of militants in the Mopti and Sikasso regions. While the Malian government denied the involvement of Russian mercenaries, the first fatality among Russian military advisors or private military contractors was reported following a JNIM IED explosion in the Mopti region (France 24, 25 December 2021). In response to strict sanctions on the government imposed by the Economic Community of West African States (ECOWAS) for failing to adhere to agreed-upon conditions of the transition process, the Malian transitional government called for demonstrations, held in the capital and dozens of other locations  (Le Monde, 10 January 2022). The strict ECOWAS sanctions may impact the Malian economy in the short term, with devastating consequences for the population, that economists (DW, 17 January 2022) and nongovernmental organizations (NGOs) have warned about (NRC, 19 January 2022).

Across the border in Cameroon, violence increased by 174% last week compared to the month prior (for more, see ACLED’s Early Warning Research Hub). Ambazonian separatists had vowed to disrupt the Africa Cup of Nations soccer matches, contributing to the spike in violence (CNN, 3 January 2022).

In the Democratic Republic of Congo (DRC), the Congolese (FARDC) and Ugandan armed forces carried out airstrikes against the Allied Democratic Forces (ADF) in North Kivu province following ADF attacks in Watalinga and Ruwenzori sectors. Elsewhere, the FARDC clashed against the Cooperative for Development Congo (CODECO) rebels in the Mahagi and Djugu territories of Ituri province, leading to the arrest of one of the group’s founding members (7SUR7, 10 January 2022). Further, a senior ADF commander was arrested in South Kivu province as he attempted to cross the border into Burundi. The FARDC also destroyed the strongholds of the Mayi Mayi Kijangala and National Forces of Liberation (FNL) and fought against Mayi Mayi Buhirwa in Uvira territory. Finally, in Tanganyika province, longstanding tension between the Batwa and Bantu communities led to deadly clashes during festivities in Kalemie territory, where multiple other attacks by unidentified militias were also reported against civilians.

In South Sudan, clashes involving the Sudan People’s Liberation Movement – In Opposition (SPLM-IO) increased last week, coinciding with new peace talks between the Kitgweng faction of the IO and the government (Radio Tamazuj, 12 January 2022). IO forces engaged in clashes with military forces in Upper Nile and Unity states, resulting in at least three fatalities. Elsewhere, in Western Bahr el Ghazal state, IO forces in Jur River county under the command of a rogue general were implicated in acts of violence against civilians, including abductions and sexual violence, as well as a clash with bodyguards of a local chief. In neighboring Sudan, several people were killed during ongoing demonstrations demanding a return to civilian rule.

In Somalia, a  vehicle-borne IED (VBIED) attack by Al Shabaab militants targeted a private security convoy in the capital Mogadishu, leaving several people killed and injured. Al Shabaab claimed responsibility for the attack, stating that it was targeting ‘foreign officers’ (Voxafrica, 17 January 2022). Two separate airstrikes conducted concurrently by US and Kenya military forces struck a telecommunication base and mast, respectively in the Middle Juba and Gedo regions, with the latter being a retaliation for an Al Shabaab IED attack on a mast the week before.

Lastly, violence escalated in the Northern region of Uganda where security forces clashed with Karamajong pastoralists in Kotido and Napak districts. The military forces also gunned down a 12-year-old boy who was looking after cattle in Abim district, leading to a protest by residents. These events resulted in a 140% increase in violence in the region last week relative to the month prior (for more, see ACLED’s Early Warning Research Hub).