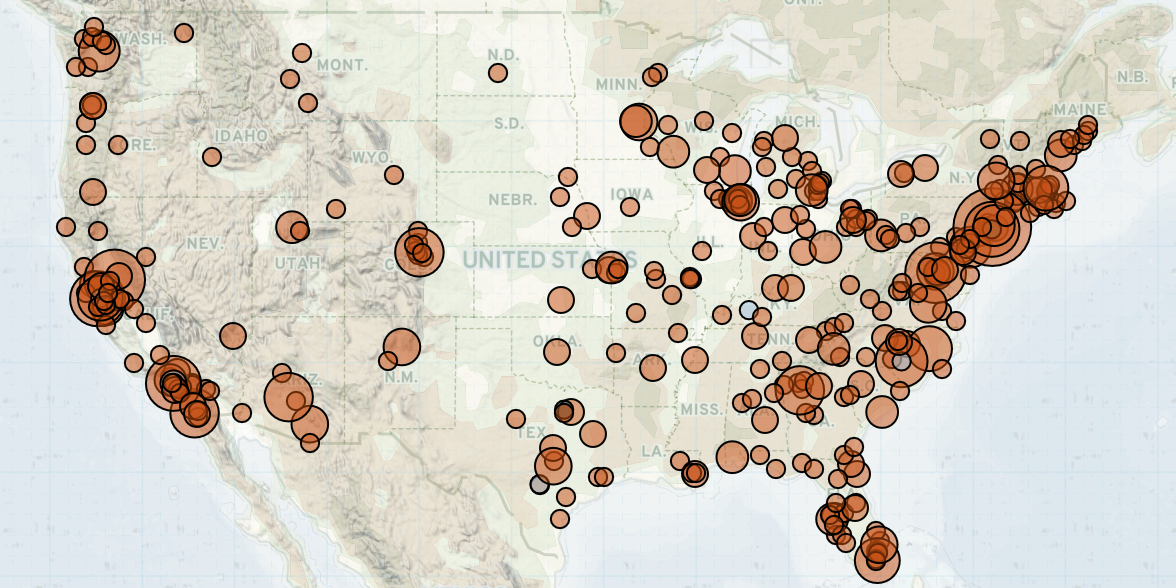 Demonstration levels in the United States increased last week as groups organized to express demands on a range of issues, particularly on 17 January — Martin Luther King, Jr. (MLK) Day. Demonstrators commemorating MLK Day called for the passage of voting rights legislation in at least 19 states and Washington, DC. Additionally, demonstration events by labor groups demanding better pay and working conditions decreased by about half compared to the week prior, though they comprised the largest share of events. Last week also marked an increase in demonstrations against access to abortion ahead of the 22 January anniversary of Roe v. Wade and as part of the annual ‘March for Life.’ Meanwhile, militia groups and militant social movements participated in multiple demonstrations last week, while no training or patrol activity was reported.

A spike in demonstration events on 17 January was the result of demonstrators commemorating MLK Day and rallying in support of various causes, including voting rights, racial equality in education, and non-violence. Pro-Black Lives Matter demonstrations also reached their highest levels last week since the week of 20 November 2021, when demonstrators had rallied against the verdict in the Kyle Rittenhouse case.

Amid MLK Day commemorations, a man shot into a group of 30-60 people who were celebrating in San Antonio, Texas, critically injuring three and killing at least one in what police say was a random act of violence. Police later arrested the suspect (KSAT, 25 January 2022).

Separately, an armed clash, an attack, and a criminal killing that led to multiple demonstrations occurred last week. On 15 January, a British national held four people hostage during a 12-hour standoff with police at a synagogue in Colleyville, Texas. The man was eventually shot by the FBI, who claim that he was motivated by antisemitism (New York Times, 20 January 2022). Two teenagers were arrested in England in connection with the case (Fort Worth Star-Telegram, 16 January 2022).

On the same day, an Asian woman was killed after she was pushed in front of an oncoming subway in New York City’s Times Square by a stranger. As the man allegedly suffers from multiple mental health issues, the incident is not currently considered an act of political violence (Independent, 18 January 2022). Nevertheless, ‘Stop Asian Hate’ demonstrations against the woman’s death took place last week in New York and in Fremont, California, where she had grown up, with demonstration levels rising to match those reported during the week of 29 May 2021, the end of Asian American and Pacific Islander heritage month.

Elsewhere, an attack occurred in Oakland, California on 20 January when a man who was “screaming he was going to shoot someone” fatally shot a Black man before shooting at firefighters who happened to be nearby. Police state that the attack was unprovoked and the suspect had a prior manslaughter conviction (KTVU, 2 January 2022).

Meanwhile, reported militia and militant social movement activity decreased slightly last week compared to the week prior. Such groups attended at least two events associated with the nationwide ‘March for Life’ against access to abortion last week. QAnon adherents attended a demonstration in Phoenix, Arizona on 15 January, while Groypers and Patriot Front members marched in Washington, DC on 21 January. Members of Patriot Front have participated in DC’s annual ‘March for Life’ each year since ACLED coverage began in January 2020.

Elsewhere, armed Boogaloo Boys and Boogaloo-affiliated Virginia Kekoas rallied along with members of Liberate RVA, the Virginia Citizens Defense League (VCDL), and BLM757 in support of gun rights outside the Virginia State Capitol in Richmond, Virginia (for more on the Boogaloo Boys, Virginia Kekoas, and BLM757, see ACLED’s Boogaloo Boys actor profile). Demonstrations in favor of gun rights take place annually in Richmond, Virginia as part of a VCDL ‘Lobby Day’ held on MLK day. While thousands attended the rally in 2020, this year’s demonstration featured only dozens of attendees (Independent, 20 January 2020). Armed BLM757 members also rallied in Arlington, Texas on 19 January against Child Protective Services removing a girl from her mother’s care.