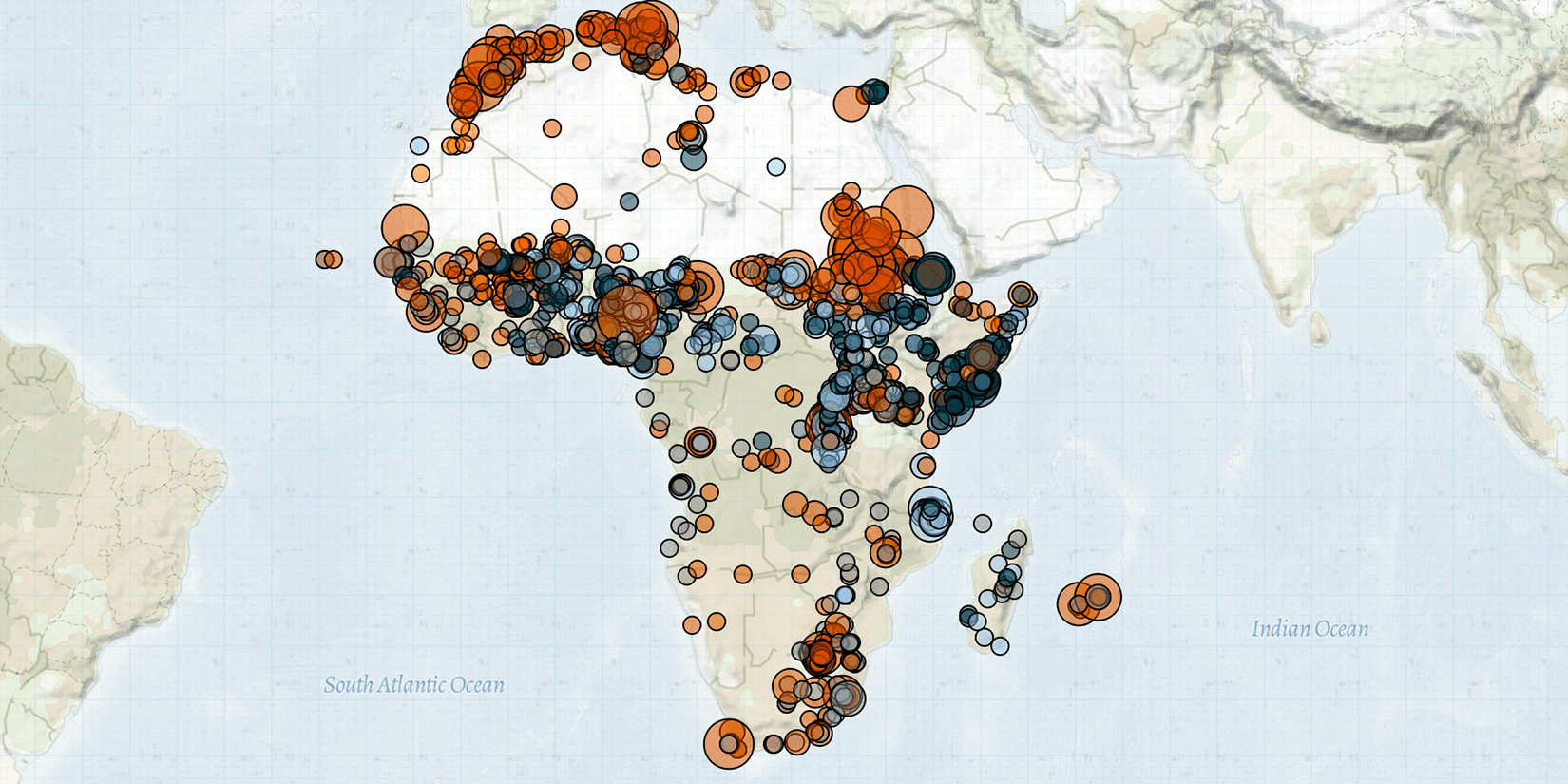 In Burkina Faso, a military coup calling itself the Patriotic Movement for Safeguarding and Restoration (MPSR), ousted President Roch Kabore following a series of demonstrations in Ouagadougou and Bobo-Dioulasso. Mutinous soldiers took power after firing upon military camps in Ouagadougou, Kaya, and Ouahigouya and gaining control of the presidential palace and national media outlets. The MPSR announced the seizure of power from President Roch Kabore and suspension of the constitution, government, and National Assembly. The junta also closed the land and air borders and imposed a nighttime curfew. Conflict also continued with Jama’at Nusrat al-Islam wal-Muslimin (JNIM), attacking the Defense and Security Forces (FDS) and the Volunteers for the Defense of the Homeland (VDP) in the North, Center-North, East, and Southwest regions. Burkinabe state forces conducted airstrikes and operations against JNIM in the Est, Center-North, Sahel, Cascades, and Southwest regions.

Across the border in Mali, Burkinabe military forces conducted airstrikes against JNIM in Mopti, and the Malian Armed Forces (FAM) continued operations against JNIM militants in the Mopti, Segou, and Sikasso regions, killing and capturing dozens. Collective airstrikes and ground operations contributed to the 114% increase in violence in Mopti last week relative to the past month, as flagged by ACLED’s Subnational Surge Tracker. JNIM fired mortar shells at a French military base, killing one and wounding nine French soldiers, as well as wounding one U.S. soldier. French forces responded to the mortar fire with airstrikes on JNIM, killing several militants. Malian state forces killed 14 villagers in Tonou (Tondo, Erkokoni) in response to an IED attack nearby, amidst a concerning increase in attacks on civilians by Malian state forces.

In Libya, the Islamic State clashed with Libyan military forces affiliated with Haftar and joined by the Tariq Ibn Ziyad brigade in Murzuq district. This is the second consecutive week of violence concerning the Islamic State after four months without a reported event. In Aljfara, an unidentified armed group made a failed attempt to assassinate the Minister of Justice.

In the Democratic Republic of Congo, presumed M23 rebels killed dozens of Congolese armed forces (FARDC) in Rutshuru territory of North Kivu province. The clashes occurred amid a resurgence of M23 activity since November last year. Furthermore, the Allied Democratic Forces (ADF) militants established new bases near the border between North Kivu and Ituri provinces amidst ongoing attacks against civilians and the FARDC. Further, demonstrations erupted in Beni town demanding an end to the ‘State of Siege’ operation, which started on 6 May 2021. Police and FARDC intervention led to the death of an activist from the Fight for Change Movement (LUCHA). In South Kivu province, the Burundian military forces and their allies fought against the Resistance to the Rule of Law (RED-Tabara), with the former overtaking multiple areas in Uvira territory following the clashes.

In Kenya, suspected Pokot militias launched several deadly attacks against civilians in Marakwet East in Elgeyo Marakwet county last week. The militias raided a school near the border between Elgeyo Marakwet and West Pokot counties in an attempt to steal livestock but were thwarted by ‘locals’ (The Standard, 28 January 2022). Police forces repelled another militia attack on Kapedo village in the border area of Baringo and Turkana counties earlier in the week. Elsewhere, suspected Al Shabaab militants targeted a convoy of court officials in Lamu county and clashed with police forces. ACLED’s Conflict Change Map flags a 151% increase in violence in Kenya over the past month relative to the past year; and first warned of increased violence to come in the country last month.

In Somalia, Al Shabaab attacks on government officials and electoral delegates continued. In the capital Mogadishu, the militants shot and killed the former governor of Hiraan region and targeted another government official with an IED, killing him and his bodyguards. They also killed a clan elder who was an electoral delegate for Southwest state in Afgooye in Lower Shabelle region. Moreover, fighting between security forces and Al Shabaab fighters left scores of militants dead, particularly in Galgaduud region as well as Middle Shabelle where Somali special forces took over Xawaadleey and Jameeco Misra villages. Suspected Islamic State militants also carried out attacks in Mogadishu, with reports indicating that the group is imposing taxes on local businesses in the capital. Reported violence by the group has risen in the month of January. These trends contribute to the 33% increase in violence in Somalia last week compared with the preceding month that is flagged by ACLED’s Conflict Change Map.

In South Sudan, suspected Murle militias attacked Baidit payam in Bor South county in Jonglei state, resulting in clashes that killed and wounded dozens of people. The victims were mainly Bor Dinka civilians. This represents the most serious incident in Jonglei state since a flare-up in violence in May 2021 and may presage a mobilization of Bor Dinka against the Murle (for background context, see ACLED report on ‘communal’ violence in South Sudan). Elsewhere, clashes between government forces and National Salvation Front (NAS) rebels occurred in Juba and Lainya counties in Central Equatoria state, resulting in the 167% increase in violence in the state last week relative to the past month, as flagged by ACLED’s Subnational Surge Tracker.