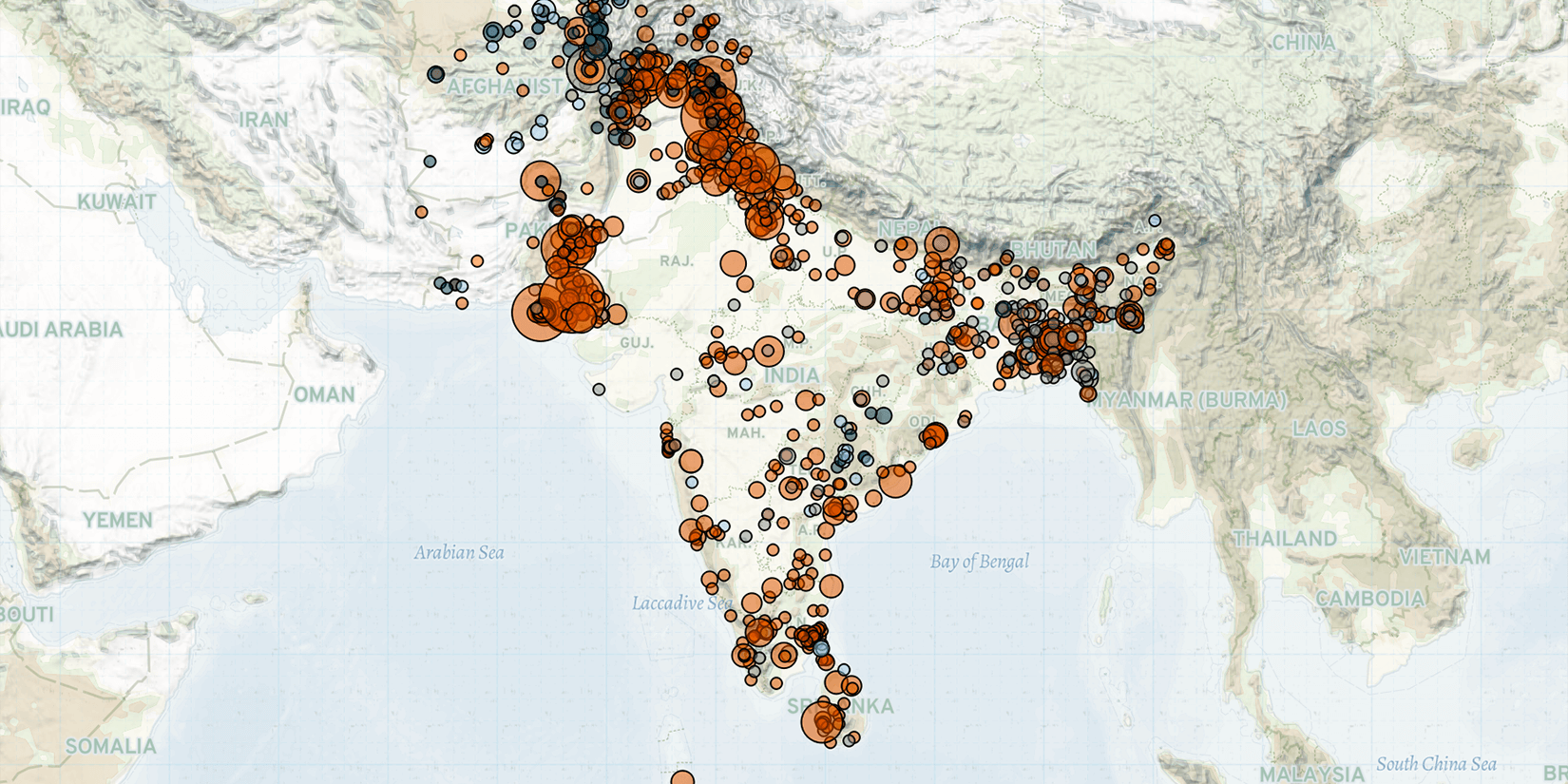 Last week in South Asia and Afghanistan, civilians continued to be targeted by the Islamic State (IS), the Taliban, and unidentified groups as women’s protests continued in Afghanistan. Clashes also continued between the Taliban and the National Resistance Front (NRF), as well as with IS. In Pakistan, Baloch separatists attacked security forces, while Tehreek-i-Taliban Pakistan (TTP) targeted civilians in Khyber Pakhtunkhwa province. In India, Naxal-Maoists carried out multiple acts of remote violence and civilian targeting during a weeklong shutdown strike. Lastly, students staged demonstrations and clashed with police in Bihar state over the lack of jobs in the railway sector. In Bangladesh, rival political parties and their supporters clashed before the final phase of the local elections.

In Afghanistan, attacks on civilians continued last week. In Herat city, eight ethnic Hazara civilians were killed when their bus was targeted by an IS-planted bomb. Violence in Herat is both common and highly volatile; it is considered an area of ‘extreme risk’ by ACLED’s Volatility and Risk Predictability Index. Moreover in Nahr-i-Saraj district of Helmand province, a child was killed and two people were injured in a mortar shell explosion. The attack was not claimed by any group. These trends contributed to an increase in violence in Herat and Helmand provinces last week when compared to last month. Meanwhile, a prisoner died while in detention and three people were killed in Taliban raids in Nangarhar province; ACLED’s Subnational Surge Tracker first warned of increased violence to come in Nangarhar last month. Taliban forces also shot dead three members of a family in Kabul city. The motive behind these killings remains unclear.

The Taliban’s restrictive policies continued to trigger women’s protests in Kabul, Bamyan, and Balkh provinces last week, as protesters demanded the whereabouts of women activists detained the week prior (TOLO News, 29 January 2022). In Kabul, another protest was staged by women in support of the Taliban government, calling for the international community to release Afghanistan’s frozen assets that have exacerbated economic turmoil in the country (TOLO News,26 January 2022). Taliban forces did not intervene in last week’s protests unlike the week prior.

Meanwhile, the NRF and the Taliban clashed in Baghlan province, with both parties claiming to inflict over 10 fatalities on the other. Combat activity doubled in Baghlan province last week when compared to the past month. The NRF and the Taliban engaged in dozens of clashes in January, mainly concentrated in Panjshir province. IS also claimed attacks against the Taliban, including one in Taluqan city in Takhar province where IS activity was recorded for only the second time by ACLED.1This week, over 450 additional events have been integrated in ACLED’s Afghanistan dataset as part of a data supplementation project, including IS-Taliban and Taliban-NRF clashes. As a ‘living dataset,’ ACLED regularly takes on such projects to supplement the data and new sources of information become available. ACLED’s Subnational Surge Tracker first warned of increased violence in Takhar last month.

In northwestern Pakistan, the TTP attacked civilians in Khyber Pakhtunkhwa province last week. Suspected TTP militants killed four civilians in a remote explosion in Kohat district. The TTP also targeted a polio vaccination team on the outskirts of Kohat city, killing a police officer. ACLED’s Subnational Threat Tracker warned of increased violence to come in the province last month. Meanwhile, the Pakistani government dispatched a secret delegation consisting of Pashtun tribal elders to Afghanistan to hold talks with the TTP (Gandhara, 24 January 2022). Thus far, the talks, mediated by the Afghan Taliban, have focused on reviving the expired peace agreement with the Pakistani government (Gandhara, 24 January 2022). Since the TTP unilaterally ended a month-long ceasefire on 9 December 2021, it has intensified its attacks against security forces in Pakistan.

In India, Naxal-Maoist rebels engaged in civilian attacks and remote violence during a shutdown strike last week. Naxal-Maoists observed “Resistance Week” from 22 January, concluding with a shutdown in Jharkhand and Bihar states on 27 January to oppose the arrest of their leader, Prashant Bose (India Today, 27 January 2022). In Jharkhand state, Naxal-Maoists attacked construction workers and blew up at least three telecom towers, a railway track, and a bridge, contributing to the 414% increase in violence last week relative to the past month that is flagged by ACLED’s Subnational Surge Tracker. In Odisha state, rebels attacked a local government candidate and set ablaze the house of a government official prior to the village council election starting on 16 February (Times of India, 11 January 2022). Naxal-Maoists also killed a civilian in Chhattisgarh state, accusing him of cooperating with the police.

Lastly in India, demonstrations surged in Bihar state last week, where thousands of students expressed discontent with the Railway Recruitment Board’s examination procedure (The Hindu, 27 January 2022). More than 10 million job candidates have been competing for 35,000 jobs with the railways, which is India’s largest employer (BBC News, 28 January 2022). Several student unions called for a statewide shutdown, resulting in road blockades and railway disruptions across Bihar, including in the capital city, Patna. Students clashed with police in several districts, while police fired at demonstrators in Madhubani city, injuring at least three students. The clashes contributed to the 380% increase in violence last week relative to the past month in Bihar that is flagged by ACLED’s Subnational Surge Tracker, which warned of increased violence to come in Bihar last month.

In Bangladesh, clashes between rival political parties took place last week, ahead of the final phase of the local government elections on 7 February (The Daily Star, 29 December 2021). Last month, ACLED’s Conflict Change Map warned of increased violence to come in Bangladesh. Several clashes broke out between the ruling Awami League (AL) and independent candidates during election rallies and campaigning in Chittagong district. Chittagong was warned as a potential hotspot for violence last month by ACLED’s Subnational Surge Tracker. Violence is expected to increase leading up to and during the last phase of the local elections next week.