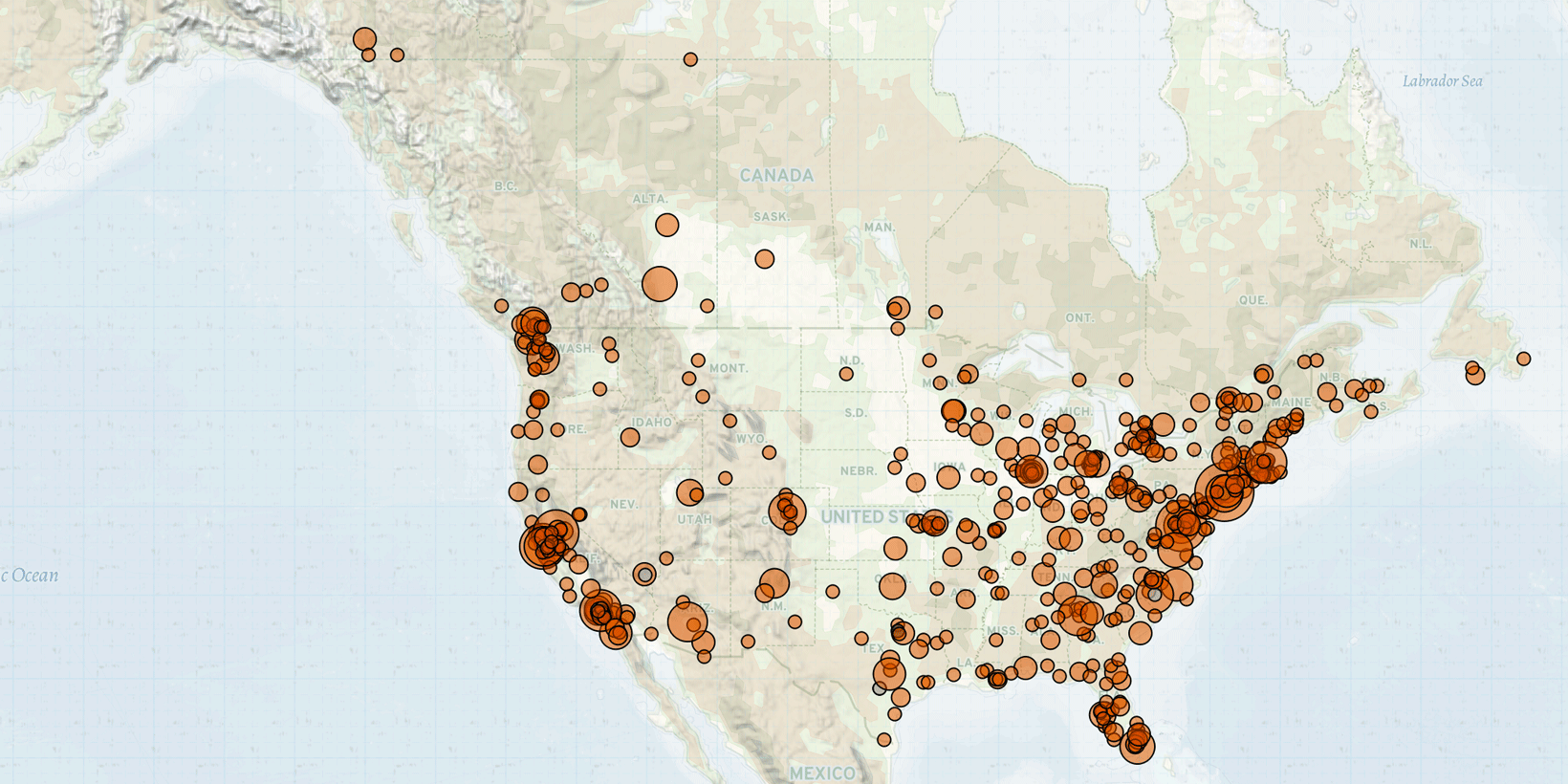 Demonstrations continued in the United States and Canada last week.1On 2 February 2022, ACLED achieved global real-time coverage with a final geographic expansion to Canada, Oceania, Antarctica, and all remaining small states and territories. Canada, as well as Bermuda and Saint Pierre & Miquelon will be reviewed in the now-renamed ‘US and Canada’ regional overview on a weekly basis going forward. In the United States, demonstration levels declined following a peak in activity on Martin Luther King Jr. Day the week prior. However, demonstrations related to the COVID-19 pandemic increased sharply, making up the largest share of events. Demonstration events in which labor groups called for better pay and workplace conditions also increased slightly, constituting the second largest share of events. Last week also saw a large increase in demonstration events related to access to abortion, with most taking place on the 22 January anniversary of Roe v. Wade. In Canada, demonstration levels spiked as truck drivers converged on Ottawa, Ontario to oppose a vaccine mandate for drivers traveling between the United States and Canada. In the United States, militia groups and militant social movements participated in numerous demonstrations — especially those against pandemic-related restrictions — and also resumed training and recruitment events following a brief lull the week prior.

Meanwhile, demonstration levels in Canada increased sharply last week, as a series of loosely-organized truck convoys from British Columbia and other parts of western Canada began to converge on Parliament in Ottawa, Ontario (New York Times, 28 January 2022). This so-called ‘Freedom Convoy’ was organized in response to new vaccine restrictions on truck drivers seeking to cross the US-Canada border: from 15 January onwards, all drivers are required to be vaccinated to avoid facing a two-week quarantine and COVID-19 testing (Reuters, 20 January 2021). Demonstrations against vaccine mandates and in support of the truckers were organized along the convoy’s routes. Anti-vaccine demonstrations made up the largest share of demonstration events in Canada last week.

Reported militia and militant social movement activity in the United States increased significantly last week compared to the week prior.2Various militias and militant social movements, including Three Percenters and Proud Boys, are classified as “terrorist” organizations in Canada, reducing their trackable activity. The Yavapai County Preparedness Team (YCPT) held at least two recruitment meetings on 22 and 25 January in Chino Valley, Arizona. YCPT has held at least one recruitment event per month in Chino Valley since April 2021. In southern Arizona, Veterans on Patrol (VOP) carried out at least two patrol events along the US-Mexico border. On one of these patrols, they encountered two teenage migrant boys, who VOP claims to have handed over to US Border Patrol. VOP also claimed to have detained a woman and three children on another patrol, but it is unclear what became of these migrants.

Also in the United States, members of various militias and militant social movements participated in demonstrations against pandemic-related mask and vaccine mandates last week. On 22 January, at least one Three Percenters affiliate was present at a ‘Freedom Rally’ at the Michigan State Capitol in Lansing. Meanwhile, members of the Proud Boys participated in a demonstration against vaccines in Olympia, Washington on the same day. On the following day, thousands of people rallied at the Lincoln Memorial in Washington, DC and called for an end to coronavirus vaccine mandates (Washington Post, 23 January 2022). Among the demonstrators were members of the Three Percenters, Groypers, and Proud Boys. In Fort Lauderdale, Florida, QAnon adherents demonstrated alongside the Proud Boys during a ‘Defeat the Mandate’ demonstration on 23 January. That same day, QAnon adherents were also active in San Rafael, California, where they demonstrated against vaccines at a farmers’ market. Meanwhile, members of People’s Rights held a demonstration outside a high school in Redmond, Washington on 27 January to decry the state’s mask mandate.

Openly white supremacist groups were also active last week in the United States. On 22 January, members of the Nationalist Social Club demonstrated outside a hospital in Boston, Massachusetts, claiming that the hospital’s healthcare policies are “anti-white.”3A Telegram account associated with the Nationalist Social Club posted these claims on 23 January 2022. Meanwhile, the Goyim Defense League (GDL) distributed antisemitic flyers blaming Jewish people for the pandemic at homes across multiple Californian cities, including in Whittier, Chico, and San Francisco, on 23 January. In addition, the Patriot Front held a sparring training in eastern Massachusetts.