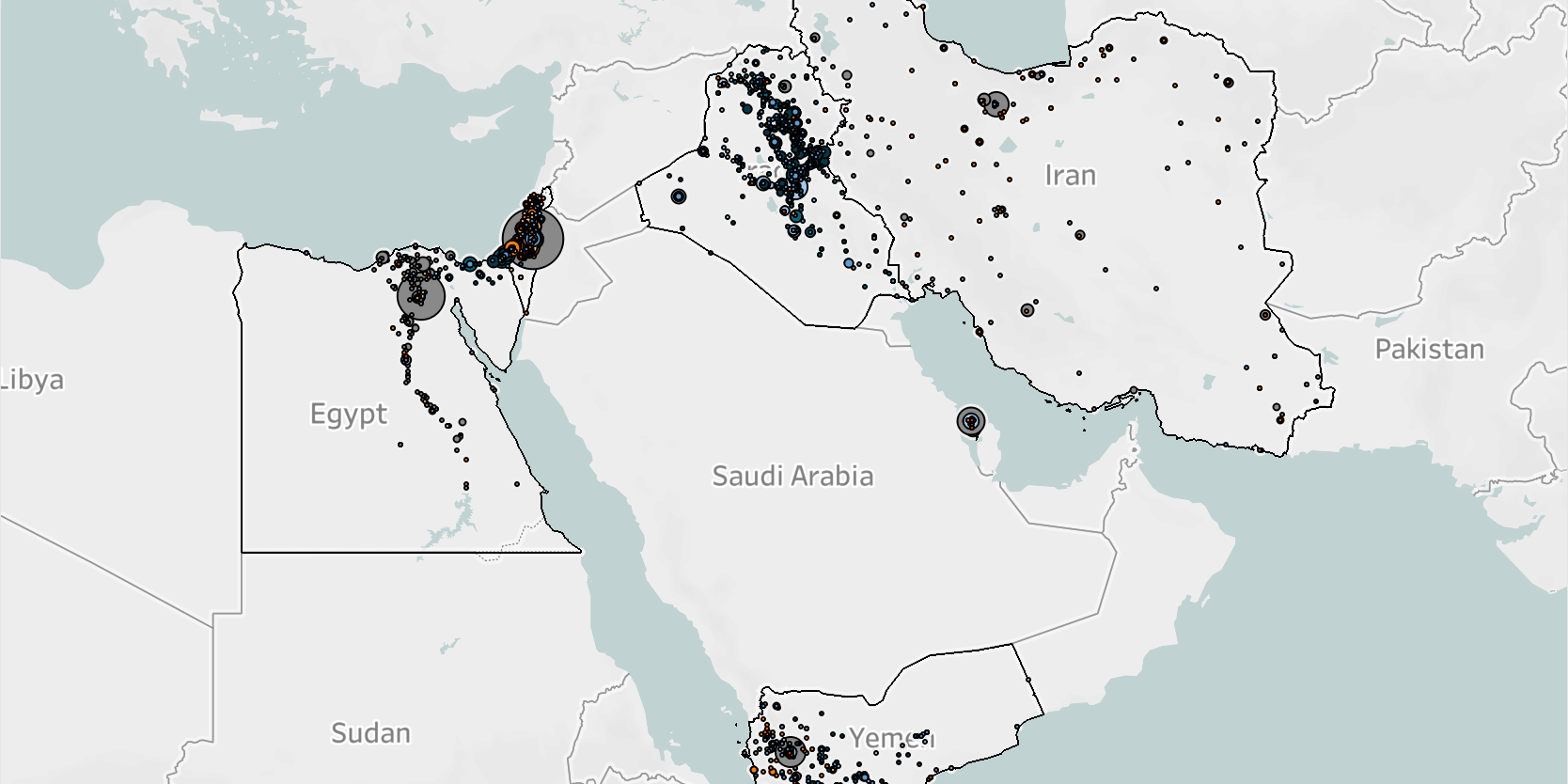 Last week in the Middle East and North Africa, state authorities persecuted religious minorities and dissidents. In Egypt, state authorities arrested one individual and prosecuted another on blasphemy-related charges. In Iran, the regime continued its systematic persecution of non-Shiite religious minorities. In Iraq, the state arrested people under morality-related pretexts. In Israel, Haredi communities continued to agitate private business-owners not adhering to the strict kashrut supervision.

Last week in Egypt, state authorities prosecuted one individual and arrested another on blasphemy-related charges. A court in Cairo sentenced a Coptic Christian man to five years in prison for charges of “contempt of religion, slandering Islam, misusing religion in promoting extremism, and violating family values” (The New Arab, 2 February 2022). The man was arrested in June 2021 for having “improper images on his phone, that was considered offensive to Islam” (EIPR, 1 February 2022). Also, in Cairo, a man was arrested by security forces after he claimed to be the “awaited Mahdi”1The term ‘Al Mahdi’ refers to “the rightly guided one,” and is the name of the restorer of religion and justice who, according to a widely held Muslim belief, will rule before the end of the world (Encyclopaedia of Islam, 2012). and criticized “state symbols and institutions” (Al Masry Al Youm, 2 February 2022). Various human rights organizations in Egypt have accused the government of using blasphemy laws, and for violation of family and social values laws, to stifle freedom of expression and belief (EIPR, 1 February 2022).

In Iran, state authorities continued their systematic persecution of non-Shiite religious minorities last week. In Tehran, Iranian security forces arrested two Baha’i citizens at their houses for unspecified charges and confiscated personal belongings (HRANA, 1 February 2022). In Gilan province, Iranian prison authorities refused to provide appropriate medical care to a Sunni prisoner in Rasht’s Lakan prison, despite his critical health condition. Reports suggest that his medical condition necessitates hospitalization, but Iranian authorities have not approved his transfer for such treatment (HRANA, 31 January 2022). In the city of Dezful, the Iranian Ministry of Intelligence forces summoned 10 Christian converts without providing any documentation for the summons. After arriving at the Ministry of Intelligence headquarters, the individuals were pressured to convert back to Islam under threat of imprisonment.

In Iraq, a recent increase in moral policing in Iraqi Kurdistan continued last week, with the arrest of 28 individuals for partaking in a game of roulette. State forces also confiscated gambling materials and shut down the hall where the game was hosted. On 15 December 2021, the government of Iraqi Kurdistan announced the prohibition of gambling as part of a new set of moral policing guidelines released to ensure the preservation of “public morals and traditions” (Basnews, 15 December 2021).

In Israel, the ongoing dispute over the sale of non-kosher cell phones in the Haredi community continued last week, with two violent demonstrations taking place in the Mea Shearim neighborhood in Jerusalem. Hundreds of Haredi and Hasidic citizens and rabbis attended the demonstrations, demanding that cell phone stores stop selling non-kosher smartphones (Haderi Ha Haredeem, 3 February 2022). In one instance, the demonstrators damaged the store and injured one policeman (Haderi Ha Haredeem, 3 February 2022). Cell phones are deemed to be non-kosher when they are not sold under the supervision of the Rabbinical Committee for Communication Affairs (BBC, 6 October 2008).