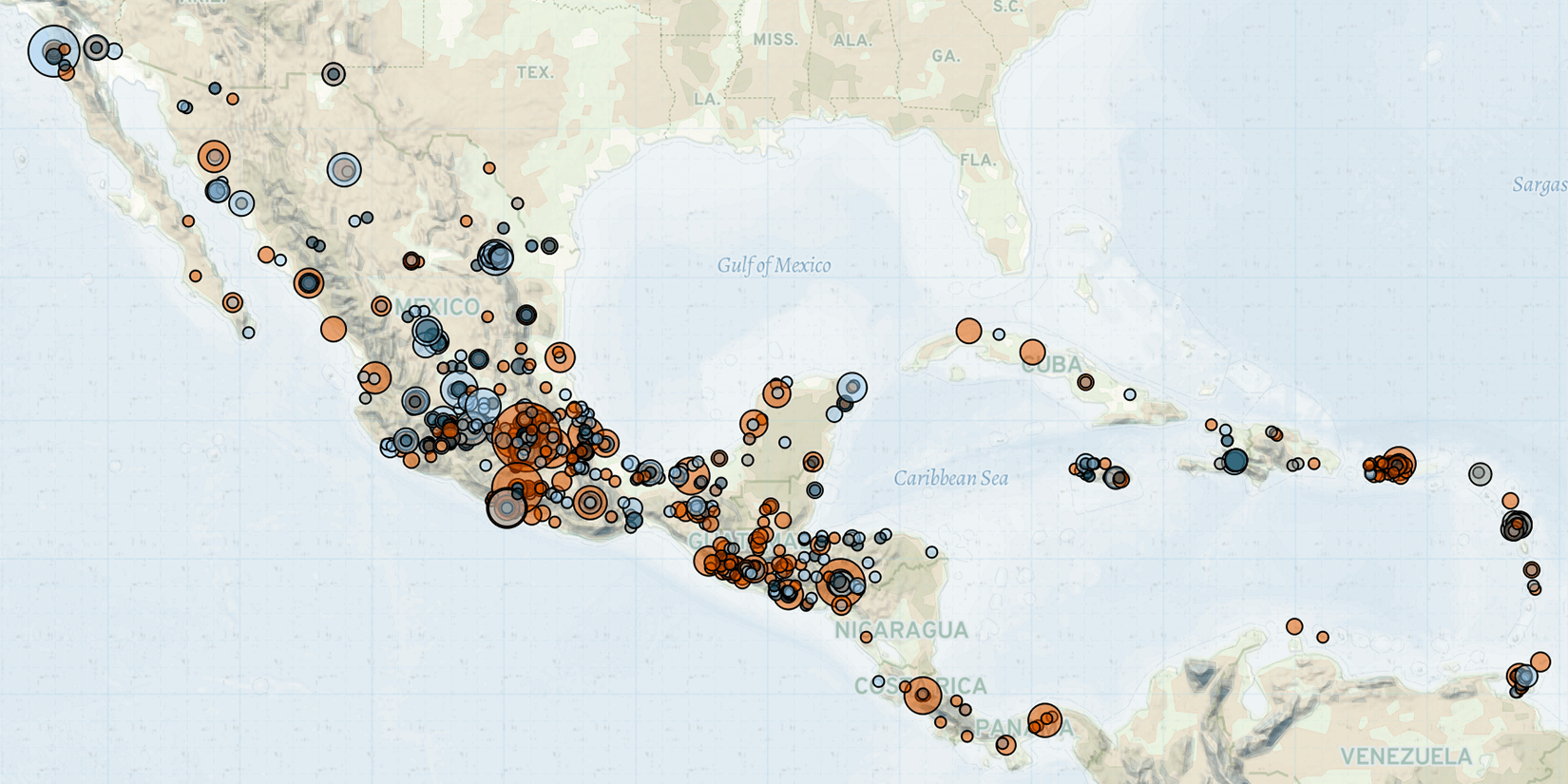 In Mexico, for the third consecutive week, violence targeting journalists was reported last week, leaving one journalist dead. On 31 January, unidentified gunmen shot and killed a journalist outside his office in Zitacuaro municipality, Michoacan. Though perpetrators remain unknown, the victim had received previous threats against his life for his reports of corruption schemes in the local administration (Los Angeles Times, 1 February 2022). A day after this attack, two armed suspects attacked another journalist near his house in Isla Mujeres, Quintana Roo. The journalist managed to escape the attack and sought help from his neighbors, prompting residents to attack one of the perpetrators while the other managed to escape. Following the attack, a threatening message against the journalist signed by a criminal group was found in Cancun (El Financiero, 2 February 2022). These attacks follow several other attacks in recent weeks, which have left four journalists dead thus far in 2022.

Elsewhere, in Mexico state, supporters of the Citizens’ Movement (MC) attacked employees of the Amanalco de Becerra city hall on 1 February, leaving 28 employees injured. MC supporters reject the government of the current mayor, who was elected as an MC candidate before defecting to the National Regeneration Movement (MORENA) (La Jornada, 1 February 2022). Days after this attack, MC supporters also set a parked police patrol car on fire in the city center. The conflict between supporters and members of MC and MORENA in Amanalco de Becerra has been ongoing since the beginning of January when MC supporters started a sit-in inside city hall, preventing the mayor and MORENA-affiliated employees from entering. Additionally, there was an increase in gang attacks against civilians in the state last week, resulting in three civilians dead. These trends contribute to the 100% increase in violence in Mexico state last week relative to the past month that is flagged by ACLED’s Subnational Surge Tracker.

In Haiti, violence increased last week, driven by clashes between gangs and police officers in Ouest department, particularly in the Croix-des-Bouquets district. Gang members opened fire and threw Molotov cocktails at the police stations of Bon-Repos and Cesselesse on 31 January, leaving one officer dead and another injured. On the day of the attacks, gangs also shot at a radio station that has previously received threats from the 400 Mawozo gang (Alterpress, 1 February 2022). These attacks come after police operations against gangs in Croix-des-Bouquets were carried out between 27 and 29 January, in which several gang members were killed and around 33 people were arrested, including two members of the 400 Mawozo gang. In January, ACLED records a peak of violence in this district with the highest number of events recorded since ACLED’s coverage started in 2018.

Meanwhile, rioters barricaded roads with burning tires on 4 February in Port-au-Prince, demanding Prime Minister Ariel Henry to step down from power on 7 February. Amid the roadblocks, gunshots were heard in the metropolitan area of Port-au-Prince and in Delmas district, though the circumstances of the shootings were not reported (Alterpress, 4 February 2022). Opposition groups claim that Henry has failed to grant conditions to hold elections and that his mandate should end by 7 February — which was the end date of the term of late President Jovenel Moise —  handing power to a transitional government (Reuters, 8 February 2022). Henry has stated that his government will step down after Haitians elect a new president (Gazette Haiti, 21 January 2022).

In El Salvador, gang-related violence increased last week with clashes between rival gangs and gang attacks against state forces. According to experts, gangs have increased violent activity to put pressure on the government and to obtain more benefits in alleged negotiations between the government and gangs (Infobae, 13 November 2021). Investigations led by independent media outlets and local organizations have found evidence that suggest the involvement of President Nayib Bukele in negotiations with gangs, despite denials by the government (RFI, 25 August 2021). Following these accusations, the US government imposed sanctions on two government officers in December 2021 (France 24, 9 December 2022).

Similarly, in Puerto Rico, violence increased last week amid drive-by shootings and targeted attacks against civilians by unidentified suspects. Such violence contributed to the 85% increase in violence in the country last week relative to the past month that is flagged by ACLED’s Conflict Change Map; the tool first warned of increased violence to come last month. Authorities and experts report that such attacks are mainly the result of criminal groups fighting for control of local drug markets (EFE, 14 September 2021; InSight Crime, 1 February 2022).

Meanwhile, demonstration events peaked last week in Puerto Rico, as public employees, including teachers, held labor-related demonstrations. Protests started on 31 January in San Juan, where more than 3,000 public employees protested outside the governor’s house, demanding an increase in salaries and fair retirement conditions (El Nuevo Dia, 31 January 2022). Protests were reported in more than a third of Puerto Rico’s municipalities. Protesters claim that a recent municipal debt restructuring plan — due to come into force on 15 March (BBC, 19 January 2022) — will see their pensions cut by up to 30%, with minimal salary increases (Eldiario.es, 4 February 2022). Demonstrations in the first four days of February have already surpassed the number of demonstration events recorded in Puerto Rico during the four prior months combined.

In Honduras, public workers demonstrated last week, demanding payment of arrears wages and permanent contracts. Most of the demonstrations were recorded in Tegucigalpa, though health workers and teachers also protested in Copan, Cortes, Choluteca, and Atlantida departments. Demonstrations turned destructive in Tegucigalpa where rioters gathered outside the presidential palace and burned tires on 2 February. Rioters also barricaded roads in the following days in Tegucigalpa. Teachers and health workers denounced the failure of the previous government to fulfill agreements by which temporary public employees were to be granted permanent contracts (La Tribuna, 2 February 2022; Proceso Digital, 1 February 2022). A group of teachers met with representatives of President Xiomara Castro last week, and the new government promised to find solutions to their claims, though no further actions have been announced (Swissinfo, 3 February 2022).

In Cuba, the government’s crackdown on the Ladies in White organization continued last week. For the second consecutive week, police arrested the leader and other members of the Ladies in White on 30 January as they traveled to a planned Sunday protest in La Habana to demand freedom for political prisoners (CiberCuba, 30 January 2022). On the same day, police dressed in plain clothes detained and beat another member of the Ladies in White in Cardenas. On 31 January, mothers of demonstrators arrested during the 11 July 2021 anti-government demonstrations gathered outside a tribunal in La Habana to show support for prisoners currently under trial. Police officers and members of the Rapid Response Brigades – a civilian body sponsored by the government to support actions of social control (HRW, 1999) – dispersed the demonstration, beating and arresting 11 participants. Government repression of the Ladies in White has increased in recent weeks after they announced the reactivation of their traditional Sunday protest on 21 January (Cubanet, 25 January 2022).

María Fernanda Arocha is the Central America Research Manager at ACLED. She holds a Master’s degree in Peace, Conflict, and Development from the University of Bradford and a B.A. in Political Science. Her research interests are related to organized crime dynamics, security policies, and their impacts on development conditions, especially in the Latin American region.
10 February 2022
Share
TweetShare on Twitter Share on FacebookShare on Facebook Share on LinkedInShare on LinkedIn