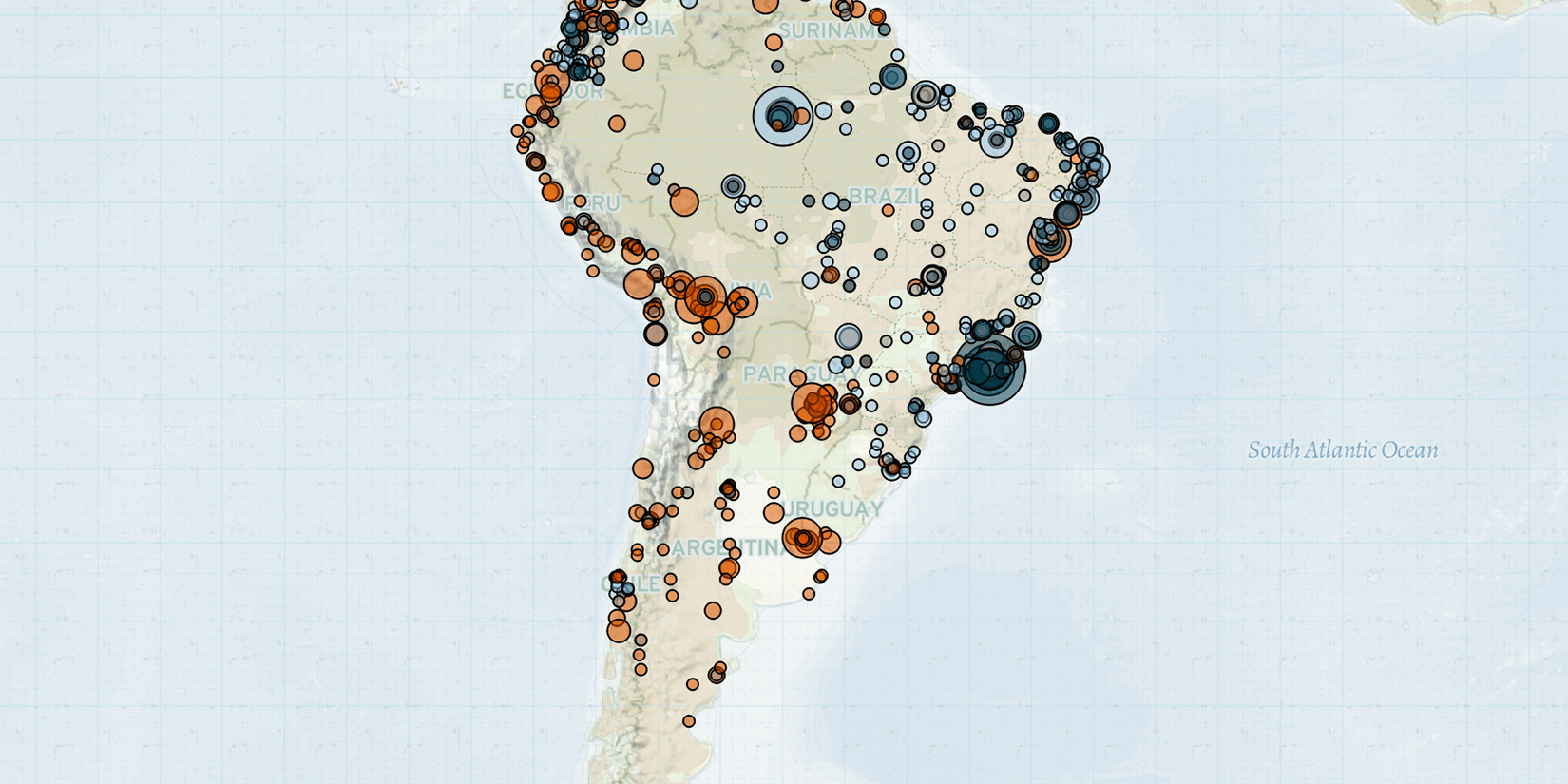 Last week in South America, demonstrations around the judicial system took place in Argentina. In Venezuela, two farmers were killed in a landmine explosion, as clashes between armed groups and state forces have left the Venezuela-Colombia border littered with anti-personnel mines and IEDs. In Brazil, at least six people were killed during a military police operation in Rio de Janeiro state, while violence increased in the northeastern region of the country.

In Argentina, thousands of supporters of Vice President Cristina Kirchner rallied in Buenos Aires on 1 February to demand reform of the judicial system and sweeping changes to the Supreme Court (La Nación, 1 February 2022). The protest was led by the ruling Frente de Todos coalition and drew attention to the alleged bias of the judiciary against Kirchner, who faces several corruption cases dating back to her two terms as president — from 2007 to 2015 (La Nación, 1 February 2022). President Alberto Fernández has been pushing for judicial reform since 2020, which includes establishing new courts to redistribute cases and to reduce the influence of the 12 federal tribunals that investigate politically sensitive cases (Infobae, 29 June 2020). The following day, opposition supporters rallied to repudiate the previous demonstration and advocate for an independent justice system. They claim the Kirchenerists’ requests are an attempt to create a justice system in favor of the ruling coalition, especially with regards to cases involving Fernández and Kirchner (La Nación, 3 February 2022).

In Venezuela, on 31 January, two farmers were killed after stepping on a landmine in Santa Rita rural sector near La Victoria municipality in Apure state. Heavy clashes between Revolutionary Armed Forces of Colombia (FARC) dissidents, the National Liberation Army (ELN), and state forces led to the proliferation of anti-personnel mines and IEDs along the Venezuela-Colombia border, with ACLED’s Conflict Change Map warning last month of increased violence to come in both countries. This event was followed by reports that the Venezuelan army had disarmed a considerable number of mines and IEDs across Apure and Táchira states, and also uncovered plans of a possible guerrilla attack against oil pipelines in the area (Caraota Digital, 1 February 2022). These events, combined with local reports of ELN and FARC dissident occupations across Apure state, have left farmers exposed to the ongoing threat of looting, land invasions, and the planting of explosives on their properties (Cronica Uno, 3 February 2022).

Meanwhile, in Colombia, armed clashes intensified last week, ahead of the presidential election scheduled for 29 May. This increased violence comes amid military claims that the ELN has ordered its structures to carry out attacks against strategic infrastructure, public facilities, and security forces, in an attempt to oust President Iván Duque (El Universal, 30 January 2022). In 2019, the Duque administration froze the ongoing peace talks with the ELN, following a bombing attack in Bogotá, and conditioned the reopening of negotiations on a unilateral ceasefire by the ELN (Pares, 19 January 2019).

Meanwhile, armed groups continue to target civilians and vulnerable groups. Last week, three former FARC combatants were attacked by unknown perpetrators and killed in the departments of Arauca, Magdalena, and Caquetá. On 27 January, the country’s constitutional court denounced persistent failures of the government to provide safety guarantees for ex-FARC members in their return to civilian life (El Espectador, 28 January 2022). At least 284 ex-combatants have been killed since the signing of the peace agreement between the government and the FARC-EP in September 2016 (Indepaz, 29 January 2022).

Elsewhere in Brazil, violence continued to increase in the northeast last week, driven by gang-related activity in Pernambuco, Rio Grande do Norte, and Sergipe. ACLED’s Subnational Surge and Threat Trackers flag significant recent increases in violence in all three of these states, and had warned of increased violence to come in both Pernambuco and Sergipe last month. Violence in Brazil’s northeast has historically been associated with social inequality and land disputes (BBC, 5 June 2019). However, major drug trafficking organizations from Rio de Janeiro and São Paulo have recently increased their activities in the northeastern states, which have now become a backdrop for drug trafficking territorial disputes and violent attacks against ​​civilians (El País, 9 June 2019).