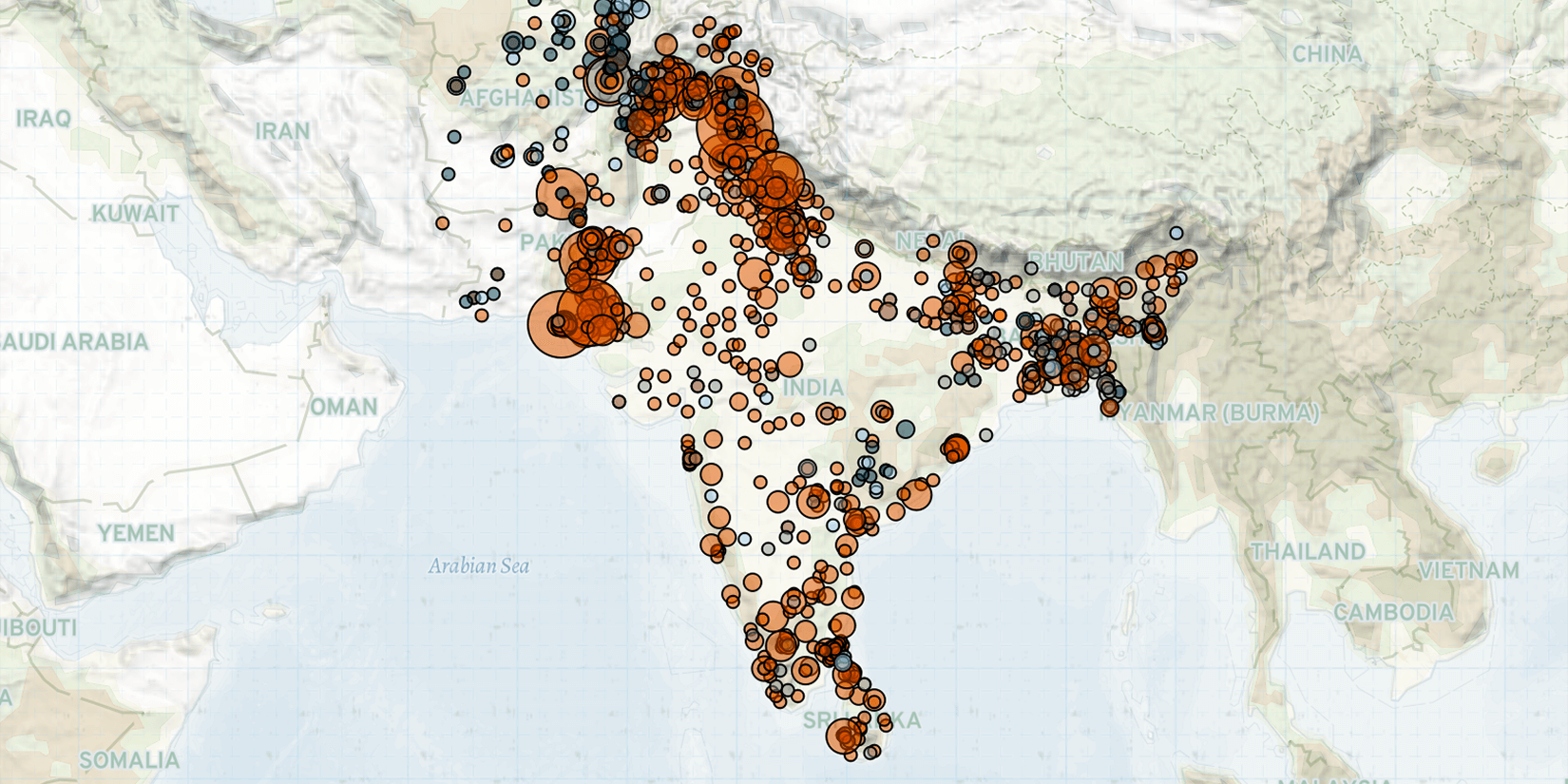 In Afghanistan, the NRF continued to claim attacks against Taliban forces in the eastern provinces of Parwan and Panjshir, as well as in Takhar and Balkh provinces in the north, last week. Violence in Balkh comes after the NRF announced the creation of a new front in the province in December 2021 (Twitter @Resist_Ahmad, 2 December 2021). Amid ongoing NRF activity, the Taliban sent new troops to Panjshir province last week, including its special forces (Shafaqna, 3 February 2022). Over a dozen Taliban-NRF clashes have been reported in Panjshir thus far in 2022. These clashes have driven the 117% increase in violence in Panjshir last month relative to the past year flagged by ACLED’s Subnational Threat Tracker, which first warned of increased violence to come in the province last month.

IS also targeted the Taliban last week, with militants killing one Taliban member in Kunar province. Meanwhile, a roadside explosive targeted the vehicle of the Taliban’s Takhar governor in Takhar province, though no casualties were reported; no group has yet claimed responsibility for this explosion.

Separately, the Taliban arrested several journalists, including a woman, following their coverage of or participation in recent anti-Taliban protests in Kabul. Some of the detainees claim the Taliban beat and mistreated them in custody, with one journalist adding that the Taliban demanded he obtain permission before covering any event going forward (Committee to Protect Journalists, 3 February 2022).

In Pakistan, Baloch separatists continued to target security forces and intensified their use of remote violence in Balochistan province last week. The Baloch Liberation Army (BLA) carried out two separate suicide attacks on military bases in Nushki and Panjgur districts, during which at least 12 soldiers and 15 militants were killed. The BLA claim that they killed more than 50 soldiers across the two attacks (Gandhara, 3 February 2022), while security forces claim that they repulsed the attacks amid ongoing operations (Dawn, 2 February 2022). In Dera Allah Yar, at least 17 people, including two police officers, were injured in a grenade attack by suspected Baloch separatists. In Chaman city, suspected Baloch militants carried out another grenade attack on a security check post, injuring two Balochistan Levies personnel and four civilians. These attacks contributed to the 159% increase in violence in Balochistan, and the 30% increase in violence in Pakistan more largely, last week relative to the past month that are flagged by ACLED’s Subnational Surge Tracker and Conflict Change Map, respectively.

Elsewhere in Pakistan, the TTP targeted civilians and security forces in Khyber Pakhtunkhwa province last week. Suspected TTP militants shot and killed a Christian priest and wounded another in Peshawar city. This attack comes two weeks after a Muslim religious scholar was shot dead in the same city by unidentified assailants. TTP militants also targeted a police check post, killing an officer and injuring two others in Nowshera district. These attacks came as Pakistan Interior Minister Sheikh Rashid Ahmed announced that negotiations with the TTP could not move forward, as the government would not accept the conditions laid out by the militants (The News, 5 February 2022). During the week prior, the Pakistani government had sent a secret delegation to Afghanistan to hold talks with the TTP after the month-long ceasefire between the two sides expired on 9 December 2021 (Gandhara, 24 January 2022).

In India, election violence broke out ahead of legislative assembly elections in Uttar Pradesh and Manipur states, which are scheduled to be held on 10 and 27 February 2022, respectively (Hindustan Times, 8 January 2022). In Uttar Pradesh, unidentified assailants attacked and killed a Bharatiya Janata Party (BJP) member in Mathura district. Meanwhile, a chemical attack against an Indian National Congress (INC) candidate in Lucknow city led to the mob lynching of the suspected perpetrator. Election-related attacks contribute to the 220% increase in violence in Uttar Pradesh last week relative to the past month that is flagged by ACLED’s Subnational Surge Tracker.

In Manipur, BJP members vandalized BJP party offices in several districts and rioted over dissatisfaction with candidate nominations. The attacks came after sitting parliamentarians were cut from BJP tickets (The India Print, 31 January 2022). Rising pre-poll violence has led to a significant increase in violence in Manipur over the past month; ACLED’s Subnational Surge Tracker warned of increased violence to come in Manipur last month.