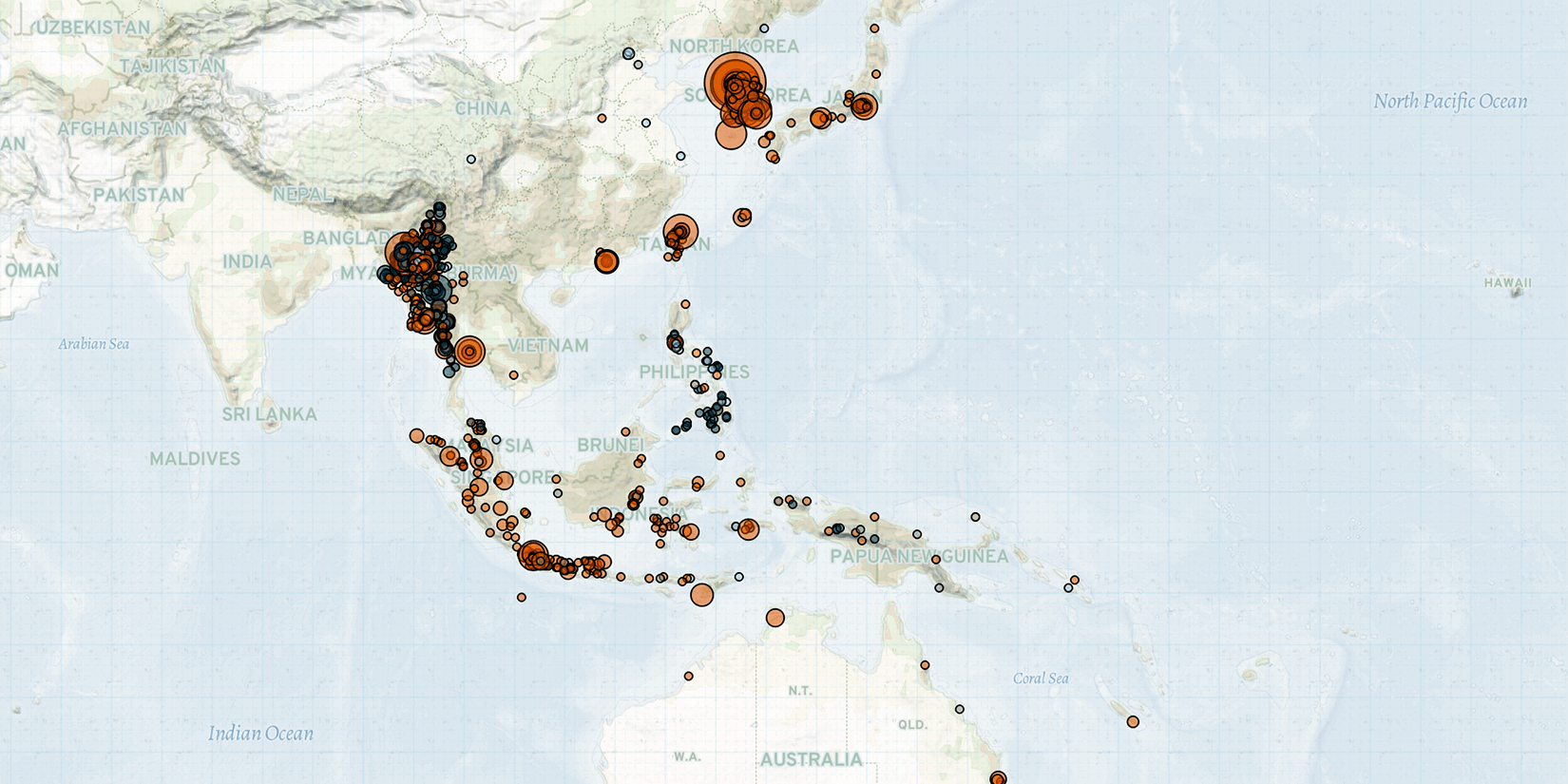 In northern Rakhine state in Myanmar, there was an increase in clashes between the military and the ULA/AA in Maungdaw township last week, after fresh rounds of fighting first broke out on 4 February. Since November 2020, the military and the ULA/AA have observed an informal ceasefire agreement, which had continued to be upheld after the coup. While skirmishes between the two sides were reported in November 2021, the ULA/AA stated that the resurgence of conflict may persist if the military continues its operations in northern Rakhine (Frontier Myanmar, 2 December 2020; Development Media Group, 8 February 2022). These trends contribute to the 167% increase in violence in Rakhine over the past week relative to the past month, as flagged by ACLED’s Subnational Surge Tracker.

Elsewhere, in Sagaing region, military forces launched a deadly operation, including aerial bombardment, targeting Taung Pyin Nge village, occupying the village from 6 to 7 February. Dozens of civilians were detained during the occupation, while over 15,000 villagers were forced to flee due to the attacks (Myanmar Now, 10 February 2022). After the occupation ended, two elderly civilians were found dead in the village. The military claims that resistance fighters, who had attacked a police station in neighboring townships, were stationed at the village, although the claim was refuted by resistance groups (Myanmar Now, 10 February 2022). ACLED’s Subnational Threat Tracker first warned of increased violence to come in Sagaing region in the past month; there has been a 119% increase in violence in the region over the past month relative to the past year.

Last week in the Philippines, there were multiple engagements between the NPA and the military across the Eastern Visayas, as well as in several regions in Mindanao. Notably, a clash between rebels and the military in Northern Samar, Eastern Visayas, led to four fatalities, including two children caught in the crossfire. On 9 February, following several days of fighting on Samar Island, the military claimed to have seized the largest cache of NPA firearms during the administration of Rodrigo Duterte (Philippine Daily Inquirer, 10 February 2022). The military claims that the seizure includes 24 M16 rifles and seven China-made AK-47 variant rifles. ​​ACLED’s Conflict Change Map first warned of increased violence to come in the Philippines earlier this past month.

In Thailand, suspected Malay Muslim separatists detonated a bomb in Bannang Sata, Yala province on 10 February, injuring four people, including police officers and security guards. This is the sixth bomb explosion in 2022 that has been attributed to Malay Muslim separatists in Thailand, three of which have occurred in Yala province. According to police, explosive fragments at the scene matched previous explosions that occurred in Yala province on 28 and 30 January (isranews, 11 February 2022).

Also, in Indonesia, a wave of demonstrations was triggered last week by the arrest of villagers opposed to plans to build a dam in Purworejo regency, Central Java province. The villagers were arrested during a visit of National Land Agency employees to the disputed land in Wadas village where the government plans to build the dam (Kompas, 9 February 2022). The villagers also opposed andesite mining in their village, citing environmental concerns (Kompas, 9 February 2022). The incident triggered nationwide demonstrations organized by activists and students. Demonstrators criticized the police intervention and opposed the extension of a mining activity permit in Wadas village due to environmental concerns.

Elsewhere in the region, demonstrations in response to COVID-19 restrictions took place in Hong Kong, Australia, and New Zealand. In Hong Kong, civic groups, labor groups, and legislators led demonstrations last week, following the tightening of government-imposed restrictions in response to a fifth wave of COVID-19 infections (Bloomberg, 11 February 2022). Demonstrators demand immediate financial aid, an unemployment assistance fund, and grants to support labor groups and members of the general public whose incomes have been impacted by continued government restrictions.

Similarly, in New Zealand, ‘Convoy 2022 NZ’ was held last week in solidarity with the ‘Freedom Convoy’ in Canada, demonstrating against COVID-19 vaccine and mask mandates. Hundreds of people from different parts of the country traveled to the nation’s capital, Wellington, gathering outside of parliament from 6 February (Stuff, 6 February 2022). While protesters were staging a camp-out outside of parliament grounds last week, police officers were filmed forcibly dragging a naked woman demonstrator by her hair on 10 February (Daily Mail, 9 February 2022). In a separate incident, some demonstrators hurled abuse and threw eggs at a 17-year-old girl for wearing a mask on 9 February (New Zealand Herald, 9 February 2022).