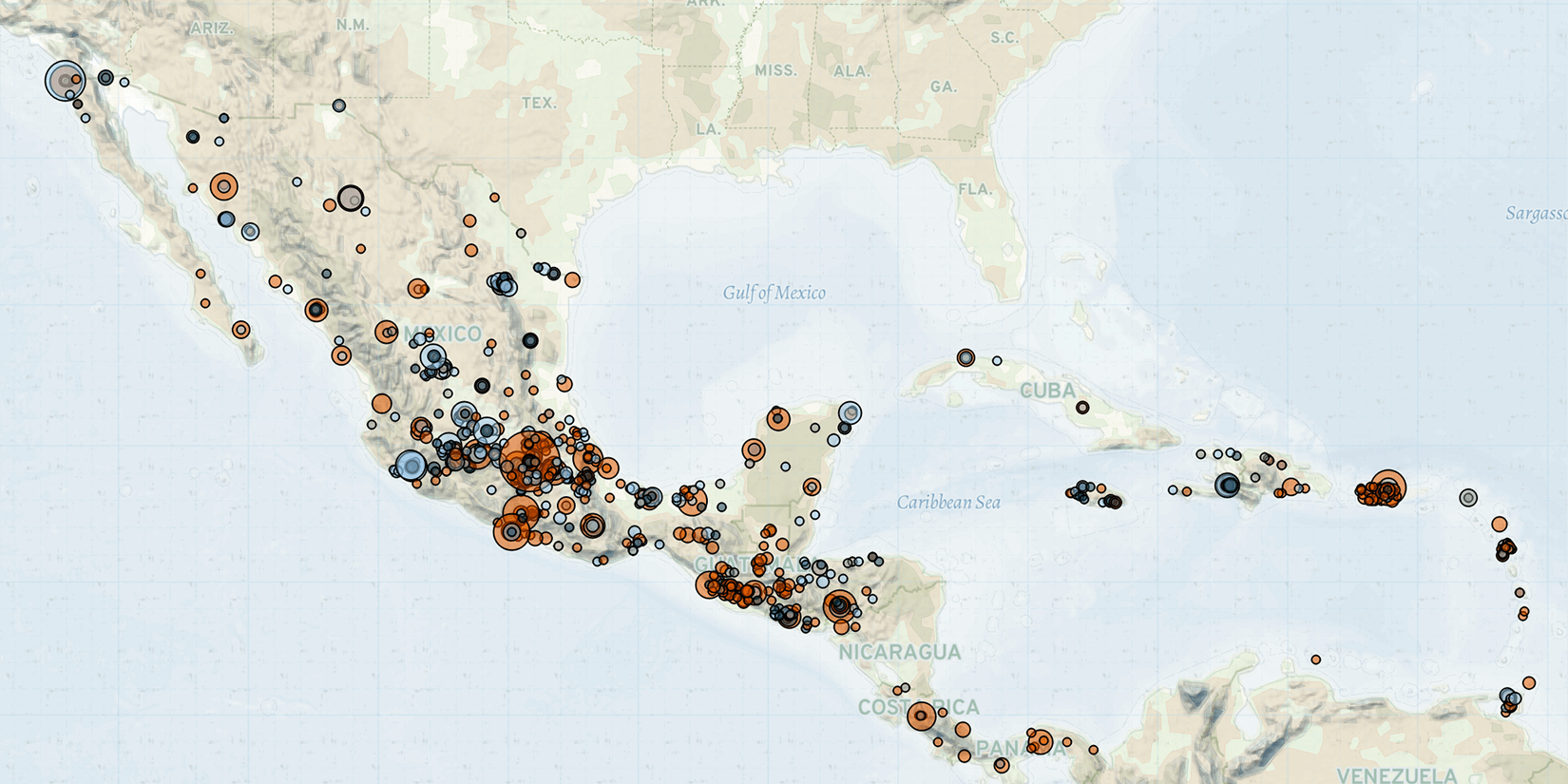 Last week in Mexico, Central America, and the Caribbean, gang violence remained high, with outbreaks of deadly violence in Mexico, Honduras, and Puerto Rico. In Puerto Rico, violence spiked last week amid attacks by armed suspects against civilians and clashes between rival gangs. In Mexico, criminal groups continued to fight for control of drug trafficking routes in Colima state, while an attack against a journalist in Oaxaca state triggered nationwide demonstrations over the recent rise in attacks on the press. In Honduras, the arrest of former President Juan Orlando Hernández sparked a clash between his supporters and members of the ruling Liberty and Refoundation Party (LIBRE). Meanwhile, in Colon department, clashes between gangs resulted in five deaths. In Haiti, workers of the National Society of Industrial Parks (SONAPI) barricaded roads for several days, demanding salary increases.

In Puerto Rico, unidentified groups staged multiple drive-by shootings and attacks in which they burned their victims last week, leaving at least five people dead. Alongside gang clashes, this violence contributed to a 78% increase in violence in Puerto Rico last week relative to the past month flagged by ACLED’s Conflict Change Map, which first warned of increased violence to come on the island earlier this month. Though most of the attacks occurred in the capital, San Juan, violent incidents were also recorded in seven other municipalities, including in Manati, Toa Alta, and Vega Baja. While violence in these three municipalities has not been common, it has become increasingly volatile, resulting in their ‘low risk’ ranking shifting to ‘growing risk’ in ACLED’s Volatility and Risk Predictability Index. According to local sources, the majority of attacks are related to retaliations between local criminal groups over the control of drug markets (Ey Boricua, 4 February 2022). Reports by experts suggest that there has been an increase in drug trafficking in the Caribbean in recent years, and Puerto Rico is one of the strategic points to transport drugs into the mainland United States (InSight Crime, 18 February 2022).

In Mexico, violence remained high in Colima state last week, as gang attacks resulted in multiple fatalities. The majority of events were recorded in the city of Colima, where five people were killed in two drive-by shooting attacks. These attacks contribute to the 163% increase in violence in Colima last month relative to the past year flagged by ACLED’s Subnational Threat Tracker, which first warned of increased violence to come in the state in the past month. The recent spike in violence is linked to an ongoing dispute between the Jalisco New Generation Cartel (CJNG) and their former allies Los Mezcales Gang for control of drugs and supplies imported through Manzanillo Port (Borderland Beat, 10 February 2022; InSight Crime, 8 October 2022).

Elsewhere, in Oaxaca state, unidentified gunmen carried out separate attacks against a politician and a journalist last week. On 12 February, armed men shot at the vehicle of the mayor of San Pedro Tapanatepec, killing the mayor’s bodyguard and a photographer working for the mayor. The mayor was also injured in the attack. Three days after this attack, two suspects broke into a house in Santa Maria Tonameca and attacked a journalist and two of his relatives. While the journalist was unharmed in the attack, one of his relatives was injured. The motivations for both attacks remain unknown. Different sources have, however, suggest the link between such attacks and conflicts between political elites as well as reports of mismanagement in local administrations (Proceso, 13 February 2022; Infobae, 13 February 2022). Thus far in 2022, ACLED records at least one attack against journalists per week in Mexico, the majority of which have been recorded in Oaxaca state. Last week’s attacks contribute to the 100% increase in violence in Oaxaca over the past week relative to the past month, as flagged by ACLED’s Subnational Surge Tracker.

In response to the recent spike of attacks targeting journalists, journalists staged protests last week demanding greater security and investigations into such attacks (Euronews, 15 February 2022). Such protests were recorded in 13 states of Mexico. Local organizations have denounced a perceived lack of willingness from authorities to investigate these attacks, leaving most of these attacks unpunished (El Pais, 15 February 2022).

In Honduras, police arrested former President Hernández on 14 February, prompting clashes between supporters of his party, the National Party of Honduras (PNH), and the ruling LIBRE party. PNH and LIBRE supporters clashed on 16 February outside the premises of the Supreme Court where Hernández attended his first hearing, prompting police intervention to disperse the rival groups. Demonstrating PNH supporters claim that the former president is innocent, while LIBRE partisans demand that the court authorize his extradition (El Heraldo, 16 February 2022). Police forces arrested Hernández following a request of extradition by the US for his alleged involvement in the trafficking of more than 500,000 kilograms of cocaine into the US between 2004 and 2022 (Expediente Público, 16 February 2022).

Elsewhere, in Trujillo, Colon department, clashes between members of Los Canechos gang and Los Tatuados gang left five people dead on 13 February. These criminal groups are engaged in an ongoing conflict for control of lands that are property of a palm company and had been occupied by local farmers (Proceso Digital, 16 February 2022). According to police, these two groups back the farmers, exerting control in this area to support the activities of drug trafficking groups (Tiempo, 17 February 2022). Both of these groups have newly emerged in the country over the past month, as indicated by ACLED’s Emerging Actor Tracker; the emergence of new actors indicates a change in the conflict environment, and can present an increased risk to civilians. Following the clash, employees of the palm company protested, calling on the government to issue eviction orders to recover around 1,500 jobs that were lost when the occupation began in November 2021 (El Heraldo, 18 February 2022).

In Haiti, SONAPI-affiliated factory workers staged demonstrations between 16 to 18 February in Port-au-Prince, demanding increases to the minimum wage. Demonstrators barricaded roads and marched to the residence of Prime Minister Ariel Henry, prompting police officers to deploy tear gas and shoot into the air to disperse the demonstrations. Demonstrating workers demand the government triple the current daily minimum wage of 500 gourdes (four US dollars) and denounce the increasing prices of goods and services (Alterpress, 16 February 2022). Members of the political opposition announced their support for the demonstrations, demanding government action and investigations into alleged police abuses during their interventions (Rezonodwes, 17 February 2022; Vant Bef Info, 17 February 2022).