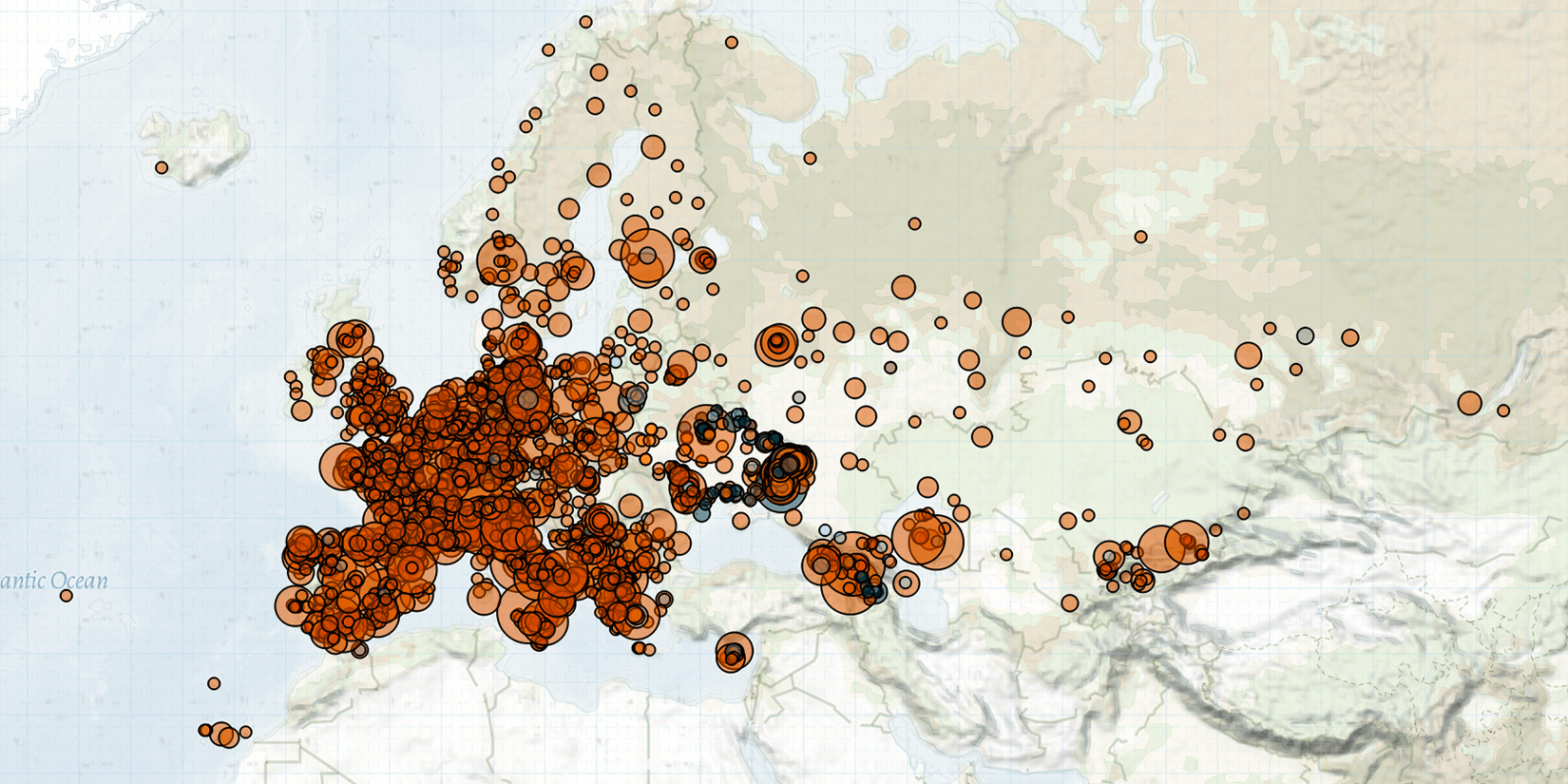 Last week in Europe, Central Asia, and the Caucasus, Russia launched a full-scale invasion of Ukraine. The invasion prompted demonstrations in solidarity with Ukraine across the region, including in Russia, where they were met with a heavy police response. Clashes continued on the Armenia-Artsakh-Azerbaijan Line of Contact. Farmer demonstrations also continued in several countries.

Months of Russian military buildup near the border with Ukraine, and the recent escalation of the war in the Donbas region, culminated in a full-scale invasion on 24 February. Hours before the attack, Russian President Vladimir Putin announced a “special military operation” in Ukraine, accusing NATO of closing in on Russia’s borders and Ukraine of “militarization and nazification” (Al Jazeera, 24 February 2022). Russian troops breached the Ukrainian border from the north, east, and south, and launched missiles targeting major Ukrainian cities, such as Kyiv, Kharkiv, Kramatorsk, Odesa, as well as airports in Lutsk, and Ivano-Frankivsk. Despite Russian claims that armed attacks have only been directed against military facilities, Russian forces also targeted civilian infrastructure, bombing hospitals, residential areas, and kindergartens in several cities (Washington Post, 25 February 2022). Last week, there were 134 battles and 540 shelling/missile incidents reported across the country. In response to the invasion, Ukrainian President Volodymyr Zelenskyy declared martial law (Independent, 24 February 2022).

Belarus became an arena from which Russian troops could attack Ukraine from the north and attempt to surround the capital city, Kyiv. Russian military forces used Belarusian bases and Belarusian airspace around Minsk and in the Gomel region to launch and direct missiles at Ukrainian cities (RFE/RL, 26 February 2022).

Other neighboring countries, namely Poland, Slovakia, Hungary, Romania, and Moldova, experienced a large influx of refugees from Ukraine, as more than half a million people fled the war across land borders (Euronews, 27 February 2022). In response to the crisis, the Moldovan government introduced a state of emergency alongside a range of restrictions, including the closure of its airspace, increased police presence across the country, and banning public protests (Ziarul de Gardă, 24 February 2022). The European Commission has asked the 27 EU national governments to trigger a blanket protection for Ukrainian refugees (New York Times, 2 March 2022). This will grant those fleeing Ukraine, both nationals and long-term residents, the right to live, study, and work in the EU for up to three years. Non-Ukrainians living in the country have reported racist treatment at the border when trying to cross, however. A number of Black, South Asian, and Mediterranean refugees have shared accounts of being denied transport or being blocked from crossing into the European Union, while white Ukrainians were let through – which has been corroborated by the United Nations’ High Commissioner for Refugees (Independent, 1 March 2022). The EU also imposed a set of sanctions on Russia last week, including sanctions targeting the Russian energy sector, as well as the exclusion of some Russian banks from the SWIFT messaging system for international payments. The EU also blocked Russian state-owned television network Russia Today and news agency Sputnik (Reuters, 27 February 2022).

Along the Armenia-Artsakh-Azerbaijan Line of Contact, clashes continued throughout last week, including three clashes in Martuni within the de facto Republic of Artsakh. These trends contribute to the 100% increase in violence in Martuni last week relative to the past month flagged by ACLED’s Subnational Surge Tracker, which first warned of increased violence to come in Martuni last month. Ongoing ceasefire violations came as Azerbaijan and Russia signed a declaration on allied cooperation between the two countries on 22 February. The declaration foresees, inter alia, a deepened interaction between the Azerbaijani and Russian armed forces, provision of military equipment, and joint efforts in countering international security threats (Azertag, 22 February 2022). The declaration came just hours after Russia’s recognition of independence of two rebel-held republics in eastern Ukraine and only two days before the invasion of Ukraine. The timing raises suspicions that Russian President Putin sought to ensure Azerbaijan’s loyalty before embarking on a war with Ukraine (Eurasianet, 24 February 2022).

On the Belarusian-Polish border, the migrant crisis continued last week, contributing to the 102% increase in violence in the Podlaskie border region over the past month relative to the past year, as flagged by ACLED’s Subnational Threat Tracker. The tool first warned of increased violence to come in Podlaskie last month. Polish border guards continue to report attempts by migrants to cross the border from Belarus, prompting clashes between migrants and Polish police and military forces. These migrants are predominantly refugees from Iraq, Syria, and Afghanistan (The Guardian, 8 February 2022). Both Polish and Belarusian forces have been accused of human rights abuses against migrants stranded at the border (The Guardian, 8 February 2022). The treatment of these refugees comes in stark contrast to the treatment of Ukrainian refugees (PBS, 28 February 2022). At least 280,000 Ukrainian refugees have already been welcomed into Poland less than a week since the start of the Russian invasion, many of which have been accepted into Poland without passports (Vox, 2 March 2022).

Meanwhile, farmer demonstrations continued in several countries last week, amid sustained increases in agricultural production costs. In France, farmers staged protests in front of several supermarkets at the call of Young Farmers (JA) and the National Federation of Farmers Union (FNSEA), demanding the revalorization of prices to account for increasing production costs. In doing so, demonstrating farmers referenced their right to just remuneration, as outlined in the EGalim 2 bill (Ministry of Agriculture and Food, March 2022). In Italy, haulers and farmers carried out road blockades, slow-paced rides, and gatherings — mostly in the Southern regions — to protest against the increase in oil and gas prices. In Spain, farmers drove tractors in caravan demonstrations and used them as roadblocks in demonstrations against high production costs. In Extremadura, an autonomous community in Spain, a demonstration in Don Benito on 22 February turned violent as demonstrators clashed with police during an official visit by Prime Minister Pedro Sanchez to the town. Global stress on the food supply chain; environmental impacts on big agricultural producers, such as Brazil and the United States; as well as unprecedented demand from China; have all contributed to the inflation costs that farmers in Europe are currently facing (Irish Examiner, 23 February 2022).