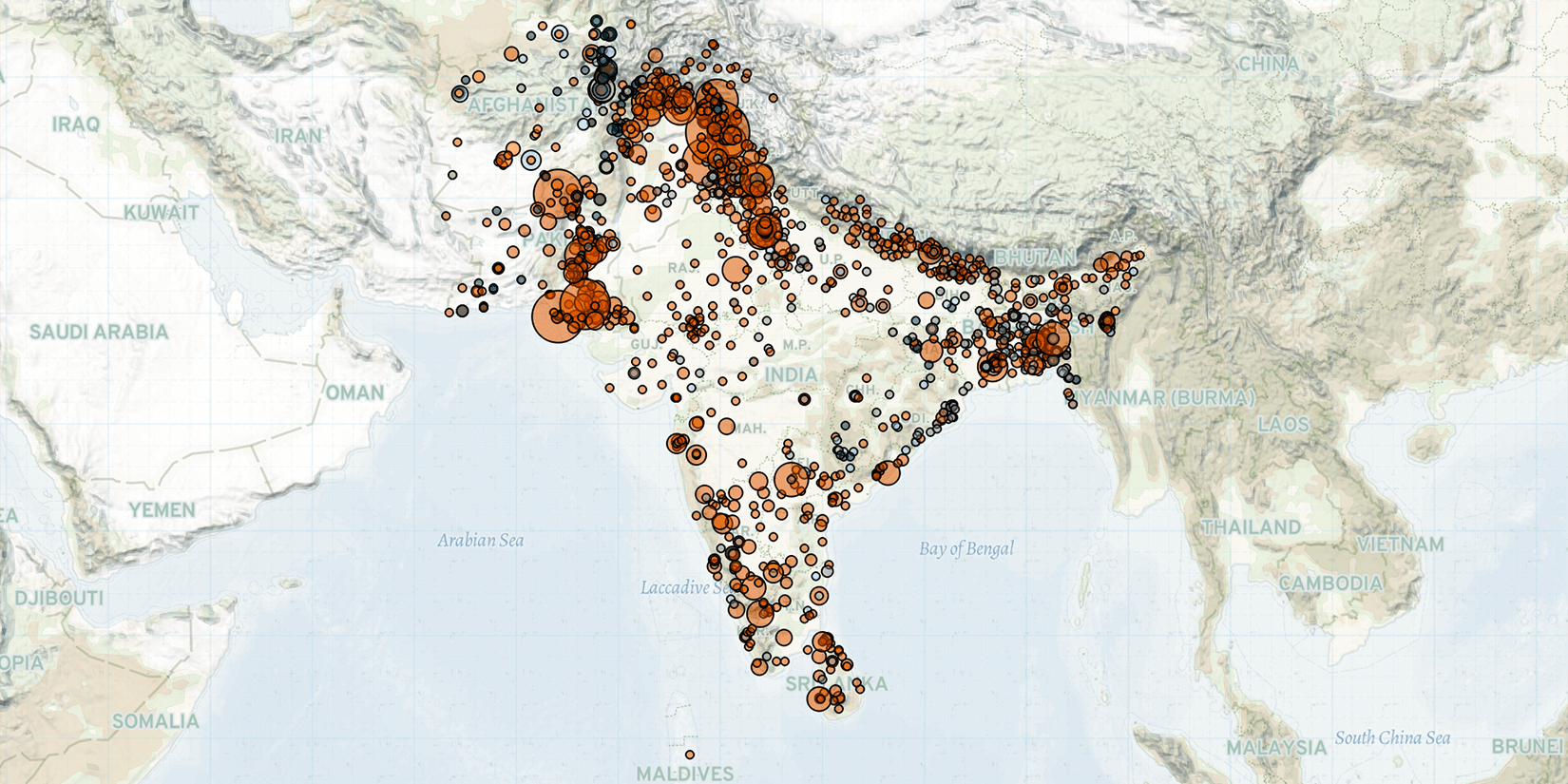 Last week in South Asia and Afghanistan, the Taliban carried out airstrikes for the first time to attack the National Resistance Front (NRF) in Afghanistan. Along the Durand Line, Taliban forces also clashed with Pakistani forces, while civilians remained the target of attacks by Taliban forces and unidentified groups. In Pakistan, security forces intensified operations against Baloch separatists amid increased separatist attacks on military targets in Balochistan province, while Tehreek-i-Taliban Pakistan (TTP) engaged in armed clashes with security forces and used remote violence against both security forces and civilians in Khyber Pakhtunkhwa. In India, Naxal-Maoists targeted security forces and disrupted development projects in the Red Corridor. Meanwhile, poll-related violence increased during local government elections in Odisha state and legislative assembly elections in Punjab and Manipur states. Elsewhere, communal clashes broke out in Karnataka state following the alleged murder of a Bajrang Dal member.

In Afghanistan, the NRF and the Taliban clashed in Baghlan, Kapisa, Kabul, and Panjshir provinces last week, with each side claiming to inflict at least a dozen casualties on the other. Fighting was most deadly in Shutul district of Panjshir province, where at least eight Taliban members and eight NRF militants were killed. Taliban forces also targeted the NRF with airstrikes in Shutul and Unaba districts of Panjshir province last week. These are the first recorded Taliban airstrikes since the group came to power in August 2021, although the NRF has previously claimed that Pakistani drones have helped the Taliban to attack the NRF (TOLO News, 9 September 2021). The airstrikes follow an announcement by the Taliban that they are forming a “grand army,” stating that they had repaired half of the aircrafts that were disabled by US forces before they withdrew from Afghanistan (France24, 21 February 2022). Taliban operations against the NRF contribute to the 220% increase in violence in Panjshir last week relative to the past month flagged by ACLED’s Subnational Surge Tracker. The Subnational Tracker first warned of increased violence to come in Panjshir last month.

Separately, Taliban and Pakistani military forces clashed last week along the Durand Line (the border between Afghanistan and Pakistan), in Spin Boldak district of Kandahar province. At least 10 civilians were killed or wounded during the fighting. The clashes led to the temporary closure of a key border crossing, which later reopened following the talks between Pakistan and Taliban officials (France 24, 27 February 2022). Shelling by the Pakistani military was also reported in Jaji Maidan district of Khost province, with no information on casualties.

Meanwhile, violence targeting civilians continued in Afghanistan last week, as the Taliban continued to target former security workers and their families. In Herat, Taliban forces reportedly hanged a former police officer and drove their body around the city. Taliban members also killed a woman in Kandahar city when they opened fire on a car that reportedly did not obey the stop sign at a checkpoint. The event triggered a protest, as locals carried the woman’s body to the governor’s office. This violence contributed to the 140% increase in violence in Herat last week relative to the past month flagged by ACLED’s Subnational Surge Tracker, which first warned of increased violence to come in Herat last month; violence in Herat is both common and highly volatile; it is considered an area of ‘extreme risk’ by ACLED’s Volatility and Predictability Index. Elsewhere in the country, eight polio vaccinators were killed during targeted attacks in Kunduz city and Imam Sahib district in Kunduz province, and in Taluqan city in Takhar province, all on the same day. While the perpetrators remain unidentified, Taliban forces claim to have arrested two people in connection to the attacks. While ACLED has recorded multiple targeted attacks on vaccinators by unknown groups in the country, these are the first reported attacks since the Taliban ascended to power. Additionally, Taliban forces arrested over a hundred people with alleged links to the NRF in Baghlan and Kunduz provinces. In Baghlan, seven arrested locals were reported to be tortured; ACLED’s Subnational Surge Tracker first warned of increased violence to come in Baghlan last month.

In Pakistan, security forces intensified operations against Baloch separatists last week, in response to increased separatist activity in Balochistan, killing dozens across operations in Kech and Sibi districts. Multiple military fatalities were also reported across separate attacks involving the Baloch Raaji Ajoi e Sangarand (BRAS), the Baloch Liberation Army (BLA), and the Baloch Liberation Front (BLF) in Gwadar district, as well as BLF attacks in Panjgur and Kech districts. While violence in Balochistan has been common, it has become increasingly volatile, resulting in a shift from a place of ‘consistent risk’ to being considered an area of ‘extreme risk’ by ACLED’s Volatility and Risk Predictability Index. ACLED’s Subnational Surge Tracker first warned of increased violence to come in Balochistan last month.

Meanwhile, Pakistani military forces also conducted operations against TTP militants in Khyber Pakhtunkhwa and Balochistan provinces last week, resulting in both militant and soldier fatalities. Meanwhile, suspected TTP militants launched multiple IED attacks against both police and civilian targets across Dera Ismail Khan, Tank, and Bannu districts, resulting in injuries to civilians. This violence contributed to the 35% increase in violence in Pakistan last week relative to the past month flagged by ACLED’s Conflict Change Map, which first warned of increased violence to come in the country last month.

In India, Naxal-Maoists targeted security forces and disrupted development projects in the Red Corridor last week, abducting and killing an off-duty police personnel, clashing with police, and setting fire to a freight train. The rebels also set ablaze six vehicles at a construction site in a bid to halt the ongoing work on a bridge in Bhadradri Kothagudem district in Telangana state. Naxal-Maoists oppose mining and other development projects, often challenging their legal status and decrying the exploitation of natural resources by the Indian government (The Hindu, 2 August 2021). ACLED’s Subnational Surge Tracker first warned of increased violence to come in both Chhattisgarh and Telangana states last month.

Lastly in India, communal clashes broke out in Karnataka state following the alleged murder of a member of the Hindu nationalist group Bajrang Dal in Shivamogga district last week. At least 20 people were injured and over 100 vehicles were set afire during the violence. These trends contribute to the 186% increase in violence in Karnataka last week relative to the past month flagged by ACLED’s Subnational Surge Tracker, which first warned of increased violence to come in the state last month.