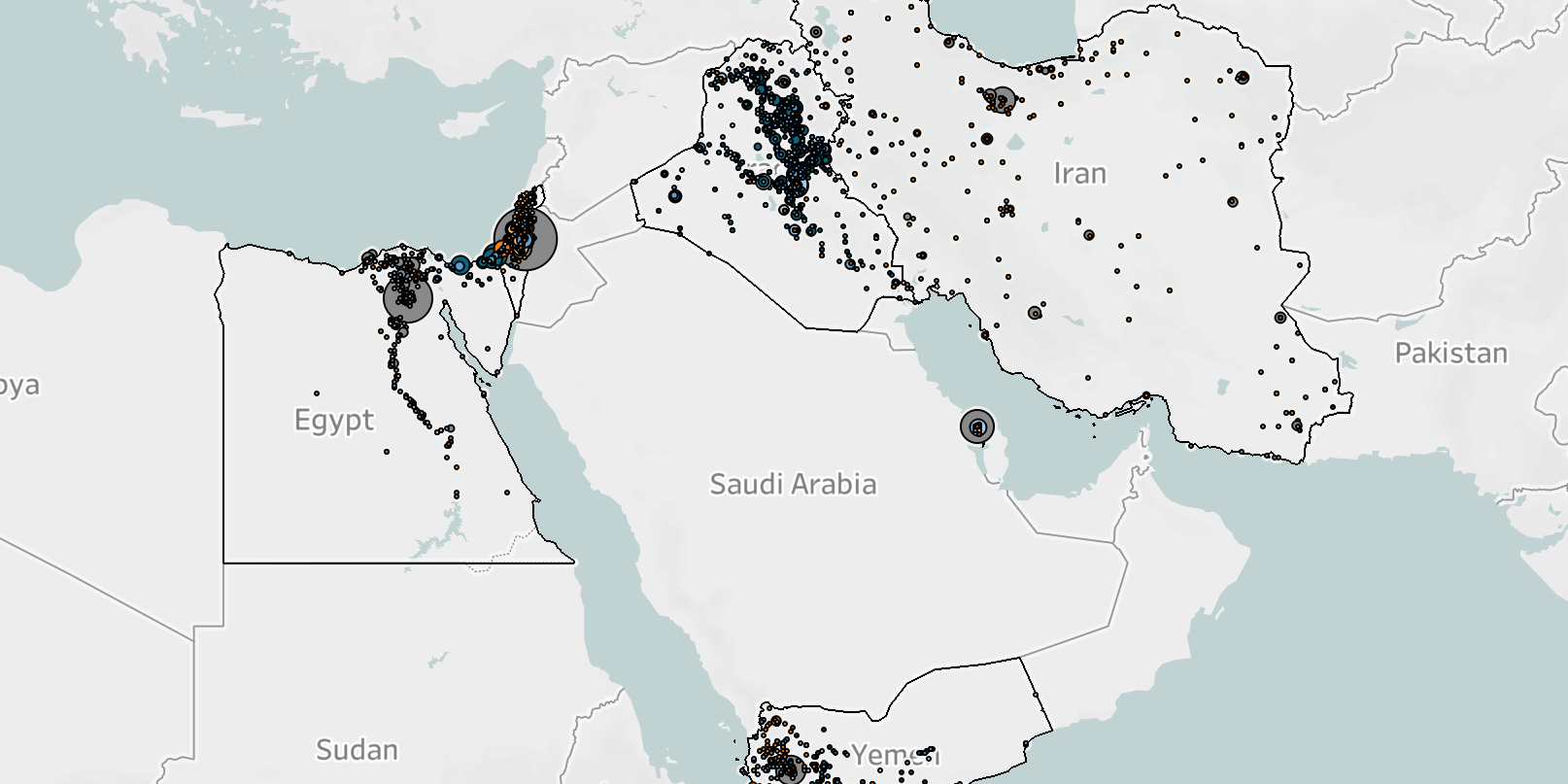 Last week in the Middle East and North Africa, state authorities repressed freedom of expression, and prosecuted individuals for morality-related crimes. In Egypt, a prominent journalist’s comments questioning an important Muslim belief led to backlash from religious bodies and parliament. In Iran, students protested against a perceived insult to Islamic values at a film festival. In Yemen, pro-Hadi authorities arrested two men for posting a video on TikTok, which they considered inappropriate. Meanwhile, pro-Houthi authorities in Sanaa issued a directive punishing a school principal for holding a women’s event. In Iraq, a committee formed by Muqtada Al Sadr to return illegally seized properties to members of minority communities retrieved 120 properties and returned them to Christian citizens and other minorities.

Last week in Egypt and Iran, events involving the repression of freedom of expression were reported. In Egypt, the public prosecutor ordered an investigation into prominent journalist Ibrahim Eissa, after he questioned Islamic belief in the Isra’a and Mi’raj (Night Journey) of the Prophet Muhammad during his television show. In response to Eissa’s comments, Egypt’s highest theological authority, Dar Al Ifta, issued a seven-point response stating the Isra’a and Mi’raj journey “definitely happened, and cannot be denied in any way” (The New Arab, 20 February 2022). Similarly, Al Azhar responded with a statement saying that “the miracle of the Night Journey and the Mi’raj are confirmed by the text of the Holy Quran and by the hadiths of the pure Prophetic Sunnah, leaving no room for staunch skepticism” (Egypt Independent, 19 February 2022). Al Azhar further highlighted that both the Quran and Sunnah (tradition) are not matters for debate, especially by non-specialists who are not qualified to make jurisprudential decisions. Two days after the comments by Eissa, the Egyptian parliament proposed a draft law to ban “non-specialists” from discussing religion in mass media; the draft law has been approved by the religious affairs committee, and will go to a final vote before it can be ratified (The New Arab, 21 February 2022). An artist, who works for an art house affiliated with the Ministry of Culture was also fired from his job last week after he was accused of “contempt of religions” (Youm7, 22 February 2022). These accusations were leveled at him for mocking the Isra’a journey and insulting the Prophet Muhammad’s wives and Jesus in a play which he wrote, and published on his Facebook account). Meanwhile, in Iran, students protested the Fajr Film Festival in Tehran for “insulting Islamic values,” for allegedly promoting “extramarital marriage and illegitimacy” (Khabar Farsi, 20 February 2022). Almost all countries in the Middle East and North Africa have laws criminalizing blasphemy, with some outlawing apostasy (Pew Research, 25 January 2022).

In Yemen and Egypt, individuals were prosecuted for morality-related crimes committed on social media last week. In Yemen, local pro-Hadi security forces arrested two young men in Al Mukalla city for publishing an “immoral” video on TikTok (Al-Masdar, 20 February 2022). The video is believed to have contained a scene showing the two individuals (young men) kissing. This event represents the first reported arrest of individuals for morality-related crimes committed on social media in Yemen since ACLED-Religion coverage began in 2020. In Egypt, a juvenile court sentenced a woman TikTok influencer to one year in prison for accusations of “practicing debauchery, spreading videos that assault public decency, and incitement of vice on TikTok, Instagram, and YouTube” (Shorouk News, 24 February 2022). Social media has proven to be an often perilous space in Egypt, where state authorities have used courts, under the anti-cybercrime law (no. 165/2018), to target social media influencers and to promote new “repressive tactics to control cyber-space by policing women’s bodies” (Amnesty International, 13 August 2020; Library of Congress, 5 October 2018). Since 2020, the Egyptian regime has carried out a series of crackdowns on social media users, with the arrest and conviction of at least nine women social media influencers.

Also, in Yemen, the principal and administrators of Manarat Sanaa school were subject to an intimidation campaign by Houthi authorities last week after organizing a women’s event. The Houthi authorities issued a directive in response to the event, removing the principal from her position, turning the school into a boys-only school, transferring all the girl students to neighboring schools, and making Arabic the only language for instruction. According to the directive, the event violated the “faith identity and the values and principles of the educational mission” (Al-Masdar, 23 February 2022).