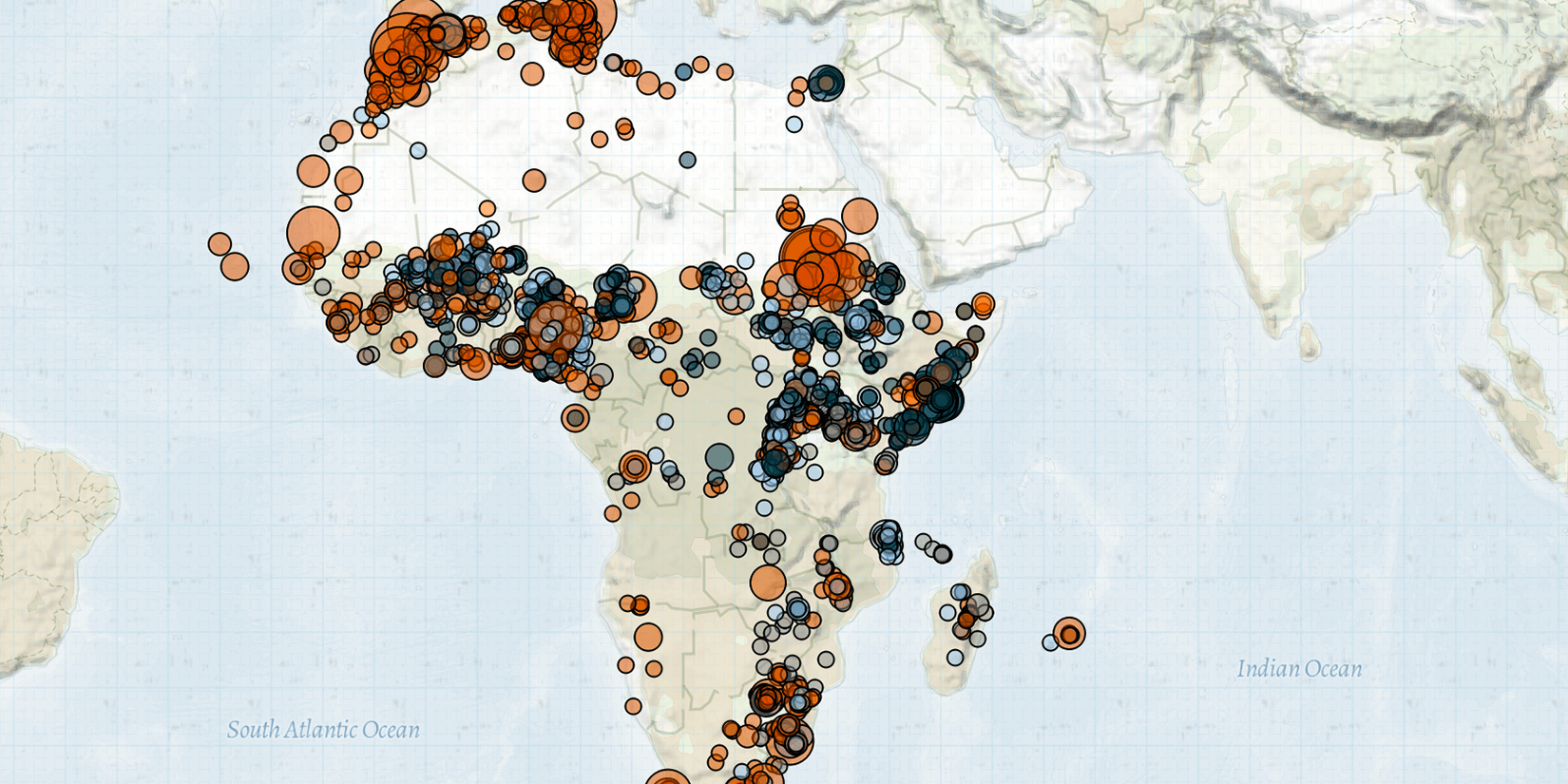 In Burkina Faso, high levels of violence continued, with the most numerous events taking place in the East region after JNIM militants burned infrastructure and places of worship. Violence in the East region is both common and highly volatile; it is considered an area of ‘extreme risk’ by ACLED’s Volatility and Predictability Index. In the Sahel region, presumed ISWAP Greater Sahara faction militants attacked an artisanal mining site, resulting in over a dozen fatalities. Clashes in several areas between the Volunteers for the Defense of the Homeland (VDP) and Al Qaeda-affiliated militants from Jama’at Nusrat al-Islam wal-Muslimin resulted in many casualties. In response to activities by Islamist militants, the Burkinabe air force carried out airstrikes in the Boucle du Mouhoun, East and Sahel regions.

In Mali, ISWAP Greater Sahara faction launched an offensive in the Menaka region, killing numerous militiamen from the Movement for Azawad Salvation (MSA) and civilians from the Dawsahak and Tuareg communities. ISWAP Greater Sahara took control of Tamalat and In Chinnana, following a series of tit-for-tat attacks between the MSA and ISWAP. In regions of central Mali, high levels of violence persisted due to military operations and attacks by JNIM militants. The Malian Armed Forces (FAMa) conducted joint air and ground operations in Kargue, resulting in numerous fatalities among JNIM ranks. Near Mauritania, FAMa and Russian mercenaries attacked Mauritanian civilians in the Ouagadou Forest. On the other side of Mali in Niger, violence was confined to the southeastern areas of the Diffa region, where Boko Haram militants carried out a series of attacks on several villages, killing at least twenty people and abducting several women.

A second consecutive week of increased violence in Egypt followed clashes and IED attacks by the Islamic State against the Union of Sinai Tribes and the Egyptian military in North Sinai. This violence contributed to the 53% increase in violence in Egypt last month relative to the past year flagged by ACLED’s Conflict Change Map.

Suspected Misseriya and Twic Dinka militias attacked civilians and clashed in several locations at the border of Sudan and South Sudan in the disputed Abyei area, resulting in the killing of over 30 people, including many Ngok Dinka. These events follow earlier violence between the Ngok and Twic Dinka clans in February and intermittent attacks by Misseriya against the Ngok Dinka observed in recent decades in Sudan. Elsewhere, over ten people were killed in South Sudan during clashes between local keepers and suspected Murle raiders in Duk county of Jonglei state.  In Sudan, heavy fighting was reported between a suspected Rizeigat militia and a Misseriya Jebel militia in Jebel Moon locality of West Darfur state, leaving scores of fatalities.

In Kenya, military forces ambushed suspected Al Shabaab militants in Lamu county, leading to an attack by the militants against a Chinese construction company in Bodhei. Al Shabaab carried out a similar attack in Lamu in late January 2022. In Baringo county, a suspected Pokot militia attacked several villages, sparking a demonstration in Mochongoi. Trends of electoral violence also continued, with clashes between supporters of different candidates for governor of the Orange Democratic Movement (ODM) during an International Women’s Day event in Mombasa and Jubilee party candidates fighting in Nakuru.

In the Democratic Republic of Congo, rebel and militia groups continued to carry out deadly attacks against civilians in the eastern part of the country. The Allied Democratic Forces (ADF) killed more than two dozen civilians in a string of attacks in North Kivu and Ituri provinces. Elements of the Cooperative for Development of Congo (CODECO) targeted a refugee site in Djugu territory, killing over a dozen people. This incident led to a retaliatory attack by the armed forces (FARDC), resulting in further civilian deaths. Since November of last year, several attacks against refugees have been recorded in Djugu. Finally, in Tanganyika province, Batwa militiamen attacked civilians in the Tumbwe sector of Kalemie territory.

Finally, 17 African countries abstained from voting in the emergency UN resolution on the Russian invasion (Chatham House, 7 March 2022), with demonstrations supporting Ukraine in South Africa and Tunisia and a pro-Russia demonstration in the Central African Republic.