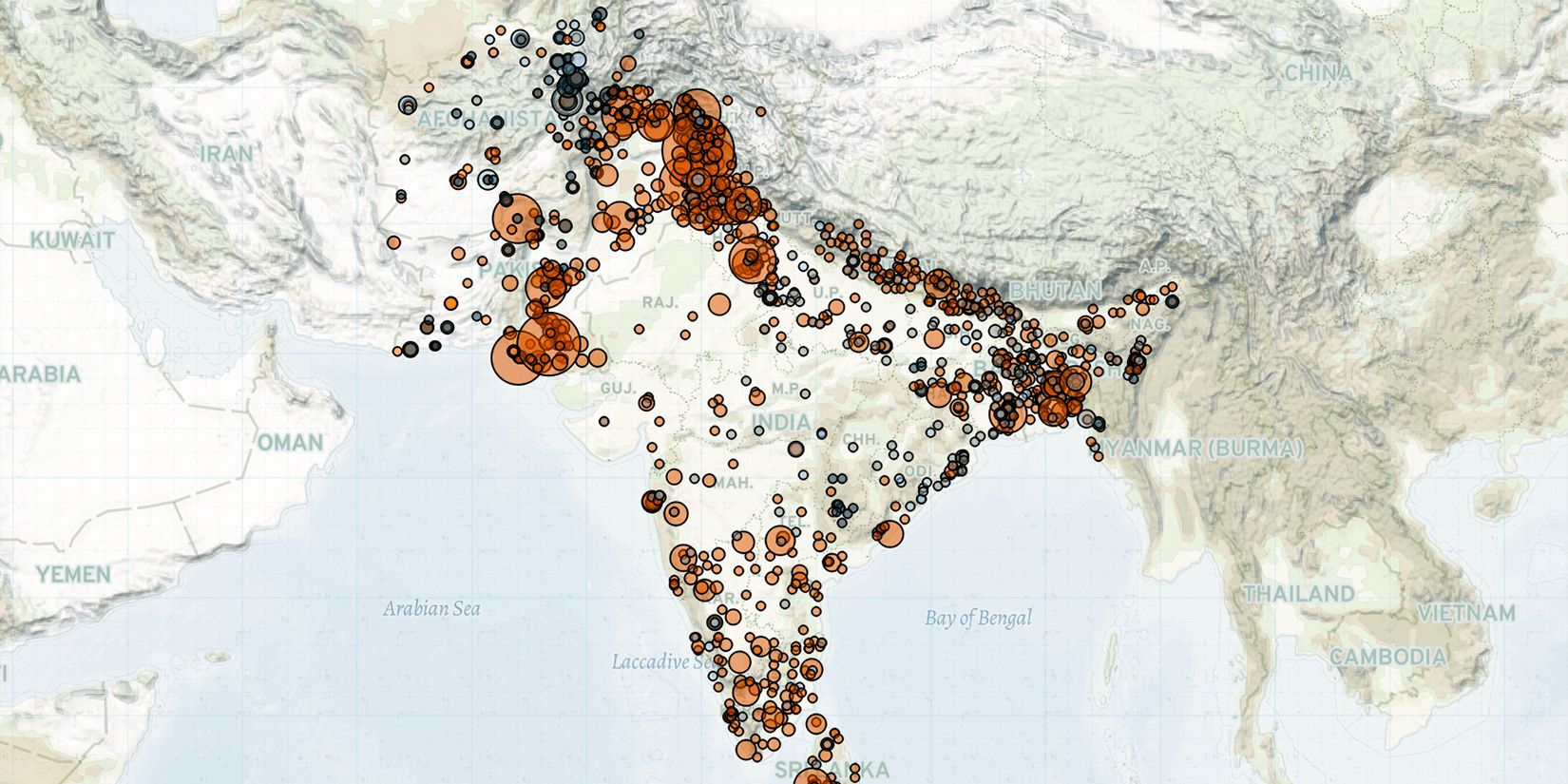 Last week in South Asia and Afghanistan, Taliban forces continued to clash with the Islamic State (IS) and the National Resistance Front (NRF) in Afghanistan, while tensions between the Taliban and Iranian state forces escalated into deadly violence along the Afghanistan-Iran border. The Taliban and unidentified groups also continued to target civilians, while the accidental detonation of remnant explosives from previous clashes led to civilian deaths. ​​In Pakistan, IS conducted a suicide attack targeting a Frontier Corps (FC) convoy, while Baloch separatists clashed with security forces in Balochistan province. Military forces also conducted operations against Tehreek-i-Taliban Pakistan (TTP) militants in Khyber Pakhtunkhwa. In India, security forces ramped up operations amid militant attacks on civilians in Jammu and Kashmir (J&K). Meanwhile, poll-related violence continued during the legislative assembly elections in Manipur and Uttar Pradesh states, and local government elections in Odisha state.

In Afghanistan, IS increased attacks on the Taliban last week compared to the week prior, killing three Taliban members across Nangarhar, Kunar, and Kunduz provinces. Clashes between the NRF and the Taliban also continued in northeastern Afghanistan in Parwan, Kapisa, Panjshir, and Badakhshan. The NRF claimed to have taken Ragh town from Taliban forces in Raghistan district of Badakhshan (Twitter @Resist_Ahmad, 6 March 2022).

The Taliban also clashed with Iranian security forces in the Kang district of Nimruz province last week, resulting in the deaths of at least two Iranian personnel. The clash was reportedly sparked by an Iranian incursion into Afghanistan to stop local Afghan farmers working on a canal at the Kamal Khan dam (TOLO News, 8 March 2022). The Kamal Khan dam is a vital source of water and energy for farmers in both Afghanistan (Xinhua, 4 February 2022) and Iran’s Sistan and Baluchistan region (Gandhara, 26 January 2022). This is the third clash between Iranian and Taliban forces that ACLED records in Nimruz thus far in 2022.

Meanwhile, the Taliban targeted civilians in more than a dozen attacks last week, killing at least nine civilians during house searches, as well as arbitrary shootings and beatings across the country. Unidentified armed groups also launched attacks targeting civilians last week. Additionally, at least three children were killed and six were injured when unexploded ordnances from past battles detonated in Faryab, Paktika, Urozgan, and Ghazni provinces.

In Pakistan, IS conducted a suicide attack targeting an FC convoy in Sibi district, Balochistan province, last week, killing seven FC personnel and injuring at least 28 others. This was the second major suicide attack by IS in the country within a week, following a deadly bombing in Peshawar district of Khyber Pakhtunkhwa province on 4 March. Baloch separatists also engaged in multiple clashes with security forces, resulting in both militant and soldier fatalities. At least one security personnel and nine militant fatalities were reported across separate clashes in Kech district. Meanwhile, Baloch separatists targeted civilians with grenades and explosives in Gwadar and Jaffarabad districts, leaving seven people injured. While violence in Balochistan has been common, it has become increasingly volatile, resulting in a shift from a place of ‘consistent risk’ to being considered an area of ‘extreme risk’ by ACLED’s Volatility and Risk Predictability Index.

In India, militant groups, including the Lashkar-e-Taiba (LeT) and the Resistance Front (RF), killed multiple civilians in J&K last week, with separate attacks recorded in Srinagar, Kulgam, Badgam, and Udhampur districts. In response to the attacks, security forces launched operations against the militants, killing at least five militants across separate clashes involving the LeT, the Jaish-e-Mohammad (JeM), and the RF in Pulwama and Srinagar districts. This violence contributed to the 68% increase in violence last week relative to the past month flagged by ACLED’s Conflict Change Map, which first warned of increased violence to come in the country last month.