The Russian invasion of Ukraine entered its third week last week. Heavy fighting was reported in Kharkiv, Sumy, and Chernihiv, which were partially encircled by Russian troops (Unian, 16 March 2022). Russian forces also surrounded Kherson, Melitopol city in the Zaporizhia region, and Mariupol in the Donetsk region, effectively cutting Ukraine off from the Azov Sea and linking Russian-controlled territories in Donbas and Crimea by land (The Guardian, 3 March 2022).

Meanwhile, Russian forces continued to target civilians last week, deliberately shelling hospitals, kindergartens, and residential buildings, as well as firing at civilian evacuation routes from Mariupol, Volnovakha, and other cities (The Guardian, 8 March 2022). Heavy Russian shelling of Mariupol was reported throughout the week. 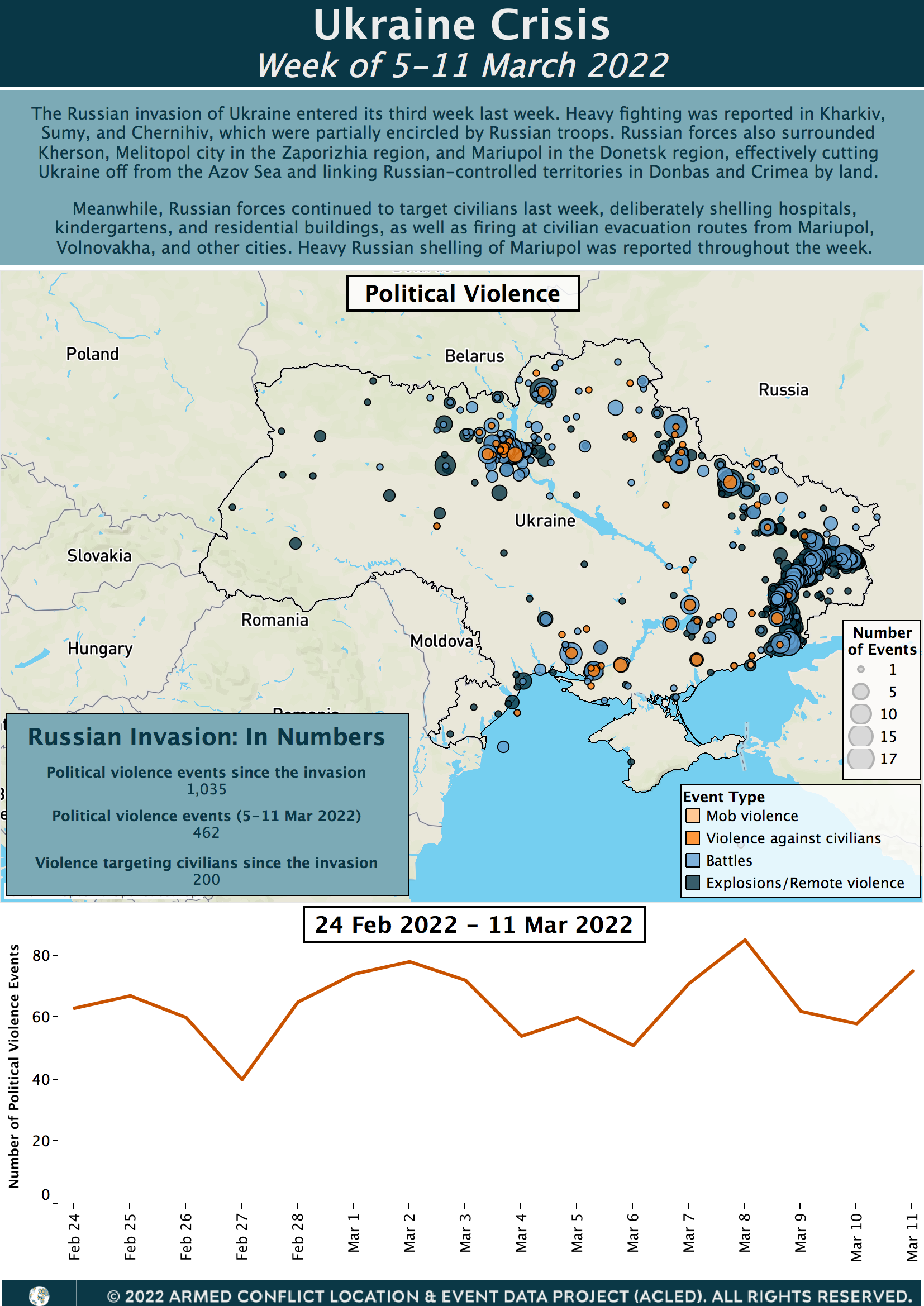