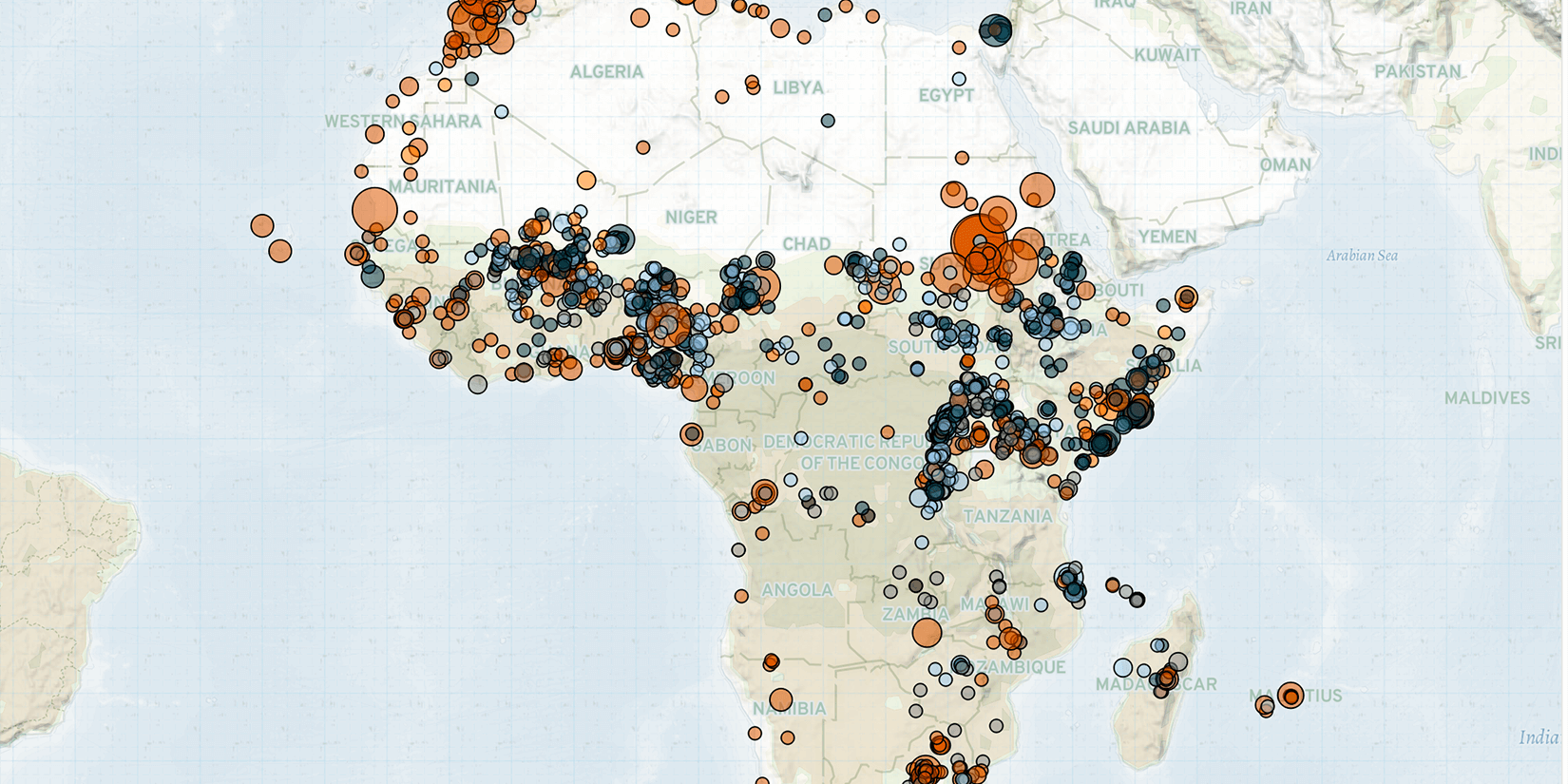 Last week in Africa, violence levels were highest in Burkina Faso and Nigeria; military forces conducted airstrikes against the Polisario Front in Morocco and Al Shabaab militants in Somalia; and attacks by the Allied Democratic Forces (ADF) led to numerous civilian fatalities in the Democratic Republic of Congo.

In Burkina Faso, the Greater Sahara faction of the Islamic State West Africa Province (ISWAP) was most active in the Sahel, where it carried out a series of deadly attacks. Notably, an ISWAP attack on a mining site in the department of Gorom-Gorom killed at least 10 miners. Violence in the Sahel is both common and highly volatile; it is considered an area of ‘extreme risk’ by ACLED’s Volatility and Predictability Index. Al-Qaeda affiliated Jama’at Nusrat al-Islam wal-Muslimin (JNIM) focused its activities in the Center-North and Est regions, with a particularly deadly attack on civilians and a gendarmerie unit near the village of Gorbale.

In Mali, the Movement for Azawad Salvation (MSA) alongside the Imghad Tuareg and Allies Self-Defense Group (GATIA) launched a counteroffensive with Malian Air Force support against ISWAP Greater Sahara faction militants. The offensive resulted in dozens of ISWAP fatalities and permitted the MSA and GATIA coalition to regain control of Tamalat. Meanwhile, JNIM focused its efforts in the Mopti region, where it carried out an offensive against Donso militiamen in the Derary commune. Violent events were highest in Menaka and Mopti regions, primarily carried out by Islamist militias. French and Estonian troops also clashed with presumed ISWAP militants around Ansongo in the Gao region, leaving around a dozen fatalities. However, ISWAP continued to carry out attacks and destruction of property in and around Anderamboukane, leaving at least twenty civilian fatalities.

Across the border in Niger, recorded events remained low, despite ISWAP militants attacking vehicles in the Tillaberi region, killing over 20 people and injuring others.

In Sudan, anti-coup demonstrations continued, with demonstrators also vocalizing their discontent over the rise in fuel and commodity prices due to a devalued currency limiting imports and a decrease in the harvest of staple crops (USAID, 18 March 2022). Within the greater Khartoum area, thousands gathered to denounce the sexual assault of a young girl by security forces, yet security forces dispersed the demonstration. Within South Darfur state, an unidentified armed group lobbed a hand grenade at civilians attending a social event, injuring many and raising concerns among residents of increased tribal clashes. Meanwhile, in neighboring South Sudan, armed pastoralists — likely to be either Mundari or Bor Dinka — carried out a series of attacks and destroyed farmland in Lokiliri payam, Juba county. The pastoralists killed many civilians and sexually assaulted others, contributing to a 233% increase in violence in the past month within Central Equatoria state, as flagged by ACLED’s Subnational Threat Tracker.

In Somalia, special ground operations against Al Shabaab militants continued across the country, with the majority of the offensives taking place within the Banadir and Lower Juba regions. The clashes resulted in many fatalities among both military forces and militants. Furthermore, in the Galgaduud region, a joint U.S. Africa Command forces and Somali security forces (SNA) airstrike on an Al Shabaab stronghold in Hareeri-gubadle village killed dozens. Moreover, militants carried out a series of deadly IED attacks on security forces and civilians across the country, including foreign workers.

Al Shabaab militants also carried out remote attacks across the border into Kenya within the Banissa and Wajir counties. Towards Giriley village, Al Shabaab claimed that clashes with military forces led to the killing of many soldiers transporting supplies.

In the Democratic Republic of Congo, ongoing armed group violence against civilians continued within the eastern part of the country. In Ituri, both the ADF and various Cooperative for the Development of Congo (CODECO) factions carried out attacks in Djugu and Irumu, killing dozens of civilians. Violence within the region was flagged as an ‘extreme risk’ by ACLED’s Volatility and Predictability Index. Moreover, in the Beni territory of Nord-Kivu, the ADF also killed scores of civilians. Further south, the Nyatura militia called the Coalition of Movements of Change of the Congo (CMC) abducted civilians in Rutshuru territory, the first reported event involving the CMC since late last year.