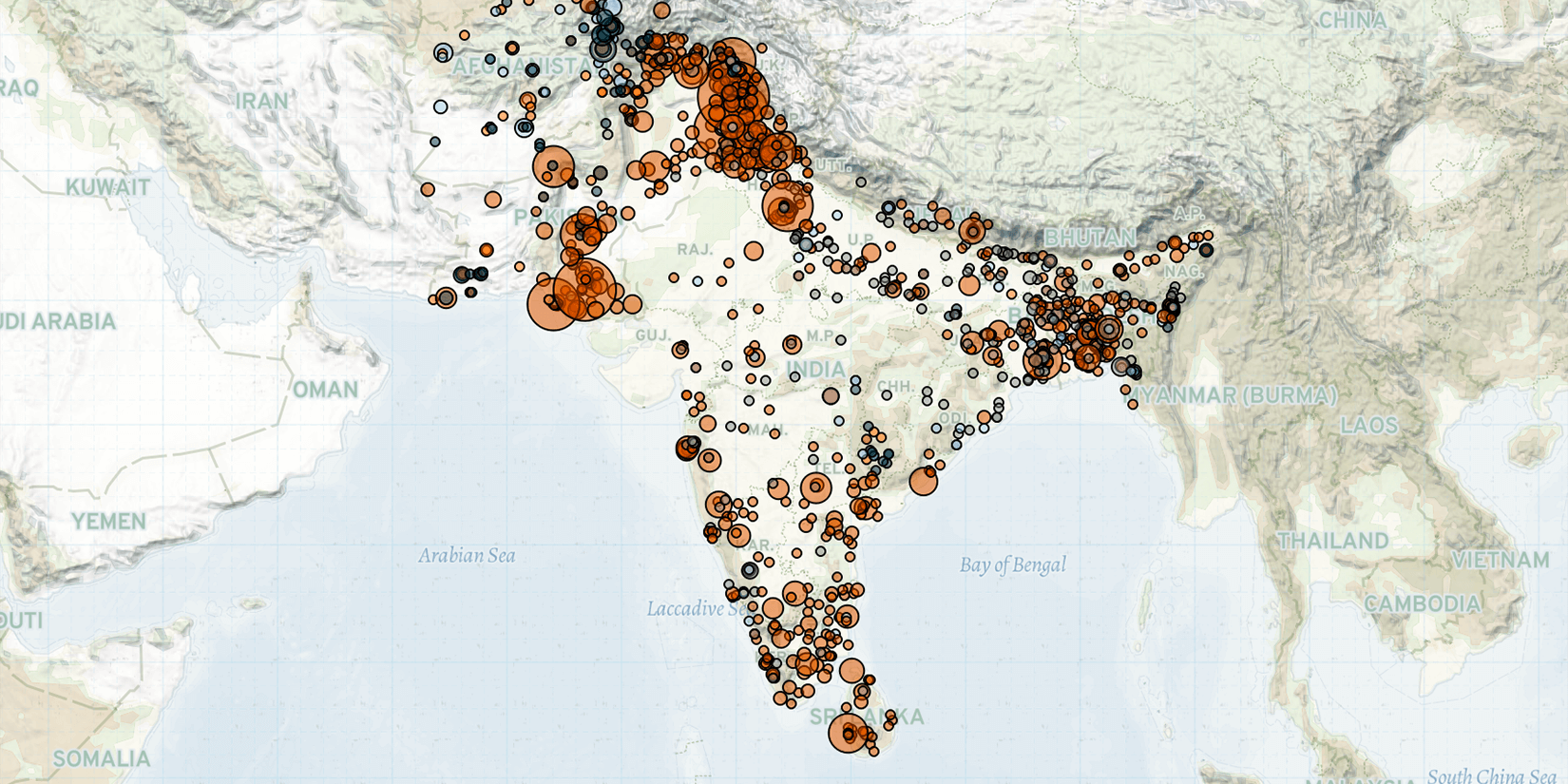 Last week in South Asia and Afghanistan, clashes between the Taliban and the National Resistance Front (NRF) continued in Afghanistan, while a new anti-Taliban armed group emerged and conducted attacks on Taliban forces. Meanwhile, the Taliban continued to target former government and security forces members and detained journalists. In Pakistan, Baloch separatists clashed with security forces and targeted civilians in Balochistan province, while Tehreek-i-Taliban Pakistan (TTP) continued to target security forces in Khyber Pakhtunkhwa. In India, security forces conducted operations against militant groups in Jammu and Kashmir (J&K) and Naxal-Maoists in the Red Corridor. Meanwhile, poll-related violence continued, following the legislative assembly elections in Manipur and Uttar Pradesh states, and during local elections in Odisha state.

In Afghanistan, the NRF attacked Taliban forces in northeastern Panjshir, Baghlan, Parwan, Nangarhar, Takhar, and Kapisa provinces last week. In Takhar province, the group increased its attacks compared to the weeks prior, killing multiple Taliban members across several attacks, resulting in a 300% increase in violence in the province last week relative to the past month, as flagged by ACLED’s Subnational Surge Tracker. Additionally, in eastern Nangarhar province, the NRF claimed to have killed several Taliban members, including a commander. This is the second time that the NRF has claimed an attack against the Taliban in Nangarhar.

Meanwhile, the Afghanistan Freedom Front — a new armed group formed to fight Taliban forces — claimed to have inflicted Taliban casualties in Takhar and Parwan provinces last week (Twitter @AfgFreedomAFF, 11 March 2022). The group also shelled the local market of Kishm district of Badakhshan province, but it remained unclear if there were any casualties. ACLED has recorded several new armed groups positioning themselves as anti-Taliban forces since the Taliban seized control of Afghanistan in August 2021, but this is the first time that a newly-emerged anti-Taliban group has claimed multiple attacks within a week.

Separately, Taliban forces killed several former government and security forces members in Baghlan, Kapisa, and Farah provinces last week. The Taliban also continued to detain civilians without providing a reason, with several civilians claiming that they were tortured under detention in Panjshir province. These trends contribute to the 165% increase in violence in Panjshir over  the past month relative to the past year, flagged by ACLED’s Subnational Threat Tracker, which first warned of increased violence to come in the province in the past month. Moreover, the Taliban briefly detained the head of news and two journalists from TOLO news, the largest TV station of Afghanistan, last week. Taliban officials stated that they had detained the journalists in response to TOLO’s decision to broadcast a foreign series, which they claim is offensive to “Islamic principles” (Al Jazeera, 18 March 2022).

In Pakistan, Baloch separatists clashed with security forces and targeted both security forces and civilians with remote violence in Balochistan province last week. Multiple security forces fatalities were reported across separate attacks involving the Baloch Liberation Front (BLF), the Baloch Nationalist Army (BNA), and the Baloch Liberation Army (BLA) in Kech and Sibi districts. Baloch separatists targeted civilians with explosives in Kohlu and Sibi districts, leaving two people injured. While violence in Balochistan has been common, it has become increasingly volatile, resulting in a shift from a place of ‘consistent risk’ to being considered an area of ‘extreme risk’ by ACLED’s Volatility and Risk Predictability Index.

In Khyber Pakhtunkhwa province, suspected TTP militants targeted a police vehicle with an IED in Tank district last week, injuring one policeman. After unilaterally ending a month-long ceasefire on 9 December 2021, the TTP has engaged in ongoing targeted attacks against Pakistani security forces. Despite dispatching a delegation of Pashtun tribal elders to Afghanistan to hold talks with the TTP in January (Gandhara, 24 January 2022), the Pakistani government has been unwilling to accept undisclosed militant conditions for future peace talks (The News, 5 February 2022).

In India, security forces intensified operations against militant groups in J&K last week, killing at least eight militants across separate clashes involving the Lashkar-e-Taiba (LeT) and the Jaish-e-Mohammad (JeM) in Kulgam, Ganderbal, Kupwara, Pulwama, and Srinagar districts. Meanwhile, LeT militants shot and killed an off-duty soldier in Kulgam district, contributing to the 61% increase in violence over the past month relative to the past year flagged by ACLED’s Conflict Change Map, which first warned of increased violence to come in the country in the past month.

Meanwhile, poll-related violence continued across several Indian states last week, coinciding with state and local elections. In Manipur, unknown assailants targeted National People’s Party (NPP) and independent candidates, resulting in at least one fatality. In Uttar Pradesh, at least one fatality was reported in multiple incidents of mob violence involving Samajwadi Party (SP) and Bharatiya Janata Party (BJP) supporters. Multiple clashes also broke out between Biju Janata Dal (BJD) and Indian National Congress (INC) supporters in Odisha during local elections, resulting in at least one fatality. Election-related violence contributed to the significant increases in violence in all these states over the past month relative to the past year; ACLED’s Subnational Threat Tracker first warned of increased violence to come in all three states last month.