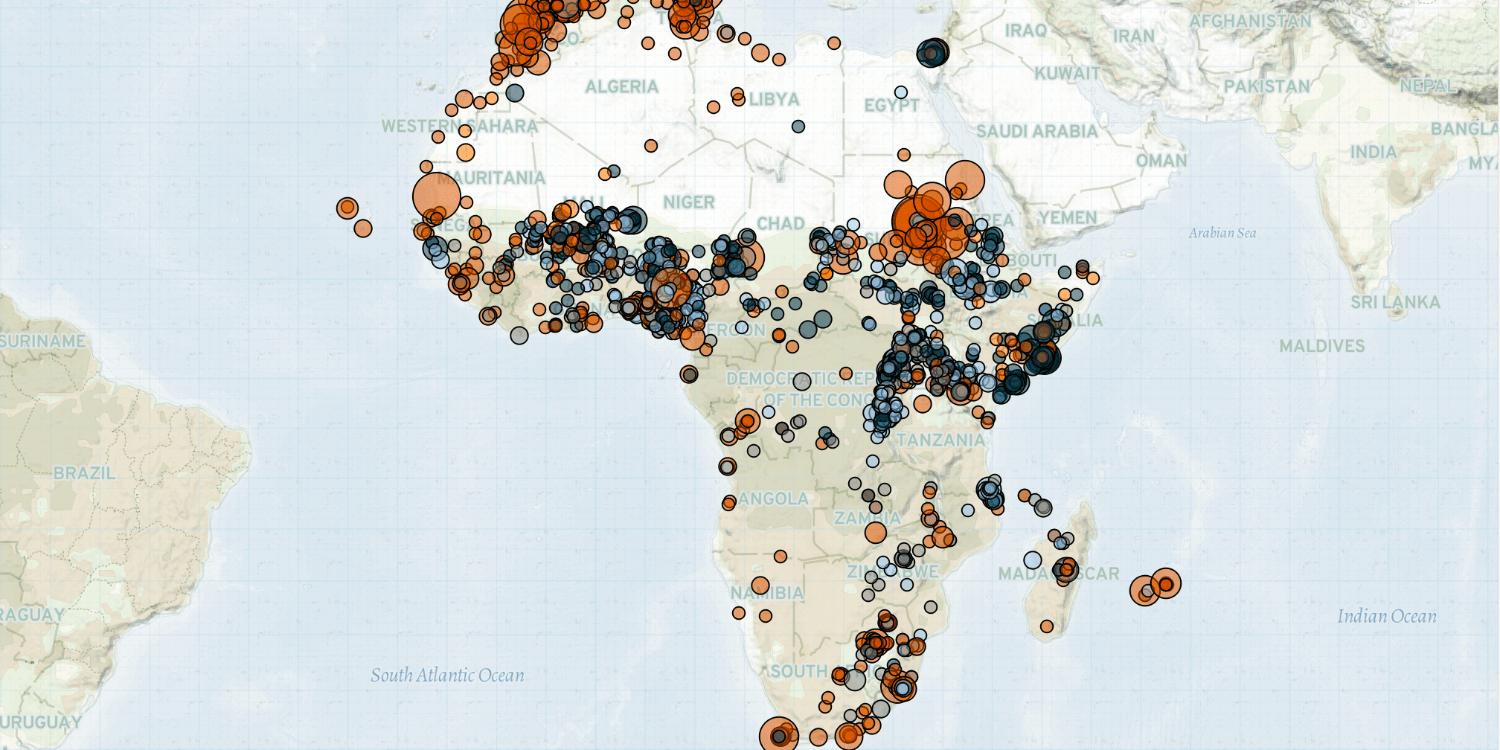 Last week in Africa, Nigeria saw the highest number of violent events; Islamic State-affiliated militants in the Sahel attacked civilians and fought against military forces in both Mali and Niger; deadly suicide bombings in Somalia resulted in multiple fatalities; and a newly formed opposition party won the majority of available seats in Zimbabwe’s postponed by-elections.

In Burkina Faso, militants from the Al Qaeda-affiliated Jama’at Nusrat al-Islam wal-Muslimin (JNIM) focused attacks against Burkinabe troops in the East and Centre-East regions, killing dozens of soldiers. JNIM ran checkpoints, destroyed gendarmerie facilities, used an IED explosive against Burkinabe troops, and clashed with Volunteers for the Defense of the Homeland (VDP) in the Center-North and Boucle du Mouhoun regions. A new faction of the Islamic State, called the Islamic State Sahel Province (IS Sahel), formerly the Islamic State in the Greater Sahara (ISGS) or Greater Sahara faction of Islamic State West Africa Province (ISWAP), attacked civilians and used a remote explosive in the Sahel region (Dakar Actu, 23 March 2022). Military forces also conducted airstrikes against Islamist militants in the Tin-Akoff area and around Djibo in the Sahel.

Across the border in Niger, IS Sahel militants ambushed and killed Nigerien troops near Kolman, Tillaberi region. In the Dargol commune, unidentified gunmen killed several civilians, including village chiefs, and abducted others.

In Mali, IS Sahel moved operations from Menaka to the Gao region and carried out a series of attacks against civilians. Militia members from the Movement for Azawad Salvation (MSA), part of the Permanent Strategic Framework (CSP) coalition, clashed with IS Sahel in the Talataye area of the Gao region, resulting in several fatalities. These trends contributed to the 271% increase in violence in Gao last week relative to the past month flagged by ACLED’s Subnational Surge Tracker.

In Egypt, battles continued between the Islamic State and local pro-government tribal militias in the North Sinai region. The Union of Sinai Mujahideen, the Tarabeen Clan Militia, and the Union of Sinai Tribes lost several fighters to remote explosives planted by Islamist militants in the Al Shiekh Zuwaid and Rafah areas of North Sinai.

To the south in Kenya, clashes between Al Shabaab militants and security forces in Lamu and Mandera counties resulted in some deaths among militants. Elsewhere in Garissa, a dusk-to-dawn curfew has been imposed in parts of the county following a spate of armed clan attacks relating to land disputes. Furthermore, in Elgeyo Marakwet county, consecutive armed pastoralist attacks on Koitialal village forced hundreds to flee to nearby areas. In northern Uganda, armed Karamojong pastoralists clashed with security forces in Moroto and Agago districts, killing more than twenty and prompting many to leave for refuge in other areas.

In the Democratic Republic of Congo, security forces launched a series of offensives against rebel groups and militants in Ituri and Nord-Kivu provinces, claiming to have regained control of territory within Irumu and Rutshuru. Violence against civilians persisted across the country, with Allied Democratic Forces (ADF) attacks leaving dozens of fatalities in the Beni and Irumu territories. In Ituri province, the Congolese army (FARDC) clashed with the ADF in Walese Vonkutu commune, resulting in more than two dozen fatalities and government forces regaining control of some areas. Moreover, in North Kivu, a FARDC offensive against the March 23 Movement (M23) in Rutshuru and Masisi resulted in the FARDC regaining rebel group positions within the Rutshuru territory.

In South Sudan, the security situation deteriorated in Longochuk and Maiwut counties in Upper Nile state, where government forces clashed with the Sudan People’s Liberation Movement – In Opposition (SPLM-IO), resulting in scores of fatalities. Following the clashes, the SPLM-IO announced that it was suspending its participation in various security mechanisms associated with the 2018 Peace Agreement (Radio Tamazuj, 23 March), as tensions increased in the capital city. In Jonglei state, attacks on aid workers continued as gunmen ambushed humanitarian convoys in Uror and Twic East counties, killing ten (World Food Programme, 25 March 2022; United Nations Office for the Coordination of Humanitarian Affairs, 25 March 2022). In Eastern Equatoria state, hundreds were displaced following a clash between an unknown group and Bor Dinka pastoralists in Magwi county, amid continued unrest between Madi and Acholi residents and the Bor Dinka. Eastern Equatoria has become increasingly volatile, resulting in the state being considered an area of ‘growing risk’ by ACLED’s Volatility and Risk Predictability Index.

In Sudan, thousands gathered in nationwide anti-coup demonstrations in tandem with discontent over the rise in the country’s cost of living. Within the greater Khartoum area, police violence against demonstrators resulted in one fatality.

Finally, in Zimbabwe, by-elections were held on 26 March 2022 after being postponed since December 2020 due to the coronavirus pandemic. The elections took place amidst increased political violence against members of the recently established opposition party, the Citizens’ Coalition for Change (CCC). Nevertheless, the by-elections resulted in the CCC winning the majority of available seats, most of which were previously held by a faction of the Opposition group MDC (Al Jazeera, 28 March 2022; RFI, 28 March 2022).