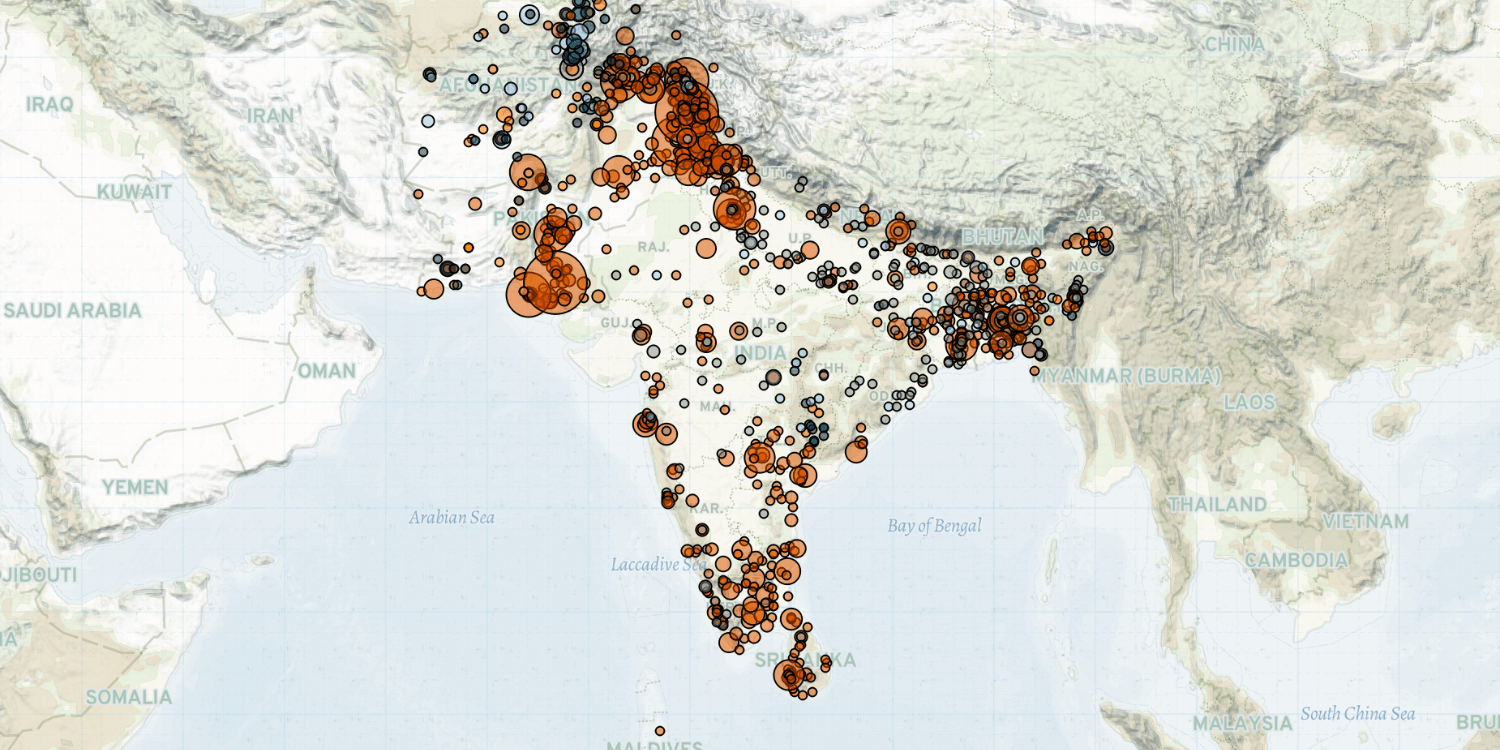 Last week in South Asia and Afghanistan, the Taliban continued to clash with the National Resistance Front (NRF) in Afghanistan as a new armed group also attacked Taliban forces for a second week in a row. Meanwhile, women’s protests took place as the Taliban reversed their decision to open secondary schools for girls. In Pakistan, Tehreek-i-Taliban Pakistan (TTP) increased attacks on security forces and civilians, while security forces conducted operations against Islamic State (IS) militants in Khyber Pakhtunkhwa. Meanwhile, Baloch separatist groups targeted security forces and civilians in Balochistan. In India, Naxal-Maoists targeted civilians and disrupted development projects in the Red Corridor, while poll-related violence continued during local elections in Odisha state. In Bangladesh, clashes between rival political supporter groups broke out in Chittagong and Khulna divisions. In Sri Lanka, multiple protests were held against the ongoing economic crisis in the country.

In Afghanistan, the NRF and the newly-formed anti-Taliban armed group, the Afghanistan Freedom Front (AFF), continued to clash with the Taliban last week. The NRF attacked Taliban forces in Takhar and Parwan, while the Taliban targeted the NRF with airstrikes in Baghlan province. Meanwhile, the AFF ramped up its attacks on the Taliban, claiming to kill at least six Taliban members in Parwan, Sar-e Pol, Takhar, and Kapisa provinces. These provinces are home to significant anti-Taliban resistance, with the NRF also active in these provinces. While the NRF circulated reports of AFF attacks last week, neither group has claimed to be coordinating with the other. ACLED’s Subnational Surge Tracker recently warned of increased violence to come in Takhar.

Separately, women students protested in Kabul last week, after Taliban authorities reversed their previous decision to open secondary schools for girls. The decision was announced shortly before the opening of schools on 23 March, with girls above sixth grade denied entry to schools on the day of opening (Washington Post, 23 March 2022). Taliban officials stated that secondary schools will reopen as the government comes up with a new plan for girls’ education in accordance with Islamic law (Al Jazeera, 23 March 2022). However, human rights organizations have voiced concern about the irreversible effects of girls missing out on education (Amnesty International, 28 March 2022).

In India, Naxal-Maoists targeted civilians and disrupted development projects in the Red Corridor last week, killing at least three people, and setting fire to road construction vehicles and machines. In Madhya Pradesh, rebels abducted and killed a forest department employee in Balaghat district, on suspicion of being a ‘police informer.’ Naxal-Maoist activity contributed to the 231% increase in violence in Madhya Pradesh last month relative to the past year flagged by ACLED’s Subnational Threat Tracker, which first warned of increased violence to come in the state in the past month.

Meanwhile, election-related violence continued in Odisha state during local elections last week. At least 18 people were injured in multiple incidents of mob violence involving Bharatiya Janata Party (BJP), Biju Janata Dal (BJD), and Indian National Congress (INC) supporters. Election-related violence has driven the significant increase in violence in the state over the past month relative to the past year; both ACLED’s Subnational Threat and Surge Trackers first warned of increased violence to come in the state in the past month.

In Bangladesh, multiple clashes between rival political party supporters were reported across several places in Chittagong and Khulna divisions last week. In Chittagong, a clash broke out between members of Parbatya Chattagram Jana Samhati Samiti (PCJSS) and Arakan Liberation Party (ALP) fighting to establish political control in Rangamati district, resulting in at least three fatalities. At least 30 Bangladesh Awami League (AL) members were injured in a factional clash between two groups of AL members in Kushtia district in Khulna. The clash followed a dispute between two AL leaders over governing-body elections for a primary school in the district. Violence in these divisions is both common and highly volatile; they are both considered to be areas of ‘extreme risk’ by ACLED’s Volatility and Predictability Index.

In Sri Lanka, political parties and local residents staged protests across various places last week, demanding the government provide solutions to the ongoing economic crisis in the country. Protesters accuse the government of mismanaging the economy and creating a foreign exchange crisis that has led to shortages of essential goods, including fuel, cooking gas, milk powder, and medicine (Al Jazeera, 16 March 2022). Sri Lanka is facing one of its worst economic crises in recent decades, with rising inflation, weak government finances and COVID-19 impacting on the economy (DW, 28 March 2022).