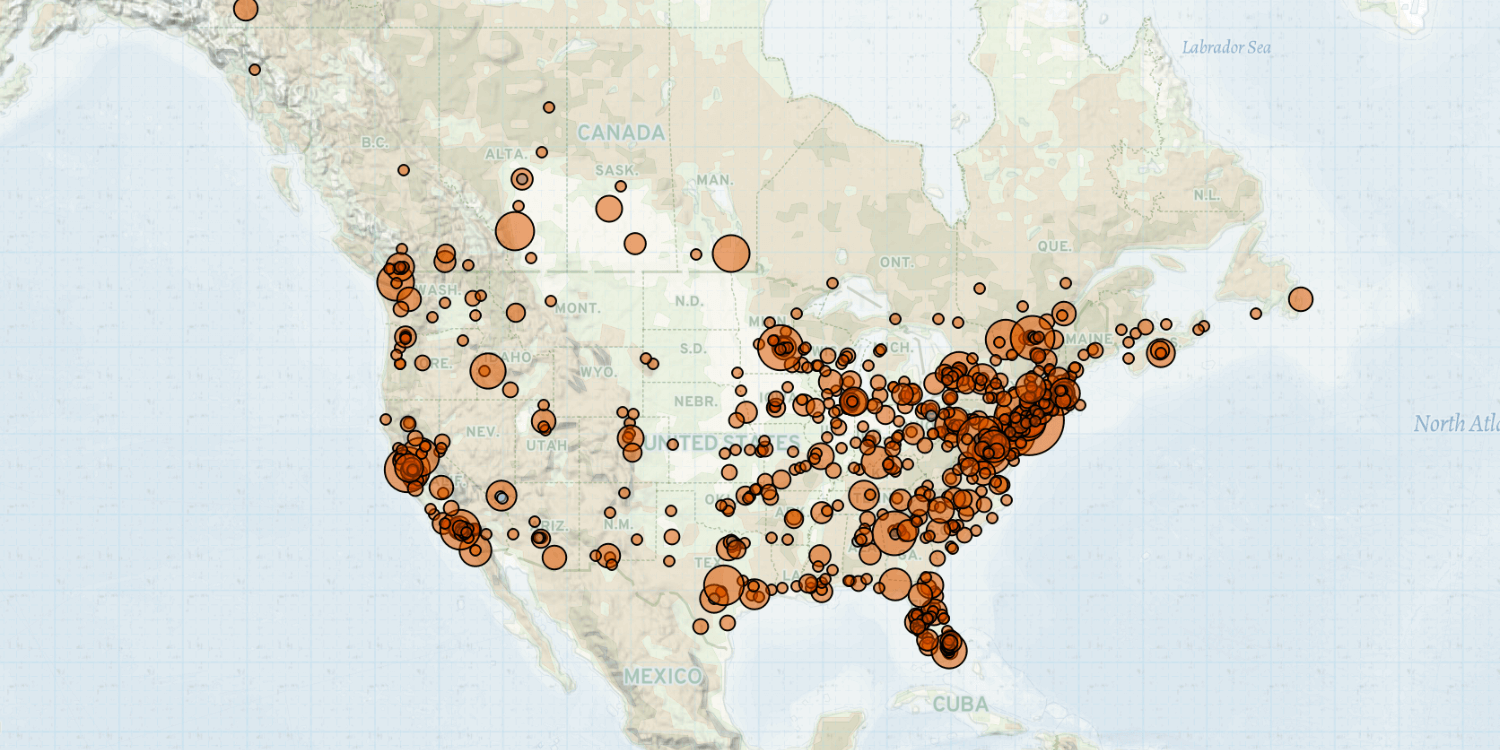 Meanwhile, demonstrators gathered outside Nova Scotia’s chief medical officer of health’s private residence in Fall River from 20 to 22 March to demonstrate against pandemic-related health restrictions in the province. Halifax Regional Police later arrested two men — including one identified as the de facto leader of Diagolon, a militant neo-fascist group (CTV News, 17 February 2022) — who they charged with harassment for their participation in the demonstration (CTV News, 22 March 2022).

In the United States, labor demonstrations involving workers calling for better pay and working conditions made up the largest share of demonstration events last week. In Brookwood, Alabama, unidentified perpetrators damaged a Warrior Met Coal natural gas pipeline with an explosive device in an apparent act of sabotage. The explosion came amid a labor dispute between Warrior Met Coal and the United Mine Workers of America (UMWA), which began in April 2021 — both have since issued statements condemning the explosion (Tuscaloosa News, 23 March 2022). ACLED has recorded dozens of UMWA demonstration events against Warrior Met Coal since the beginning of April 2021. The UMWA demonstration movement has experienced some of the highest rates of targeted violence in the country, including at least three demonstrations in which workers on the picket line were struck by moving vehicles in car-ramming incidents, though none of these events resulted in reports of serious injuries.

A large number of bomb threats have been made against Historically Black Colleges and Universities (HBCUs) and other predominantly minority student educational facilities since the beginning of 2022, and this trend continued last week. An elementary school in Longwood, Florida, whose student body is composed predominantly of minority students, received a bomb threat on 24 March from an individual who was later identified as a man in Texas (Seguin Gazette, 26 March 2022). No explosive devices were found on the campus, however.

Militia and militant social group activity in the United States remained relatively stable last week compared to the week prior. Members of the Proud Boys participated in a 19 March demonstration in Olympia, Washington, to show support for the 6 January Capitol rioters. On the same day, Proud Boys gathered at the North Carolina capitol building in Raleigh to show support for an anti-vaccine mandate ‘Freedom Convoy’ rally that was passing through the city. On 21 March, members of the Sons of Confederate Veterans gathered in Fort Myers, Florida, to call for a statue of Confederate General Robert E. Lee, which had previously been removed, to be restored to its former position (News-Press, 22 March 2022). In addition, a Boogaloo Boy was arrested for probable cause and charged with having a loaded pistol on 24 March at a ‘Freedom Convoy’ demonstration at the Hagerstown, Maryland speedway. Border vigilantism also continued last week. Along the US-Mexico border, near Sasabe, Arizona, Veterans on Patrol (VOP) conducted at least four patrols on 19, 20, 22, and 25 March, during which they encountered and detained nearly 80 migrants.

Openly white supremacist organizations were also active last week. Patriot Front conducted two trainings: one on 19 March in central Rhode Island, marking the group’s first recorded activity in Rhode Island since ACLED began coverage at the beginning of 2020, and another on 22 March in eastern Massachusetts. Meanwhile, the Nationalist Social Club (NSC) distributed anti-immigrant flyers along the route of the 20 March St. Patrick’s Day Parade in Boston, Massachusetts, while holding a white supremacist flag and a “Keep Boston Irish” banner (Boston.com, 20 March 2022). On that same day, in the Greater Heights area of Houston, Texas, anti-Semitic flyers depicting swastikas and Adolf Hitler, which also promoted the Aryan Freedom League and White Lives Matter, were found.

Kieran Doyle is the North America Assistant Research Manager at ACLED. He is currently studying for an MA in Peace, Mediation, and Conflict Studies at Tampere University in Finland. His research interests include everyday peace, narrative and memory studies, and post-atrocity reconciliation.
Daniel Hershfield

Daniel Hershfield is a US Researcher at ACLED. He holds a BA in Political Science with a minor in Global Poverty and Practice from the University of California, Berkeley. His research interests include topics surrounding communal violence, post-conflict state-building, democratization, and human rights promotion.
31 March 2022
Share
TweetShare on Twitter Share on FacebookShare on Facebook Share on LinkedInShare on LinkedIn