Last week marked one month since the start of the Russian invasion of Ukraine, with fighting reported in the country’s northern, eastern, and southern regions. Russian forces continued to shell civilian infrastructure across the country. Civilians bore the burden of the ongoing siege of Mariupol in the Donetsk region, with cuts to electricity, heating, phone coverage, food, and water (Al Jazeera, 23 March 2022; Vgolos, 28 March 2022). The United Nations has indicated that there is growing evidence of mass graves in the city (Reuters, 25 March 2022).

People also continued to hold demonstrations in Ukraine against the Russian invasion. The majority of these demonstrations took place in the Kherson and Zaporizhia regions, which have been partially occupied by Russian forces, with reports of Russian soldiers opening fire on demonstrators in Kherson (Politeka, 21 March 2022). 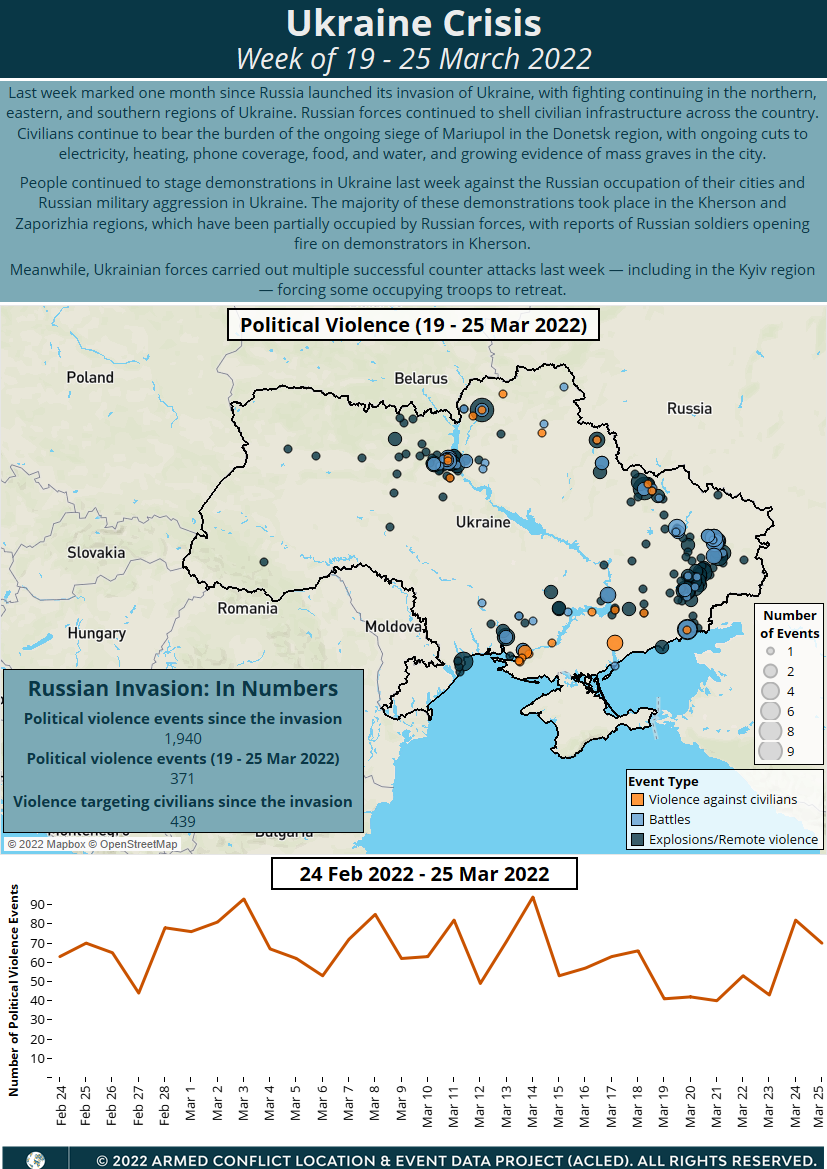