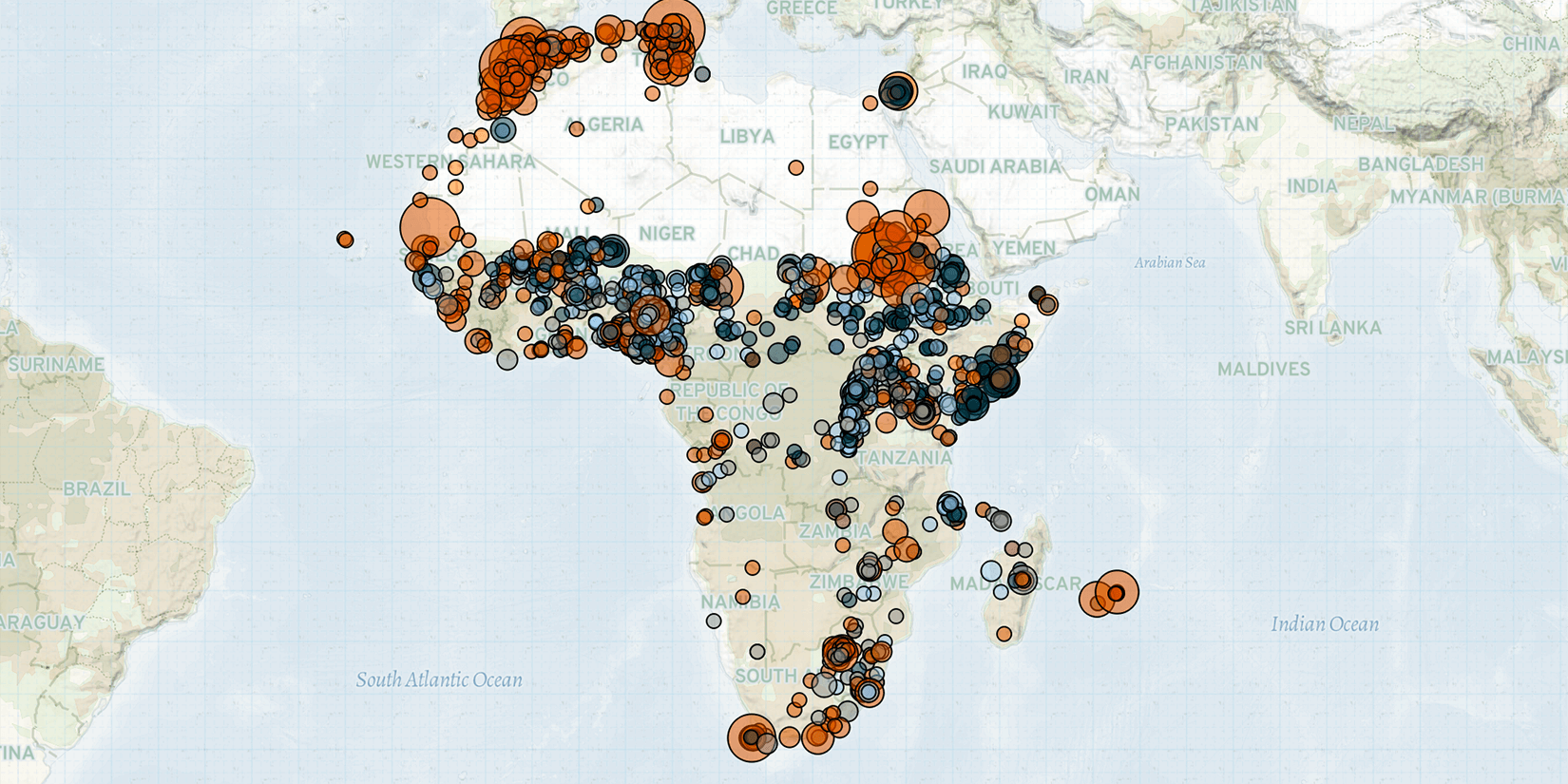 Last week in Africa, Wagner Group mercenaries and military forces in Mali killed hundreds of ethnic Fulani; Islamist militant offensives continued in the Sahel and the Lake Chad Basin; the M23 and Congolese military exchanged blame for downing a UN peacekeeping helicopter in the Democratic Republic of Congo; and violence escalated in South Darfur state of Sudan amidst clashes between Fellata and Rizeigat ethnic militias.

In Burkina Faso, violence remained both common and highly volatile in the East and Center-North regions. The East region recorded the most events in the country, with Al Qaeda-affiliated Jama’at Nusrat al-Islam wal-Muslimin (JNIM) carrying out several acts of kidnapping, looting, and sabotage of infrastructure. Islamist militants also perpetrated two particularly deadly attacks in the village of Doaga and a mining site near Barga, Center-North region, resulting in dozens of fatalities. As a result, both regions are considered areas of ‘extreme risk’ by ACLED’s Volatility and Risk Predictability Index. The newly formed Islamic State Sahel Province (IS Sahel) was most active in the Oudalan and Seno departments of the Sahel region, where it perpetrated several deadly attacks against civilians.

In Mali, high levels of conflict persisted in the Mopti and Menaka regions. In Mopti, fatalities increased as Malian government forces and the Wagner Group launched an air and ground attack on the village of Moura. The operation involved summary executions, leaving hundreds of fatalities among civilians from the Fulani community and Islamist militants. Human rights observers described it as “the worst single atrocity in Mali’s decade-long armed conflict” (Human Rights Watch, 5 April 2022), and both the US State Department and the French foreign ministry condemned the violence (The New York Times, 4 April 2022). In the Menaka region, IS Sahel militants continued to confront combatants of the Permanent Strategic Framework (CSP) coalition, resulting in casualties on both sides. IS Sahel militants also killed dozens of civilians in and around the village of I-n-Tekoret.

In Nigeria, violence remained high in the northwestern states, with the most events recorded in Kaduna and Niger states. In Kaduna, large-scale attacks by gunmen led to armed clashes with security forces in Chikun Local Government Area (LGA). In one case, bandits used explosives to derail a train carrying hundreds of passengers, killing some civilians and injuring dozens. Furthermore, a military airstrike resulted in dozens of militia fatalities around the Akilibu-Sarkin Pawa road on the border between Kaduna and Niger states. Military forces also used ground operations in Niger state, clashing with hundreds of gunmen in Suleja LGA. While violence in Niger has been common, it has become increasingly volatile, resulting in a shift from a place of ‘consistent risk’ to being considered an area of ‘extreme risk’ by ACLED’s Volatility and Risk Predictability Index. In Borno state, Islamic State of West Africa Province (ISWAP) Lake Chad faction used remote explosives against military forces, causing several fatalities. The Multinational Joint Task Force (MNJTF) and the Nigerian military also fought with ISWAP Lake Chad faction and Boko Haram (JAS) militants in the Abadan and Ngala local government areas, releasing scores of abducted women and children.

In Egypt, violence remained concentrated in the North Sinai governorate, where Islamic State militants clashed with the military and attacked civilians, killing numerous Egyptian soldiers in Abu Shannar. Military forces provided air cover and artillery fire to support ground operations by the Union of Sinai Tribes and the Union of Sinai Mujahideen against the Islamic State.

Throughout Morocco, demonstrators gathered in support of Palestine Land Day following the call of the Moroccan Front for Supporting Palestine and Against Normalization. Demonstrators demanded an end to the normalization of Morocco’s relations with Israel and denounced the Ministry of Foreign Affairs’ participation in the Negev Summit (Bladi, 1 April 2022).

In the Democratic Republic of Congo, the March 23 Movement (M23) increased offensives within North Kivu, gaining control of Congolese army (FARDC) strongholds within the Rutshuru commune. Counter-offensives by the FARDC resulted in the military regaining control of areas within Bwisha commune from the M23. The fighting in Rutshuru territory resulted in at least a dozen fatalities, and thousands of civilians fled from the violence. Also in North Kivu, the M23 and FARDC blamed one another for downing a UN peacekeeping (MONUSCO) helicopter around Tchanzu, killing eight peacekeepers (Africa News, 4 April 2022). The M23 spokesman announced a unilateral ceasefire to further dialogue with the DRC authorities on peace in the region (Reuters, 3 April 2022).

In Sudan, violence escalated in South Darfur state as Fellata (a.k.a. Fulani) and Rizeigat ethnic militias clashed in Damso, Buram, and Tulus localities, resulting in scores of fatalities (The East African, 1 April 2022; Crisis Group, March 2022). The fighting followed the killing of a Rizeigat Rapid Support Forces (RSF) lieutenant during an attack on a convoy carrying gold from the Central African Republic into the Elibo area, and is the fourth episode of serious fighting between the Fellata and Rizeigat since May 2020. These trends contributed towards a 700% increase in violence in South Darfur over the past week, as flagged by ACLED’s Subnational Surge Tracker.