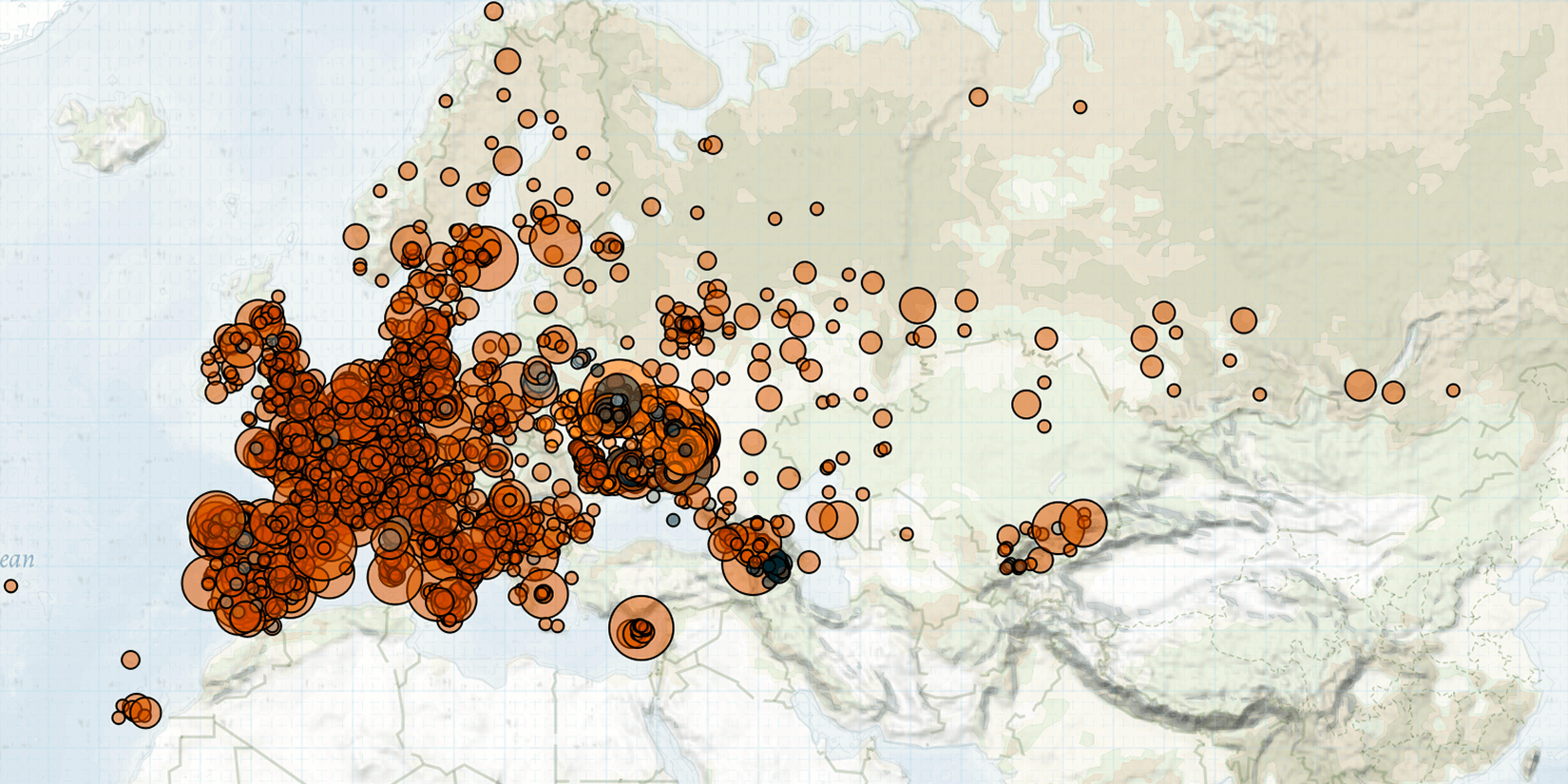 Last week in Europe, Central Asia, and the Caucasus, the Russian invasion of Ukraine continued into its sixth week. Rallies in solidarity with Ukraine, as well as against rising fuel prices, continued throughout the region. In France, a police shooting in Aulnay-sous-Bois sparked rioting in Paris. Meanwhile, fighting decreased along the Azerbaijan-Artsakh Line of Contact following an escalation in violence the week prior.

In Ukraine, Ukrainian forces continued offensive operations in the north of the country last week, amid the partial withdrawal of Russian forces in the Kyiv and Chernihiv regions. On 29 March, Russia announced that it will significantly cut military activity in the Kyiv and Chernihiv regions of Ukraine, citing the need for de-escalation for the progress of Ukraine-Russia negotiations (RFE/RL, 29 March 2022). Despite Russian claims of de-escalation, analysts suggest that they are likely to redeploy the withdrawn troops to southern and eastern regions of Ukraine (ISW, 29 March 2022). This is in line with the statement from the Russian Minister of Defense, who claims that the current goal of the Russian military operation is to force Ukraine out of the Donbas region (BBC, 29 March 2022). The withdrawal of Russian forces comes only days after successful Ukrainian counterattacks in the region, with further Ukraine offensive operations occurring last week. By 2 April, the Kyiv region was fully cleared of Russian troops, as was much of the Chernihiv and Sumy regions (RFE/RL, 2 April 2022; BBC, 5 April 2022).

The pullback of Russian troops from northern Ukraine has revealed numerous war crimes committed by Russian soldiers in the previously occupied territories, including looting, abduction, torture, rape, and the killing of civilians (HRW, 3 April 2022). Mass graves and hundreds of executed civilians were discovered in the town of Bucha in the Kyiv region (Washington Post, 3 April 2022). Similar violence against civilians was uncovered in the neighboring settlements of Irpin, Hostomel, Borodianka, and Motyzhyn (Suspilne Media, 4 April 2022).

Meanwhile, heavy fighting between Russian and Ukrainian forces continued in the eastern and southern regions of the country last week, contributing to the 159% increase in violence in Ukraine last month relative to the past year flagged by ACLED’s Conflict Change Map.1Amid the ongoing invasion of Ukraine, changes in the media landscape, inaccurate or delayed reporting on active fighting, and the pullout of international monitors from the country all present difficulties for tracking political violence, especially in real time; these challenges should be taken into account when using any real-time data on this context, including from ACLED. The heavy bombardment and siege of Mariupol in the Donetsk region continued last week. Around 130,000 civilians remain in Mariupol with no access to electricity, heating, food, and water, as evacuation efforts were slowed down by the destruction of all remaining evacuation buses in the city (Ukrinform, 5 April 2022). According to the city mayor, around 5,000 residents, including more than 200 children, have been killed since the siege of Mariupol began on 2 March (Novoye Vremya Ukraine, 28 March 2022).2Fatality numbers are frequently the most biased and poorly reported component of conflict data; they can vary considerably and are often the subject of debate given the strategic incentives to over- or underestimate these numbers, as well as the significant logistical difficulties in collecting accurate data, among other factors (for more, see this piece by ACLED in Washington Post, 2 October 2017).

As Ukraine continues to be littered with explosive devices, three civilians died and 13 were wounded last week in mine explosions in the Sumy, Zaporizhia, and Kharkiv regions. Russian forces also continue the heavy shelling of the Kharkiv region, often using indiscriminate cluster munitions and targeting residential areas (UN News, 30 March 2022; Suspilne Media, 24 March 2022). Local police have confirmed that at least 365 civilians have been killed in the Kharkiv region between 24 February and 29 March, although the true number could be much higher (Kharkiv Human Rights Protection Group, 2 April 2022). These trends contribute to the 3115% increase in violence in the Kharkiv region last month relative to the past year flagged by ACLED’s Subnational Threat Tracker; the tool first warned of increased violence to come in the region in the past month (for more information, visit ACLED’s Ukraine Crisis hub, which offers curated data, an interactive dashboard, the latest analysis, and more).

The Russian retreat from the northern regions in Ukraine also comes amid ongoing acts of railway sabotage in Belarus, complicating the supply and movement of Russian troops. Last week, Belarusian troops shot at individuals trying to destroy two relay boxes on the railway section near the Babino stop near Babruysk (Nasha Niva, 31 March 2022). Around 38 railway workers were also arrested last week as authorities try to crack down on potential “railway partisans” (TUT.BY, 30 March 2022; Nasha Niva, 30 March 2022). Meanwhile, reported incidents of violence against detained anti-government activists by prison guards increased last week, particularly in the Belarusian capital, Minsk. While violence in Minsk has not been common lately, it has become increasingly volatile, resulting in a shift from a place of ‘low risk’ to being considered an area of ‘growing risk’ by ACLED’s Volatility and Risk Predictability Index.

Demonstrations against price hikes associated with the increased cost of fuel also continued to be recorded across the region last week. In Northern Cyprus, about 15,000 Turkish Cypriots marched during a general strike against price hikes and the government’s policies, demanding their resignation (Detay, 1 April 2022). The mass strike-demonstration affected private and public sector services, including municipalities, hospitals, and schools (Detay, 1 April 2022). This demonstration follows various similar, smaller demonstrations, mostly in Nicosia in previous days. Demonstrations against rising fuel prices were also held in Albania, Bulgaria, Georgia, France, Germany, Italy, and Portugal. In Spain, transport workers continued to demonstrate, although at lower levels, under the Platform for the Defense of the Freight Transport Sector.

Meanwhile, in France, rioting took place over several days in the Sevran, Aulnay-sous-Bois, and Tremblay-en-France banlieues (outer suburbs) of Paris, Ile-de-France, in response to a police killing last week. On 26 March, a police officer shot a man dead at close range after responding to a call for a stolen vehicle in Aulnay-sous-Bois (Le Monde, 30 March 2022). Relations between communities living in the banlieues and the police have long been fraught, with the majority-immigrant communities facing inequality, stigmatization, and discrimination (The Guardian, 22 October 2015). During the rioting, rioters clashed with police and burned buildings and vehicles, contributing to the 414% increase in violence in Ile-de-France last week relative to the past month flagged by ACLED’s Subnational Surge Tracker. The Subnational Tracker first warned of increased violence to come in Ile-de-France in the past month.

Along the Artsakh-Azerbaijan Line of Contact, ceasefire violations decreased last week after escalating the week prior. Fighting continued to center around Parukh village in the Askeran region of Artsakh, which Azerbaijani troops entered on 24 March. This contributed to the 157% increase in violence in Azerbaijan and Artsakh last month relative to the past year flagged by ACLED’s Conflict Change Map.