Last week, Ukrainian forces continued counter-offensive operations in the north of the country, amid the withdrawal of Russian forces in the Kyiv and Chernihiv regions. Heavy fighting also persisted in the eastern and southern regions of the country, as Russia continued their bombardment and siege of Mariupol.

On 29 March, Russia announced that it will significantly cut military activity in the Kyiv and Chernihiv regions of Ukraine (RFE/RL, 29 March 2022), ahead of the likely redeployment of troops to the country’s southern and eastern regions (ISW, 29 March 2022). The pullback of Russian troops from northern Ukraine has revealed numerous war crimes committed by Russian soldiers in previously occupied territories, including the abduction, torture, rape, and killing of civilians, as well as mass looting (HRW, 3 April 2022). In Bucha in the Kyiv region, the bodies of dozens of executed civilians have been found exposed in the streets in addition to multiple mass graves (Washington Post, 3 April 2022). Similar acts of violence against civilians have been uncovered in the neighboring settlements of Irpin, Hostomel, Borodianka, and Motyzhyn (Suspilne Media, 4 April 2022). 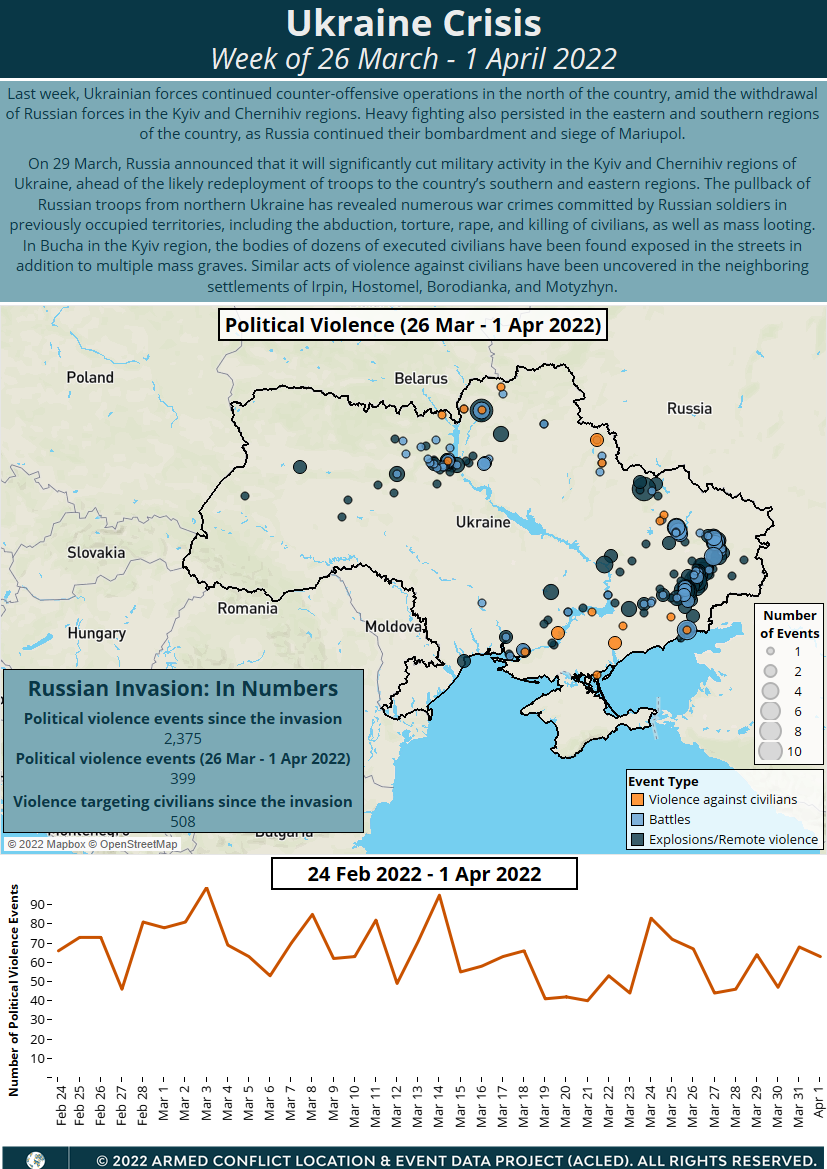 For more information, visit our Ukraine Crisis hub, which offers curated data, an interactive dashboard, the latest analysis, and more.