Ukrainian forces continued operations in the north of the country last week amid the withdrawal of Russian forces. By 8 April, Russian troops had fully pulled out of the Kyiv, Chernihiv, and Sumy regions (Kyiv Independent, 6 April 2022; Ukrinform, 9 April 2022). Heavy fighting between Ukrainian and Russian forces continued in eastern and southern Ukraine, with activity centering on the Kharkiv, Donetsk, Luhansk, Kherson, and Zaporizhia regions. Despite daily clashes, Russia did not make any significant advances last week (ISW, 10 April 2022). 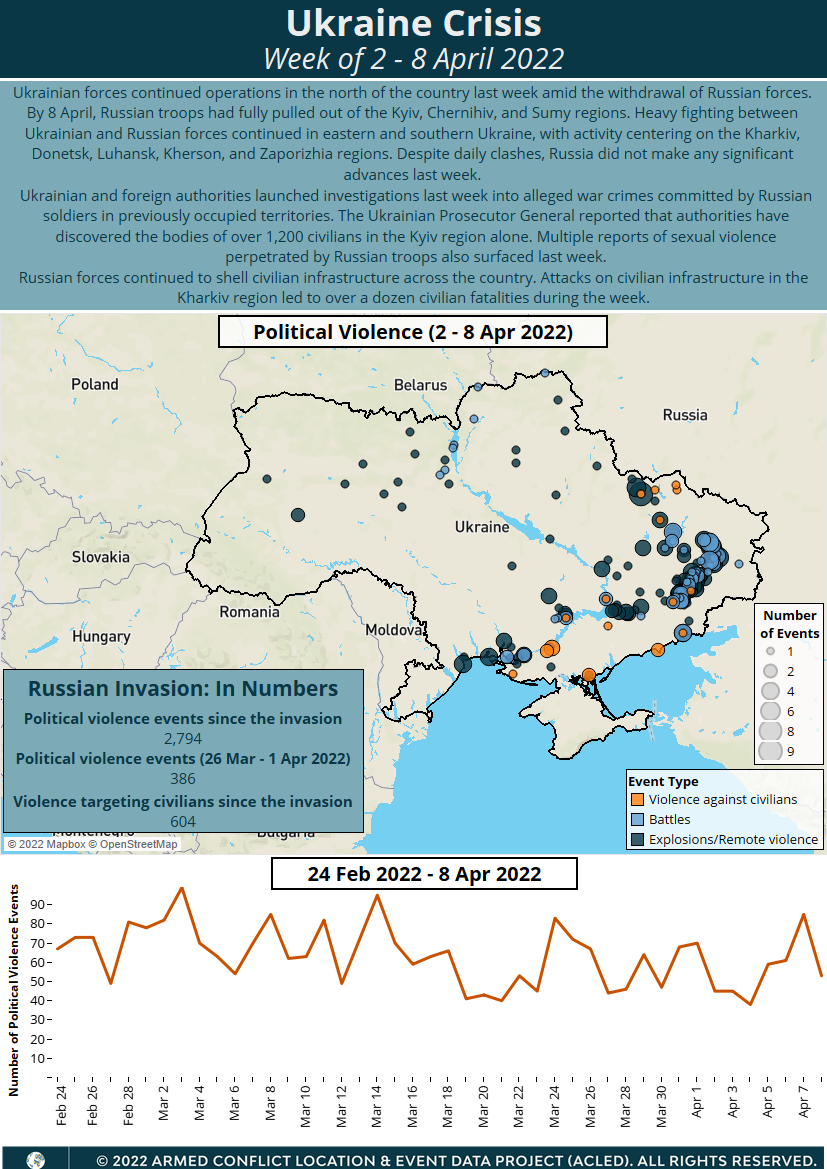