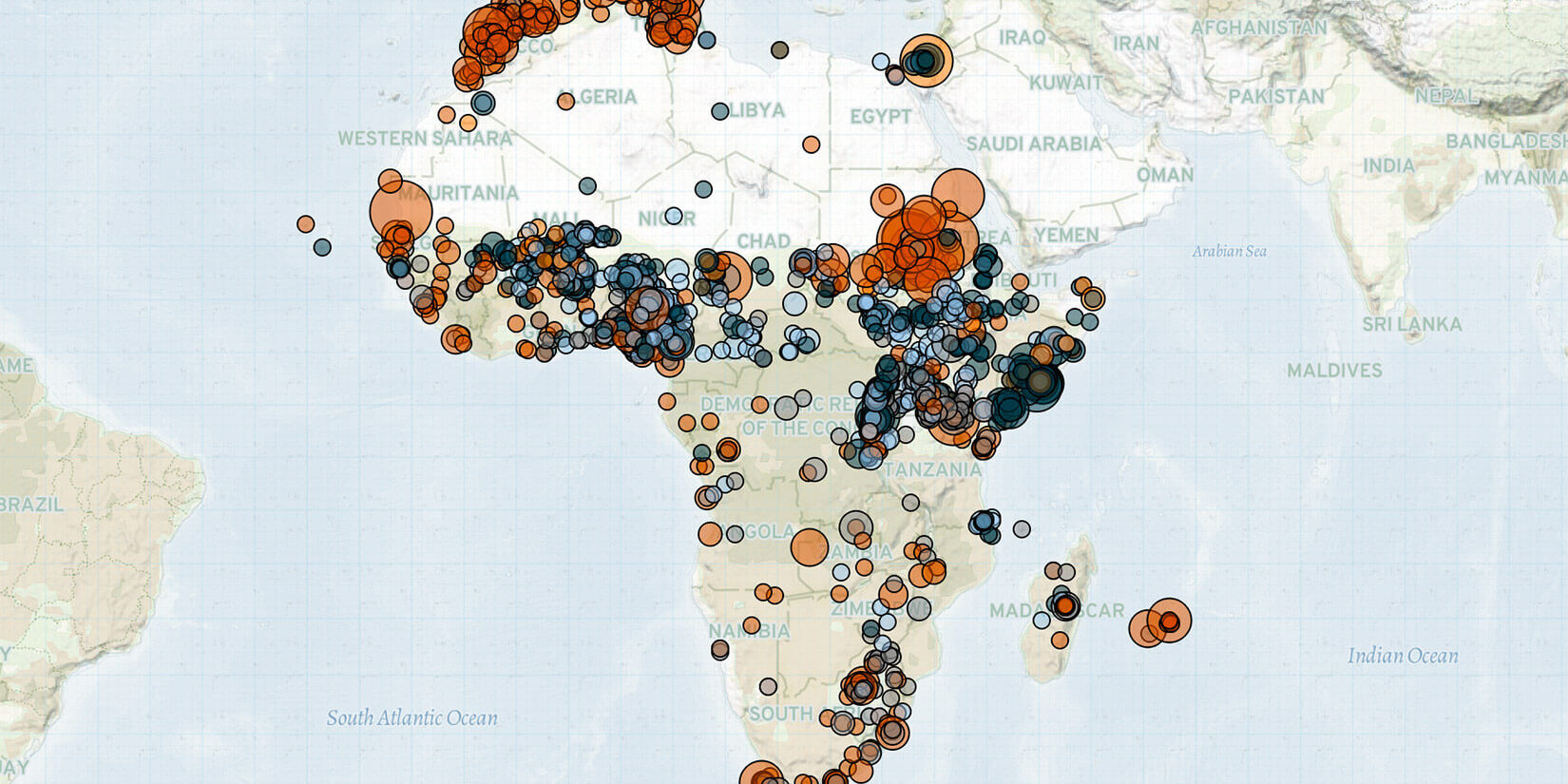 Last week in Africa, military and local self-defense militias’ continued counter-offensives against Islamist militias in Burkina Faso, Mali, and Niger; a Moroccan military drone strike incurred Mauritanian and Algerian casualties; and insecurity within the DRC disrupted some humanitarian operations and led many to flee the violence.

In Burkina Faso, the Burkinabe and Nigerien military forces continued their joint ‘Taanli’ operation, the third in a series launched since June 2021 to combat the Islamist militants along the shared borders. Fatalities were concentrated in the Sahel region following military airstrikes, killing dozens from the Tuareg community in the Markoye area of Oudalan Province, and about thirty militants in the Mansila area of Yagha Province. Elsewhere, militants of the Al Qaeda-affiliated Jama’at Nusrat al-Islam wal-Muslimin (JNIM) concentrated their activity in the East region. JNIM looted and destroyed properties, including communication antennas and government infrastructures in Gnagna and Gourma provinces. In neighboring Niger, presumed Islamic State Sahel Province (IS Sahel) militants attacked a police station in the village of Petel Kole, bordering the Sahel region of Burkina Faso. That attack coincided with the launch of the ‘Taanli 3’ joint operation and resulted in several fatalities among the police forces.

Levels of violence remained high in the Mopti region of Mali as JNIM attacked civilians and engaged in battles with local Dan Na Ambassagou and Dozo militiamen. Military forces conducted airstrikes in Gonguel, Tenenkou circle, resulting in around a dozen JNIM fatalities, including an emissary of the group’s leader, Iyad Ag Ghali (L’Essor, 17 April 2022). Further, military forces and Wagner Group mercenaries killed several children and an older man in another attack in the village of Karakindje, Koro circle.

In Mauritania, Moroccan military drone strikes targeted a group of vehicles in the village of Ain Ben Tili, near the border with the Western Sahara region. The bombardment struck near a military fort in the area but resulted in Mauritanian and Algerian civilian casualties.

In Nigeria, violence against voting stations led to a discontinuation of the voter registration across several Local Government Areas (LGAs) in Imo state. Violent events peaked in Taraba state, where gunmen from Zamfara and Katsina states clashed with military forces and took control of territory. These trends contributed to the 300% increase in violence in Taraba state last week relative to the past month flagged by ACLED’s Subnational Surge Tracker. The Subnational Tracker first warned of increased violence to come in Taraba in the past month. In addition, Nigerian fighter jets bombarded Islamist militias around the Lake Chad area, killing local fishers and farmers.

In South Sudan, violence continued in Unity state when an armed group, suspected of originating from Mayendit and Koch counties, attacked civilians and sexually assaulted women and girls in villages south of Leer town for four days, leaving scores of people killed. In the disputed area of Abyei, hundreds of Misseriya militiamen carried out concurrent attacks in the eastern and northern parts of the town, killing over 40 Ngok Dinka civilians and stealing hundreds of cattle (VOA, 15 April 2022; GardaWorld, 16 April 2022).

In the Democratic Republic of Congo, the Allied Democratic Forces (ADF) attacked and killed many civilians within Irumu territory, Ituri province. Congolese military forces (FARDC) subsequently intervened, leaving numerous ADF fatalities. In Aru territory, government forces repelled an attack by two Cooperative for the Development of the Congo (CODECO) factions, the Army of Revolutionaries for the Defense of the Congolese People (ARDPC) and the Union of Revolutionaries for the Defense of the Congolese People (URDPC). Insecurity affected humanitarian aid organisations, with international non-governmental organizations temporarily suspending some operations within Djugu and Irumu territories (Office of the Spokesperson for United Nations Secretary-General, 18 April 2022). In North Kivu province, battles between the March 23 Movement (M23) militants and FARDC continued within the Rutshuru territory, forcing thousands to flee despite the leadership of the M23 announcing a withdrawal to promote peace talks (Al Jazeera, 10 April 2022).

In Somalia, Al Shabaab militants increased attacks against government security forces and African Union Transition Mission in Somalia (ATMIS) forces in the central and southern regions. Just before a parliamentary swearing-in ceremony at the Afisiyoni camp within the Aden Adde International Airport, Al Shabaab militants fired mortar shells into the area. In Lower Shabelle, militants took control of the Warmahan village after clashing with military forces, also overtaking Shirey village without contestation from the military. In Bay, Al Shabaab engaged in an armed clash with the Ethiopian contingent ATMIS and government security forces (SNA) near Tugaar-Hoosle, leaving dozens of fatalities.

Finally, in Kenya, political parties continued with party primaries ahead of the upcoming general elections in August, coinciding with a rise in violent events among United Democratic Alliance (UDA) and Orange Democratic Movement (ODM) party supporters. This violence contributed to a 197% increase in violence in Kenya in the last month relative to the past year, as flagged by ACLED’s Conflict Change Map. Moreover, gunmen killed an Ethiopian government official around the Todonyang and Kibish border villages in Turkana, likely a retaliation attack after the killing of five peacemakers at the end of March 2022.