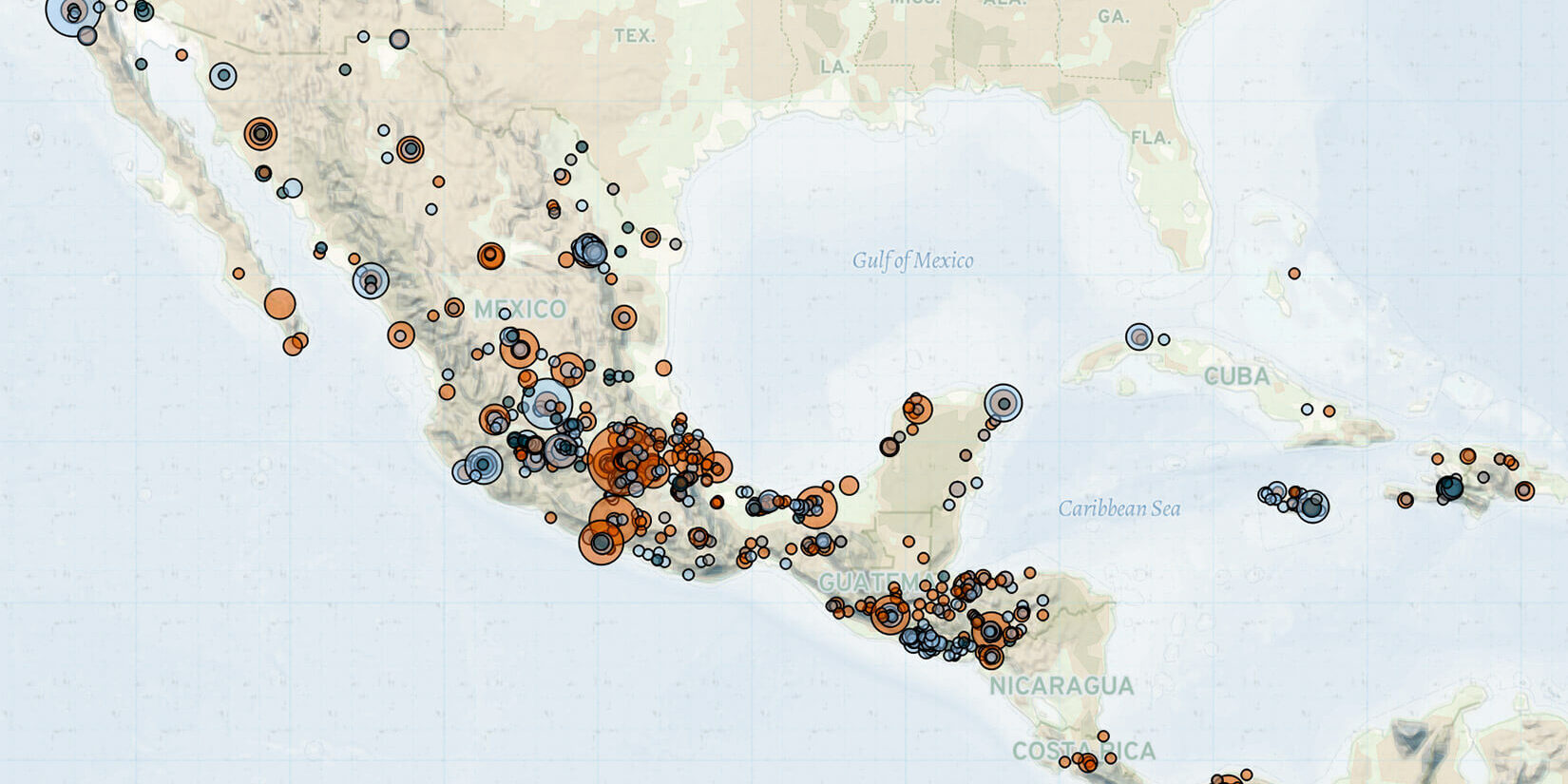 Last week in Mexico, Central America, and the Caribbean, armed groups attacked protesters in Honduras and Mexico — amid a regional decrease in demonstrations — and gang violence remained high. In Honduras, armed men attacked supporters of the Liberty and Refoundation Party (LIBRE), who were protesting against the appointment of new government officials. In Mexico, members of the Gulf Cartel dispersed a roadblock carried out by truck drivers in Tamaulipas state, while demonstrators barricaded roads in Chiapas state over an unresolved land conflict. Meanwhile, gang violence increased in Tabasco and Zacatecas states. In Jamaica and Trinidad and Tobago, violence increased last week, driven by attacks against civilians by gangs and unidentified armed groups. In Haiti, violence intensified in the Croix-des-Bouquets district amid security operations and gang attacks.

In Honduras, armed suspects shot at supporters of the ruling LIBRE party who were holding a sit-in protest in Choluteca last week. Protesters had occupied the premises of the Regional Health Authority since March, demanding the appointment of a member of LIBRE or the allied Savior Party of Honduras (PSH) party to replace the incumbent director, who is a supporter of the Liberal Party of Honduras (PLH) (La Tribuna, 12 April 2022). Ongoing tensions between government and opposition parties over nominations for cabinet and heads of public institutions have triggered demonstrations since President Xiomara Castro assumed office on 27 January.

In Mexico, truck drivers blocked two bridges connecting Chihuahua and Tamaulipas states with the US state of Texas for three consecutive days in opposition to new customs regulations issued by the Texan government. The new Texan regulations include more exhaustive inspections of cargo trucks to combat human and drug trafficking, which drivers claim are causing delivery delays (Milenio, 13 April 2022). Members of the Gulf Cartel dispersed a roadblock at Reynosa, Tamaulipas, forcing drivers to abandon their vehicles and setting them on fire. Following this incident, state police officers clashed with cartel members, arresting three. The Gulf Cartel controls drug and migrant trafficking routes from Tamaulipas to the US (Infobae, 13 April 2022).

Meanwhile, in Chiapas state, an ongoing land dispute triggered demonstrations in Ocosingo municipality last week. On 13 April, residents barricaded roads and detained police officers, including the director of the municipal police, demanding a government-led solution to an ongoing dispute between rival communities that claim property rights over a plot of land in the area (El Universal, 14 April 2022). These demonstrations coincided with a visit by President Andrés Manuel López-Obrador to his ranch in Ocosingo municipality (El Diario de Chihuahua, 15 April 2022). These events contributed to the 200% increase in violence in Chiapas last week relative to the past month flagged by ACLED’s Subnational Surge Tracker. The tracker first warned of increased violence to come in Chiapas in the past month.

In Tabasco state, gang attacks against civilians reportedly left five people dead last week. The attacks took place primarily in Huimanguillo and Centro municipalities. Authorities report that violence in this state is often related to disputes between local criminal groups allied with larger cartels for the control of drug markets and fuel theft (Silla Rota, 26 July 2021; Xeva FM, 23 May 2021). Similarly, in Zacatecas state, armed group attacks against civilians resulted in several reported fatalities, including a gang attack in Pinos municipality that left six people dead. The CJNG and the Sinaloa Cartel control the drug production and trafficking routes in Zacatecas (El Sol de México, 21 February 2022). These trends contribute to the 140% and 300% increase in violence in Tabasco and Zacatecas, respectively, over the past week relative to the past month, as flagged by ACLED’s Subnational Surge Tracker. The tracker first warned of increased violence to come in Tabasco in the past month.

In Jamaica, heightened levels of violence against civilians continued last week. In Kingston, armed men carried out a drive-by shooting, injuring 12 people. Meanwhile, gang members raped a woman and killed two men in Saint-Elizabeth parish. Following the attack, the gang members shot and injured two residents who tried to chase them. While violence in Saint Elizabeth has not been common, it has become increasingly volatile, resulting in a shift from a place of ‘low risk’ to being considered an area of ‘growing risk’ by ACLED’s Volatility and Risk Predictability Index. In February, the national police announced the creation of a new task force to fight gangs, which the authorities claim are responsible for most of the violence in the country (Loops News, 11 February 2022; Reuters, 14 February 2022). Gang-related violence drove the 54% increase in violence in the country last month relative to the past year flagged by ACLED’s Conflict Change Map, which first warned of increased violence to come in the country in the past month.

In Trinidad and Tobago, violence increased last week compared to the week prior, driven by armed attacks against civilians in the San Juan-Laventille region and Arima municipality in the northern part of the country. In Arima, two men were killed in separate attacks, with one of the attacks perpetrated by gang members and the other by unidentified suspects. Police have identified at least 25 gangs operating in the northern area of Trinidad, reporting a recent increase in gang activity in Arima municipality (Newsday, 2 December 2021). While violence in Arima has not been common, it has become increasingly volatile, resulting in a shift from a place of ‘low risk’ to being considered an area of ‘growing risk’ by ACLED’s Volatility and Risk Predictability Index.