Heavy fighting continued in the eastern and southern parts of the country last week, though Russian forces made no major territorial gains. The besieged city of Mariupol continues to see intense fighting around the last pockets of Ukrainian forces. Russian forces escalated missile attacks across Ukraine, targeting railways, airports, and civilian buildings. 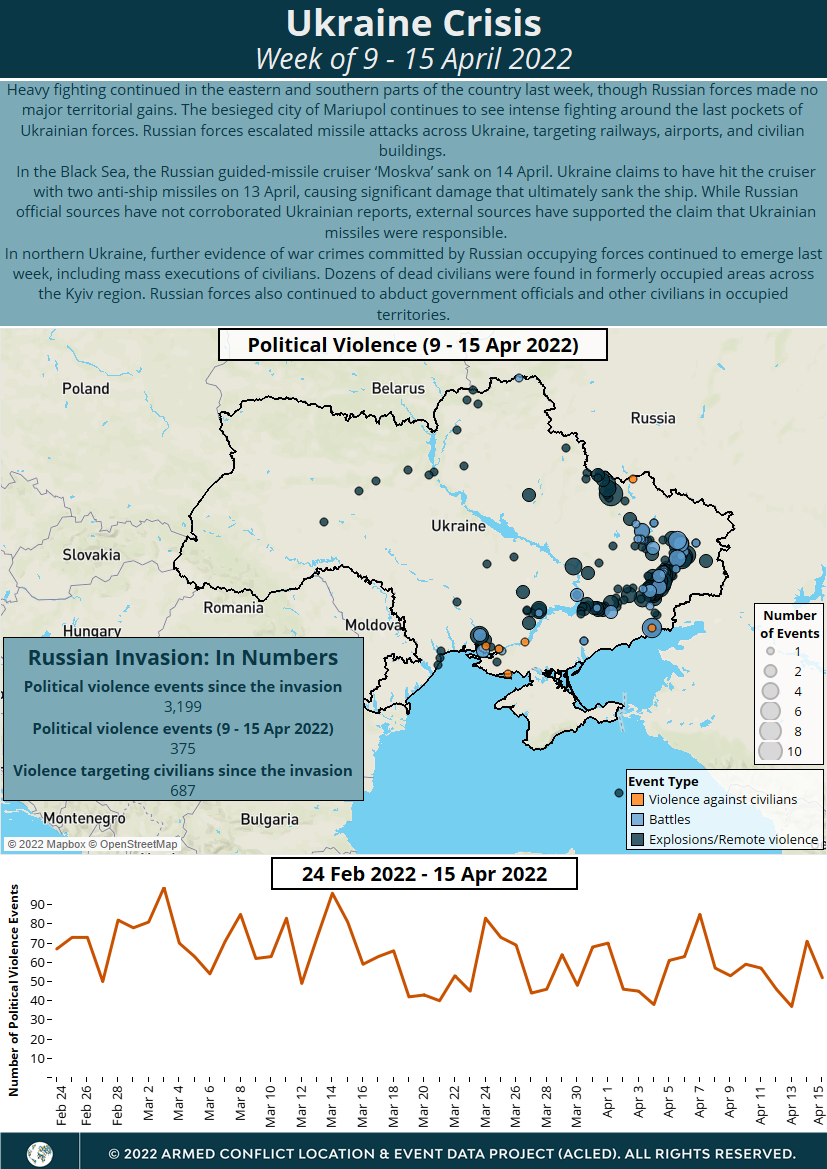