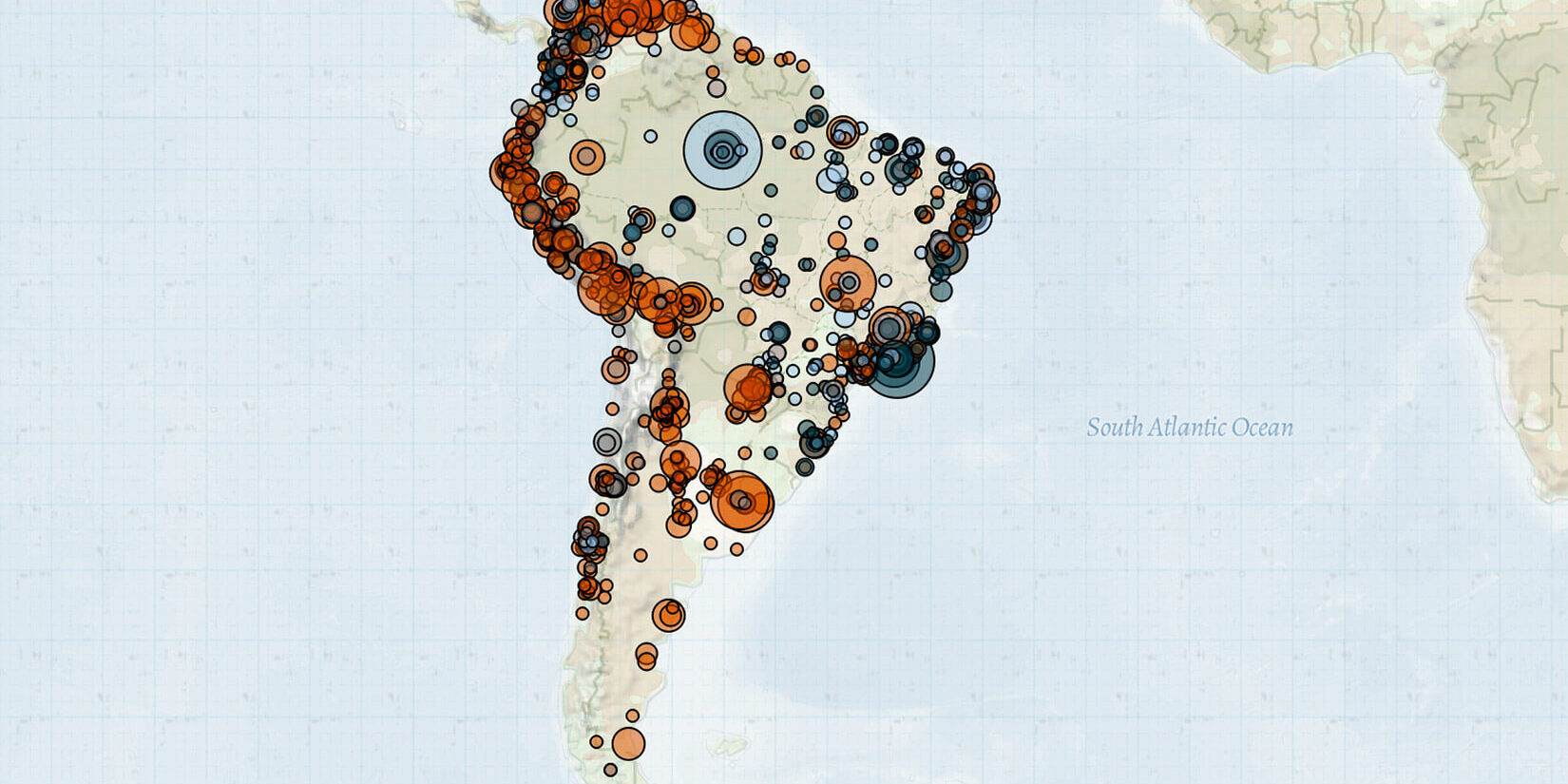 Last week in South America, a demonstration by Bari and Wayuu Indigenous people in Venezuela turned violent following the intervention of local residents and police forces. In Colombia, the Gulf Clan and the Self-Defense Conquerors of Sierra Nevada continued to clash in the Magdalena department. In Brazil, a ‘New Cangaço’ armed group clashed with state forces in Paraná state. Meanwhile, nine deaths related to drug trafficking disputes were recorded in Bahia state. Lastly, in Chile, Indigenous militia groups continue to carry out attacks on forest companies and civilians in the southern regions.

In Venezuela, a demonstration in Jesús María Semprún municipality, Zulia state, turned violent when locals, merchants, and police officers attempted to disperse a crowd of Bari and Wayuu Indigenous people blocking the Machiques-Colon highway last week. Police used tear gas and rubber bullets to disperse the demonstrators, triggering the clash. Indigenous demonstrators had been blocking the highway at six different points across the municipality for at least 12 days. At least two people were seriously injured during the clash. The demonstrators demand immediate elections to replace the municipality’s acting mayor, who was placed in office by Nicolás Maduro’s administration after the previous mayor was arrested for drug trafficking (El Pitazo, 21 April 2022). Locals in the area, who depend on the highway to trade with the rest of the country, blame demonstrators for food and fuel shortages, loss of income, and the outbreak of violence (El Pitazo, 21 April 2022).

In Colombia, the Gulf Clan and the Self-Defense Conquerors of Sierra Nevada — also called ‘Los Pachenca’ — clashed in Ciénaga, Magdalena department. Two civilians were killed during the armed confrontation, which lasted two consecutive days, resulting in more than 500 people being displaced (El Tiempo, 14 April 2022). Elsewhere, in Frontino, Antioquia department, the Gulf Clan attacked a military base in the Nutibara area with an explosive device, killing seven soldiers. This incident contributes to the 155% increase in violence in Antioquia over the past week relative to the past month, as flagged by ACLED’s Subnational Surge Tracker. Violence in Antioquia is both common and highly volatile; it is considered an area of ‘extreme risk’ by ACLED’s Volatility and Predictability Index.

In Brazil, on 17 April, a ‘New Cangaço’ group blew up a bank and attacked a military police station in Guarapuava city, Paraná state, injuring two military police officers and one civilian. During the attack, the group held civilians hostage and closed entrances to the city. The use of the term Cangaço links to a form of social banditry in the northeast of Brazil between 1870 to 1930 (Ponte Jornalismo, 19 April 2022). This modality of crime involves heavily organized armed groups besieging small- and medium-sized cities to intimidate local populations (UOL, 31 August 2021). Their practices consist of blowing up bank agencies, post offices, ATMs, and lottery houses. This phenomenon is the backbone of other types of actions carried out by organized criminal groups, as the stolen money from these financial institutions is used to acquire new weapons and technologies to bolster organized crime in the country (UOL, 31 August 2021). Additionally, the ‘New Cangaço’ phenomenon has evolved into a more extreme and violent style of robbery, known as city hijacking (domínio de cidades, in Portuguese), in which the goal is not only to increase the chances of a successful robbery but also to suppress any reaction from state forces (Ponte Jornalismo, 19 April 2022).

Moreover, in Brazil, at least nine people were killed in the state of Bahia due to drug trafficking disputes last week. Over the past decade, Bahia has been hit by an influx of organized crime and drug trafficking, causing violence to rise due to disputes over the control of the drug market and territories (A Tarde, 7 September 2021). In particular, the expansion of the First Capital Command (PCC) and the Red Command (CV) to the northeast of Brazil has fueled disputes with local drug trafficking groups seeking dominance in the region (A Tarde, 7 September 2021). Violence in Bahia is both common and highly volatile; it is considered an area of ‘extreme risk’ by ACLED’s Volatility and Predictability Index.

In Chile, Indigenous militias perpetrated several attacks in Araucanía and Biobío regions last week. In Biobío region, unidentified perpetrators, suspected of being members of an Indigenous militia, attacked a police checkpoint and destroyed several forestry vehicles and property houses in Arauco province. Moreover, the Mapuche Territorial Alliance (ATM) and the Mapuche Lavkenche Resistance (RML) attacked forestry companies and set fire to private properties also in Arauco province. ACLED’s Emerging Actor Tracker flagged the RML as an emerging actor over the past month in Chile. The presence of emerging actors indicates a change in the conflict environment, with civilians often bearing the burden of such new activity; civilians were targeted by the RML, for example, earlier this month.

Meanwhile, in Araucanía region, hooded men of the Mapuche Malleco Resistance (RMM) set fire to a tourist village in the Malleco province and threatened the owner of the tourist village. A Mapuche armed group also attacked several truck drivers, burned vehicles, and injured four civilians in the area. ACLED’s Subnational Surge Tracker first warned of increased violence to come in Araucanía in the past month. Indigenous militia activity in the southern regions contributed to the 105% increase in violence in Chile last month relative to the past year flagged by ACLED’s Conflict Change Map, which first warned of increased violence to come in the country in the past month. Indigenous activists who fight for Mapuche rights have claimed for decades that their territory has been illegally occupied by agriculture and forestry companies acting with state complicity (Reuters, 10 July 2021) (for more, see this ACLED Analysis piece: Understanding Indigenous Conflict in Chile).