Heavy fighting continued in eastern and southern Ukraine over the past two weeks, with violence concentrated in the eastern regions of Donetsk, Luhansk, and Kharkiv. The city of Mariupol in the Donetsk region remains under siege, with Ukrainian soldiers and civilians trapped in the Azovstal plant. Russian troops continued their daily bombardment of the plant and reportedly entered the plant on 4 May, resulting in heavy battles (The Guardian, 5 May 2022).

Russian forces also intensified attempts to advance in the Luhansk region, yet failed to capture new territories. Ukrainian forces regained control over a dozen settlements in the Kharkiv region following clashes with Russian forces, and carried out several attacks on Zmiinyi Island (Snake Island) in the Black Sea (5 Kanal, 1 May 2022).

Russian missile attacks continued across Ukraine over the past two weeks, often targeting civilian infrastructure. Russian forces also carried out airstrikes targeting evacuation routes from Mariupol and in the Luhansk and Kharkiv regions. 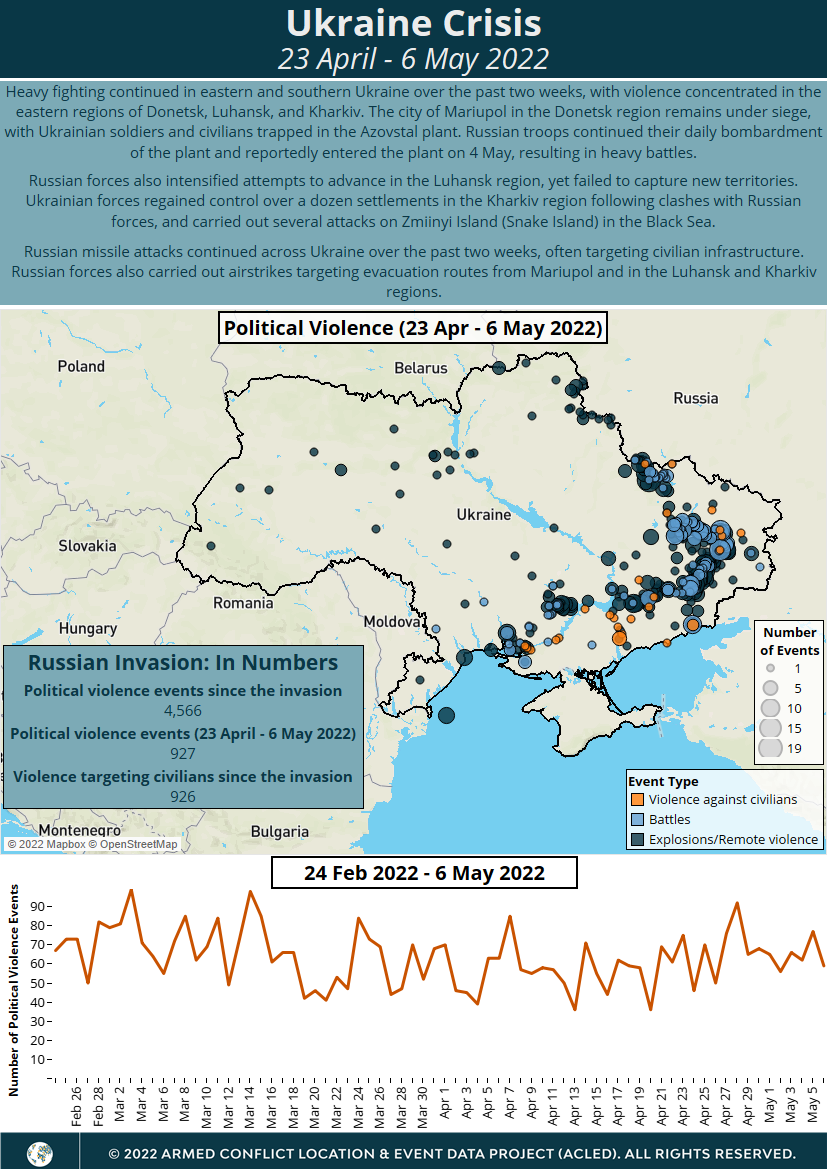