Fighting was concentrated in the Donetsk, Luhansk, and Kharkiv regions last week. In Donetsk, Russian forces gained full control of Mariupol following the surrender of remaining Ukrainian fighters in the Azovstal plant. Under an agreement with Ukraine, Russian forces transported hundreds of Ukrainian soldiers to medical facilities in occupied territories on 16 May (The Guardian, 17 May 2022). Mariupol had been under siege since the beginning of March. With the final capture of Mariupol, Russian forces intensified offensive operations in the rest of the Donetsk region but failed to secure any further significant territorial gains (ISW, 21 May 2022). In the Luhansk region, Russian forces reportedly suffered heavy losses during continued attempts to advance in the area of Severodonetsk (24 Channel, 19 May 2022).

Russian forces continued to target civilian infrastructure across Ukraine with shelling and missile attacks. In the Chernihiv region, Russia fired missiles at Desna on 17 May, destroying a residential building; 87 people were found dead under the rubble (Unian, 23 May 2022). Deadly Russian shelling of residential areas was also recorded in the Donetsk, Kharkiv, Kherson, and Zaporizhia regions.1Fatality numbers are frequently the most biased and poorly reported component of conflict data; they can vary considerably and are often the subject of debate given the strategic incentives to over- or underestimate these numbers, as well as the significant logistical difficulties in collecting accurate data, among other factors (for more, see this piece by ACLED in Washington Post, 2 October 2017). 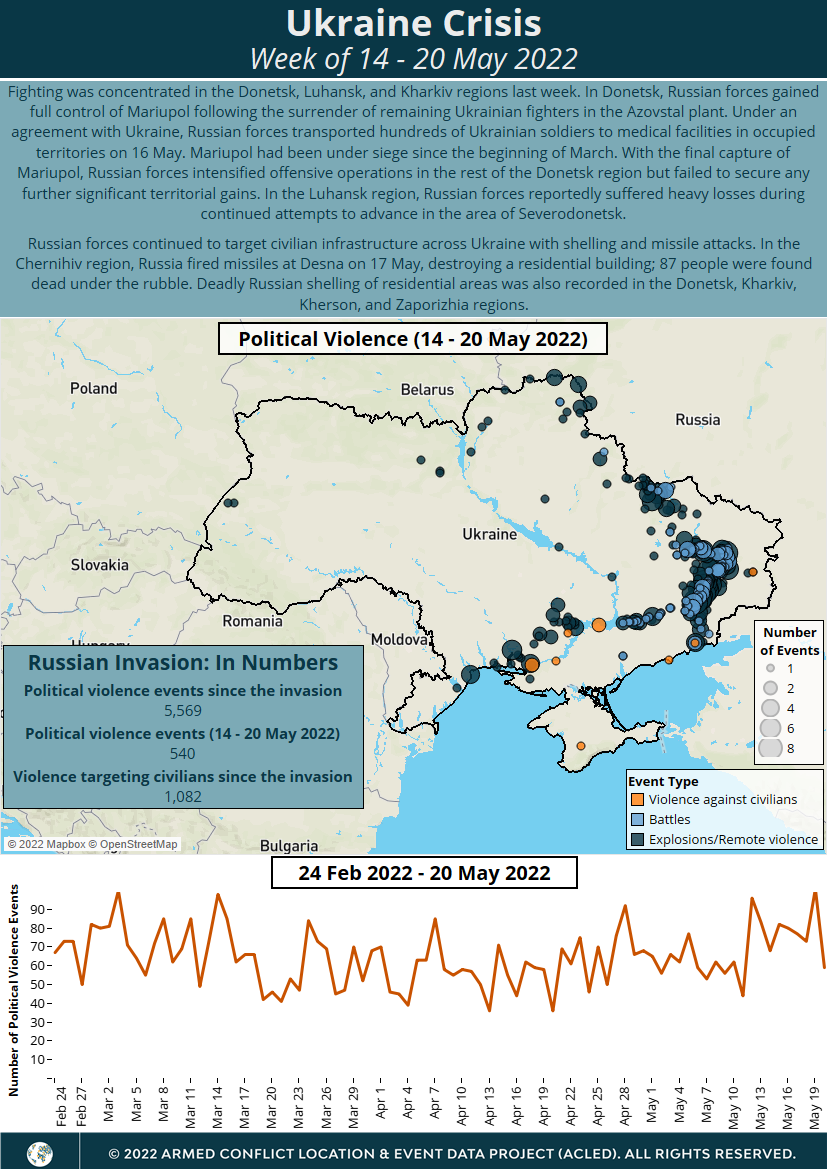