Regional Overview: Mexico, Central America, and the Caribbean
21-27 May 2022 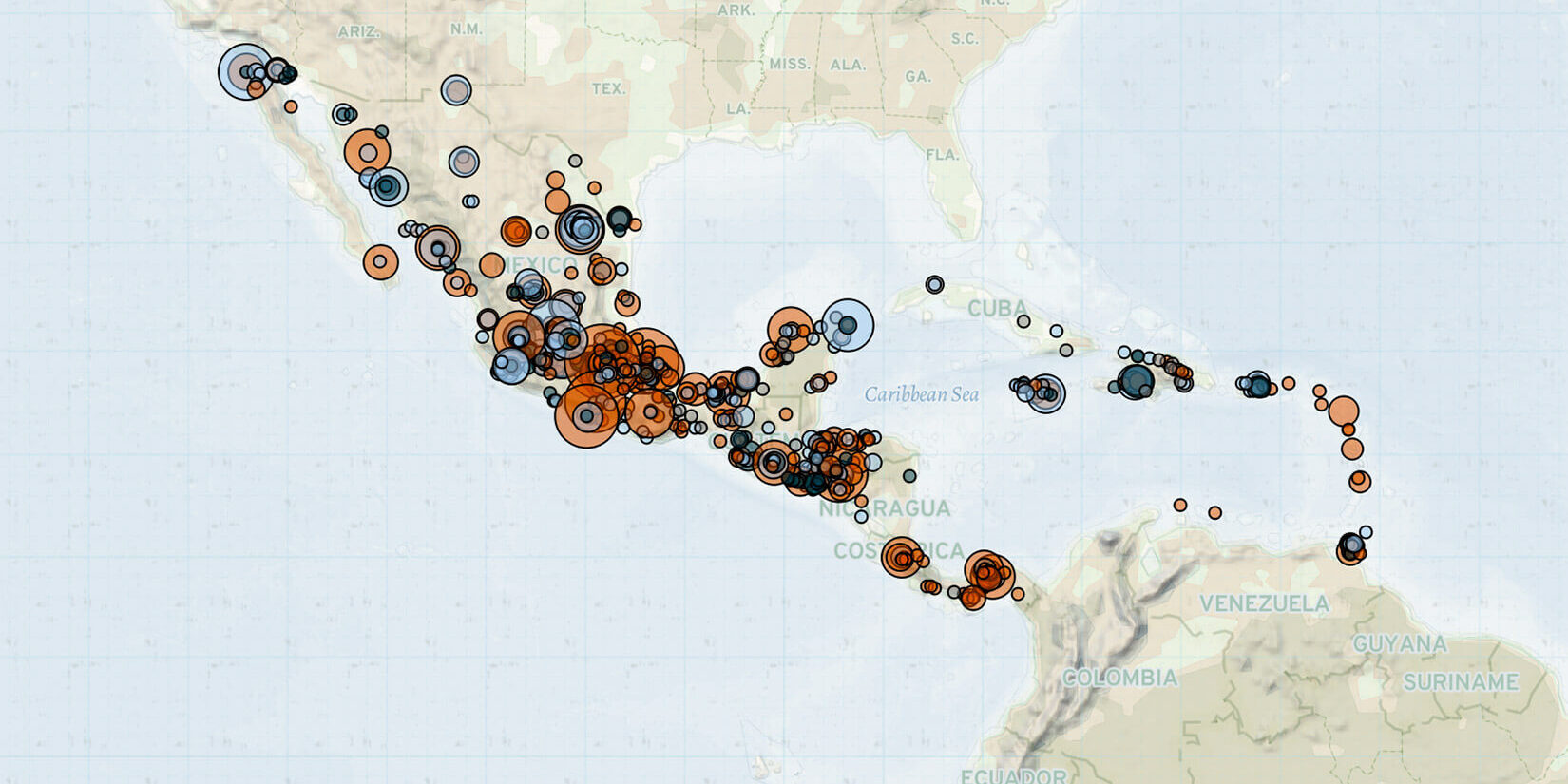 Last week in Mexico, Central America, and the Caribbean, political violence remained high amid several high-profile targeted attacks in the region, including the killings of activists and lawyers in Mexico and Honduras, and a Jamaica Labour Party (JLP) councilor in Jamaica. Meanwhile, gang-related violence continued in Guatemala, Mexico, and Haiti. In Mexico, members of the Santa Rosa de Lima Cartel shot and killed members of the Jalisco New Generation Cartel (CJNG) in Guanajuato, while, in Chiapas state, gang members killed seven people. In Guatemala, extortion-related attacks by gang members increased last week. In Haiti, violence continued in Ouest department, with clashes between rival gangs in Port-au-Prince. Finally, in Nicaragua, armed members of the Miskito Indigenous community and armed settlers clashed over land disputes in Costa Caribe Norte department.

In Honduras, unidentified assailants shot and killed the Special Prosecutor for the Environment in front of her house in Nacaome, Valle department, on 27 May. The victim was also the sister of a senior officer of the Honduran armed forces (Swiss Info, 28 May 2022). Preliminary investigations have not confirmed whether the attack was linked to the victim’s profession or kinship with the official; however, the Organization of American States has attributed it to organized crime (Infobae, 28 May 2022). The Honduran College of Lawyers has denounced the lack of security guarantees for lawyers and prosecutors, as well as the failure of the justice system to investigate these attacks, as most are left unpunished (El Libertador, 28 May 2022).

Similarly, in Mexico, armed suspects killed an activist and a lawyer last week in separate attacks in Oaxaca and Puebla states, respectively. In Pinotepa Nacional, Oaxaca, armed men shot and killed an activist and member of the Democratic Civic Union of Neighbourhoods, Colonies, and Communities (UCIDEBAC), which advocates for the defense of peasants, Indigenous and Afro-Mexican communities. The UCIDEBAC has claimed that state forces had been carrying out unconstitutional operations in their communities in the weeks leading up to this attack and denounced their constant harassment by authorities (El Universal, 24 May 2022).

In Puebla state, two armed men shot and killed a woman lawyer, feminist advocate, and human rights defender in a drive-by shooting near Santiago Momoxpan last week. The victim had previously received multiple death threats after accusing several local politicians of involvement in cases of gender-based political violence (El Pais, 27 May 2022; DW, 22 May 2022). Despite seeking official state protection in response to these threats, she had never received it (Infobae, 22 May 2022). Following the shooting, members of feminist organizations took to the streets in Puebla and Mexico states, calling for justice in this case and the prevention of other cases of femicide. Mexico ranks among the most violent countries for women in politics.

In Chiapas state, gang suspects kidnapped, tortured, and executed seven members of a family in Zamora Pico de Oro last week. The motivation behind the killings has not been confirmed, but experts claim that the incident may be linked to growing disputes between armed groups in the area, which sits along the border with Guatemala (Infobae, 22 May 2022). While violence in Chiapas has been common, it has become increasingly volatile, resulting in a shift from a place of ‘consistent risk’ to being considered an area of ‘extreme risk’ by ACLED’s Volatility and Risk Predictability Index.

In Guatemala, violence against civilians increased last week, driven by gang attacks against taxi and bus drivers that left two drivers dead and several injured. Such attacks are often linked to extortion attempts by gangs that charge public transport drivers and store owners in exchange for the right to work (Guate Visión, 20 December 2021). Most of the attacks occurred in the Guatemala department, contributing to the 100% increase in violence in this department last week relative to the past month flagged by ACLED’s Subnational Surge Tracker, which first warned of increased violence to come in the past month. Local experts have blamed the increase in violence on the recent anti-gang operations in El Salvador, which have pushed gangs to migrate to neighboring countries (Prensa Libre, 9 May 2022).

In Jamaica, a JLP councilor was shot and killed by armed suspects in a drive-by shooting attack in Kingston last week. According to police, the killing was a targeted attack against the victim, who had a criminal record for conspiring to kill a man during elections in 2007 (Jamaica Gleaner, 27 May 2022). Attacks by gunmen against civilians continued to be the main driver of violence in the country, with several other attacks recorded last week, including the killing of a man by members of the Speculation gang in Saint Elizabeth parish. Local politicians have denounced the expansion of criminal groups to rural areas in Saint Elizabeth parish, which were traditionally considered low-crime areas (Jamaica Observer, 30 May 2022). ACLED’s Emerging Actor Tracker flagged the Speculation gang as an emerging actor over the past month in Jamaica; the presence of emerging actors indicates a change in the conflict environment, with civilians often bearing the burden of such new activity.

In Haiti, violence continued at high levels last week as members of the G-9 gang alliance clashed with an unidentified gang in the center of Port-au-Prince and Delmas district, leaving an unknown number of gang members and civilians dead. These clashes occurred after members of the G-9 erected barricades around the Delmas 6 area to protect the leader of the G-9 from attacks by rival gangs (Haiti Standard, 26 May 2022). According to residents, the unidentified gang — that operates in the Mayard area — initiated the clashes in an attempt to take over areas controlled by the G-9 (Le Facteur Haiti, 26 May 2022). This violence contributed to the 32% increase in violence in Haiti last month relative to the past year flagged by ACLED’s Conflict Change Map, which first warned of increased violence to come in the country in the past month.

In Nicaragua, armed members of the Miskito Indigenous group and armed settlers clashed Costa Caribe Norte department last week, leaving four people dead. The shoot-out took place in the Sukatpin community after armed settlers attempted to invade communal land in the Twi Waupasa Indigenous territory. Since 2015, the population of this autonomous region has been subject to ongoing threats and intimidation by settlers, who have occupied and invaded Indigenous territories to carry out illegal mining, farming, and livestock activities (Onda Local, 31 March 2022). Grassroots organizations have reported inaction by government authorities to disarm and expel armed settlers from ancestral territories (Confidencial, 9 January 2022).