Fighting between Russian and Ukrainian forces continued primarily in the eastern regions of Donetsk, Luhansk, and Kharkiv last week. Half of all political violence events reported during the week took place in the Donetsk region, where Russian and Russian-led forces advanced in the Lyman area. With the Luhansk region almost entirely occupied, Russian forces continued their attempts to encircle Severodonetsk and cut off Ukrainian forces in the city (ISW, 6 May 2022; The Washington Post, 29 May 2022).

Dozens of civilians were reportedly killed1Fatality numbers are frequently the most biased and poorly reported component of conflict data; they can vary considerably and are often the subject of debate given the strategic incentives to over- or underestimate these numbers, as well as the significant logistical difficulties in collecting accurate data, among other factors (for more, see this piece by ACLED in Washington Post, 2 October 2017). by Russian shelling and airstrikes in the eastern and southern regions of the country last week. Additionally, Russian forces continued to abduct civilians, including government officials and their family members, from occupied territories in the Zaporizhia, Kherson, and Kharkiv regions. The Russian military also forcibly deported hundreds of civilians from the Donetsk region to Russia (24 Channel, 22 May 2022). 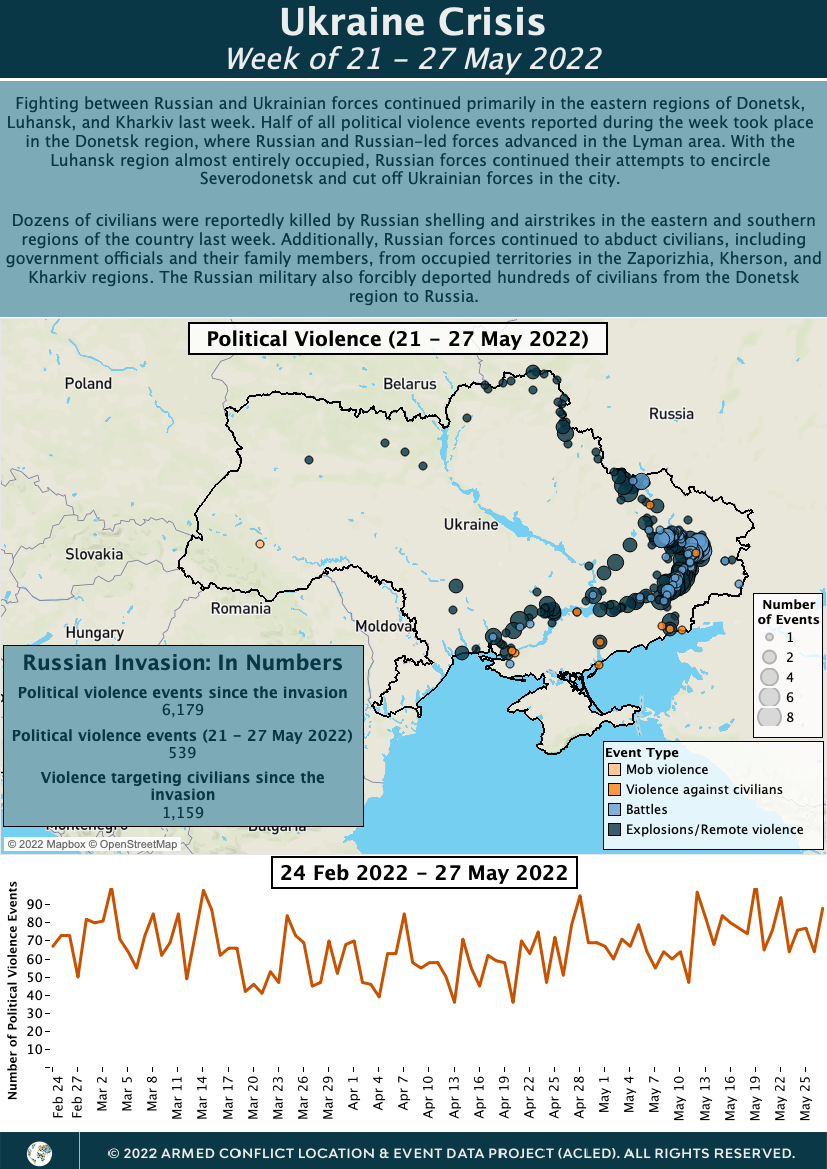